I’m so excited to launch a slightly new incarnation of Kitchen Vignettes on PBS Food today! These recipe videos will have all the same garden-to-table magic as before, but each one will now feature a different farmer or gardener sharing a recipe from their own kitchen.

For this newest episode, I met up with Alanna Rose of Cairncrest Farm. When Alanna proposed making seared romaine lettuce, a little light went off in my head because my own garden is full of different lettuces that I planted this spring but this was something totally new and different to make with my romaines. 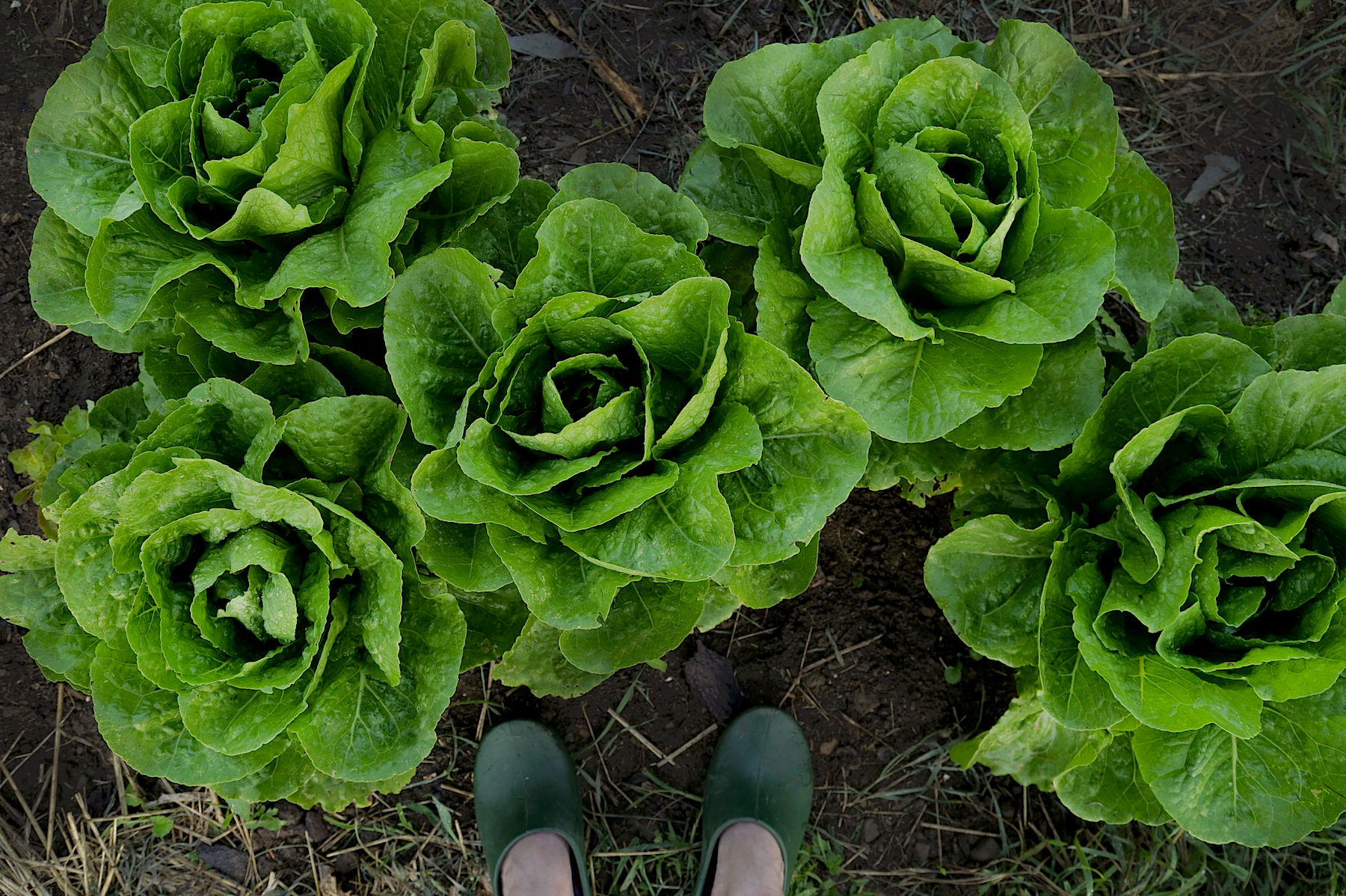 I even tried this searing method with my butterhead lettuces and lo and behold, it was delicious! It was something that hadn’t occurred to me to try, because even though I’d heard of grilling lettuce before, I don’t get out and “grill” much. That’s why I love Alanna’s technique because it’s so simple and easy (just butter and a pan) and yet it’s a completely original new way of eating lettuce, transforming a humble head of greens into something a little bit more intriguing, and making it the perfect backdrop for any number of toppings. One of my favorites is a good dollop of homemade Caesar dressing with crispy bacon (or smokey tempeh for a veg version), croutons, and parmesan, for a grilled take on the classic Caesar salad. But Alanna also sold me on serving a simple fried egg over the lettuce and it’s a combination I’ve been devouring for many of my lunches lately. I also loved finding out that even her two year-old son loves to eat seared lettuce! (Though when we filmed the video, he didn’t altogether go for it because he had just eaten a bowl of cereal). 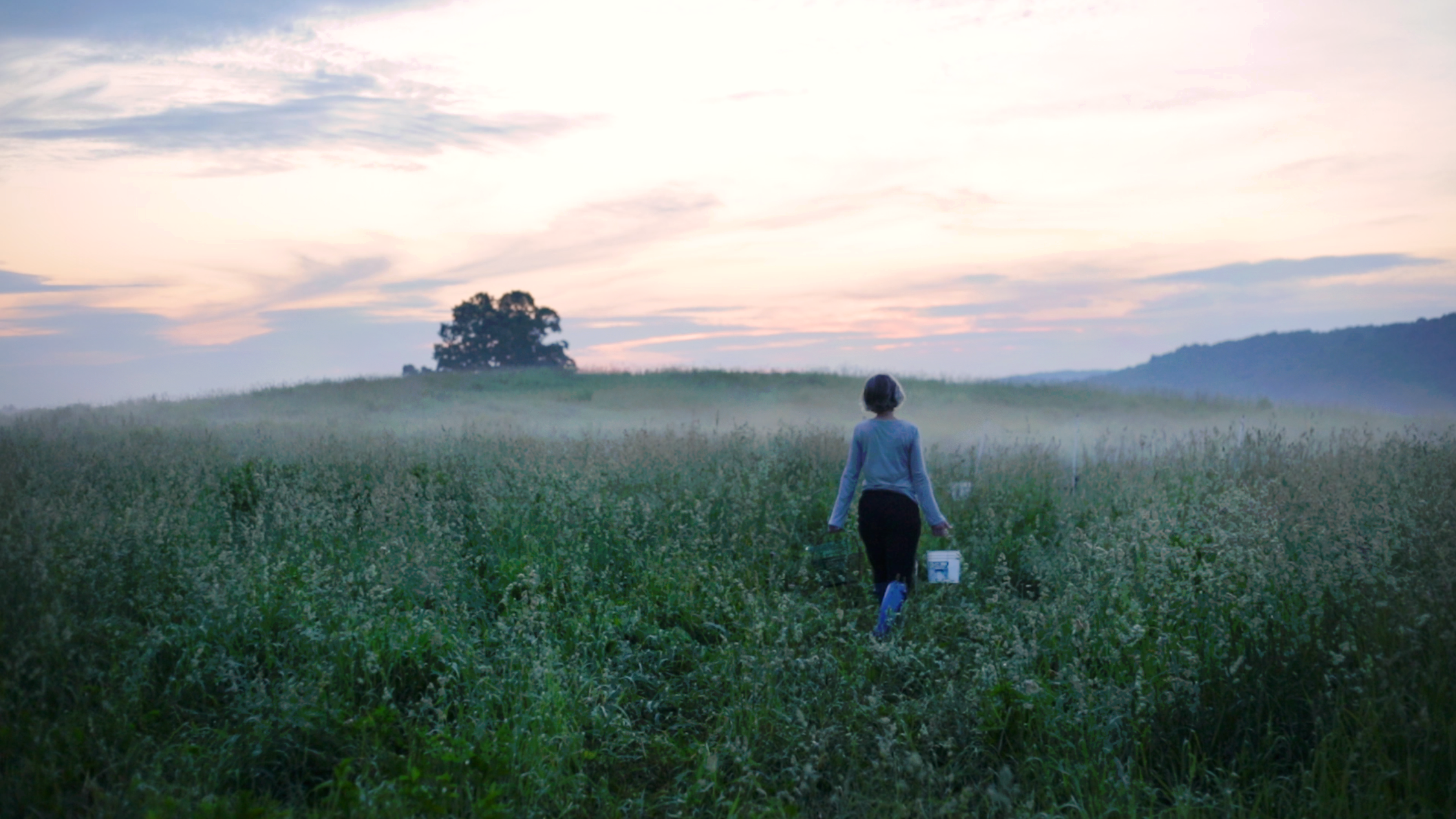 Spending time on Alanna’s farm was magical, especially gathering eggs with her in the wee hours of “morning, when the air is so fragrant, the sky just beginning to wake up with singing hues of blues and pinks, and the fields decked in dew drops and thin wisps of mist. What a beautiful morning ritual to start each day.

Alanna’s garden is made up of permanent beds that are well-nourished with the addition of minerals and homemade biochar. It’s no wonder that her greens and lettuces look so vibrantly healthy. As for the pastures, they are also lush and green and bursting with health and biodiversity, likely due to the grazing animals that nourish their soils with their manure. Alanna and her farm partners produce 100% grass-fed beef, lamb, as well as pastured pork and eggs. As she mentions briefly in the video, the quality of grass-fed and pastured meat and eggs is superior in terms of not only nutritional content, but also flavour, and environmental impact. Compared to their grain-raised counterparts, grass-fed meat & dairy contain more Omega-3’s (the good fats!), more vitamin E, and more “conjugated linoleic acid” or CLA (which is a cancer preventer and an immune booster, even in small amounts). Cows and sheep are naturally designed to eat grasses and therefore can be raised on a 100% grassfed diet. Pigs and chickens on the other hand, do need to have their grass-fed / pastured diets supplemented with a certain amount of grain. The animals live happy lives outside, doing what they love to do, and eating what they love to eat (cows’ stomachs aren’t meant to digest large amounts of corn and soy which is what they are generally fed on conventional farms). Spending time with Alanna and browsing their very informative website, taught me more about the benefits of grass-fed and pastured animal products. I came home with two beautiful cartons of fresh farm eggs which I immediately cooked up and placed on top of a buttery, seared head of my garden romaine lettuce. 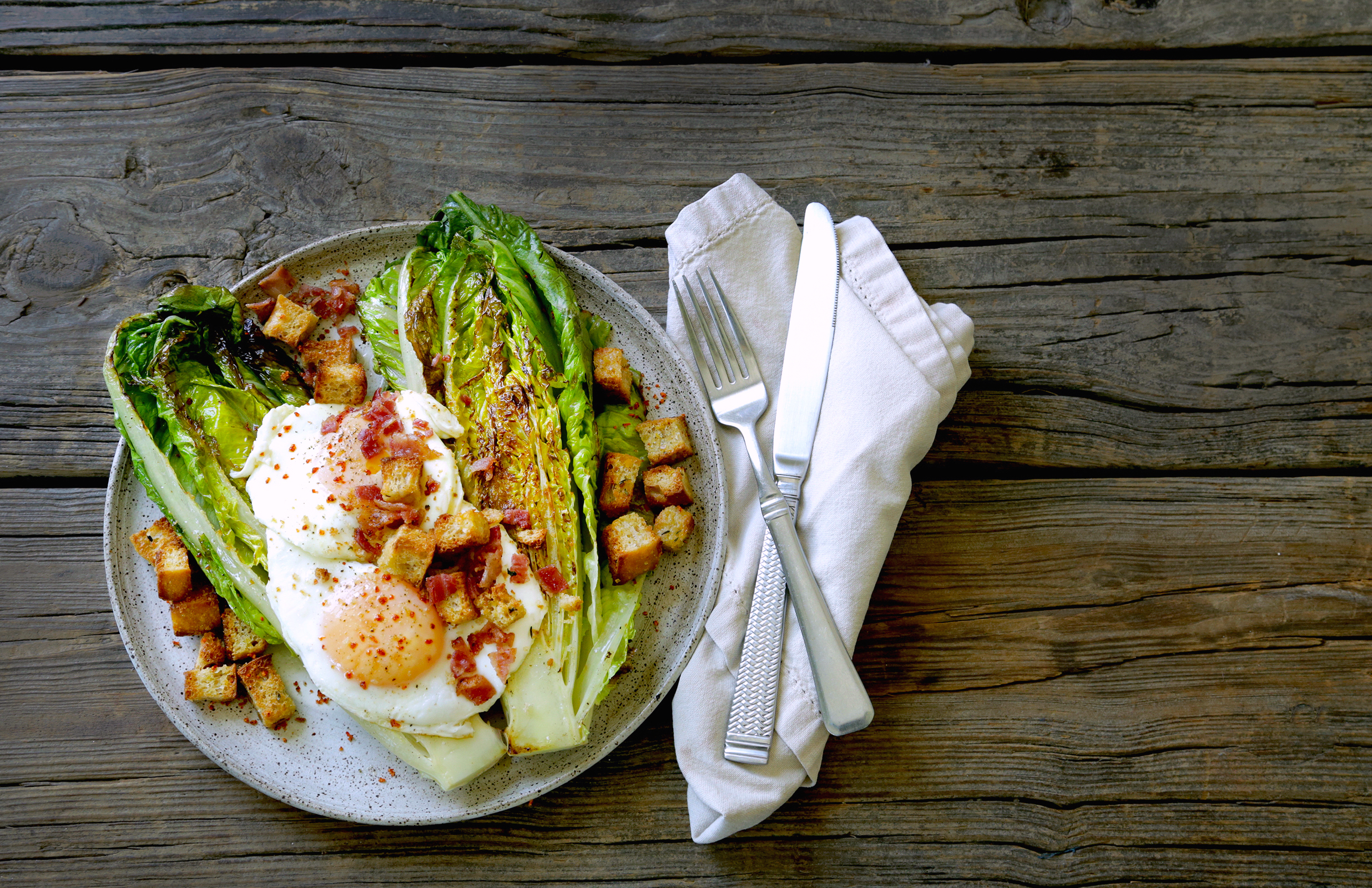 Transform a humble head of greens into something a bit more intriguing. Read more about Aube Giroux's time with on Alanna Kitchen Vignettes.