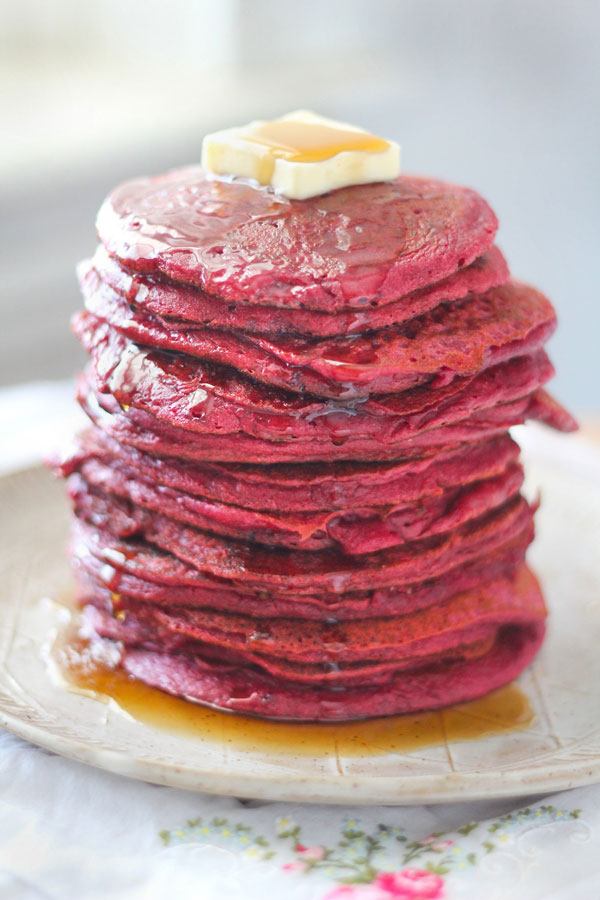 What do Valentine’s Day, the Olympics, and these pancakes have in common? Beets!!!

Ok, hear me out, I know you might not think of beets as the sexiest thing around. (Chocolate, candlelight, roses, poems and beets???) But love ’em or hate ’em, you’ve got to admit the mighty red roots have some serious appeal. Beets are sometimes referred to as nature’s viagra and were considered an aphrodisiac in Roman times. It turns out there may be some truth to the claim because beets are rich in boron, a mineral that increases the level of natural sex hormones in men and women’s bodies. But beyond that, beets are one of the most nutritious foods out there. They have 50 times the antioxidant content of a carrot. In fact, studies have shown that beet juice is so nutritious that it is scientifically proven to improve athletic performance. And that’s why many Olympic athletes now drink beet juice instead of gatorade! 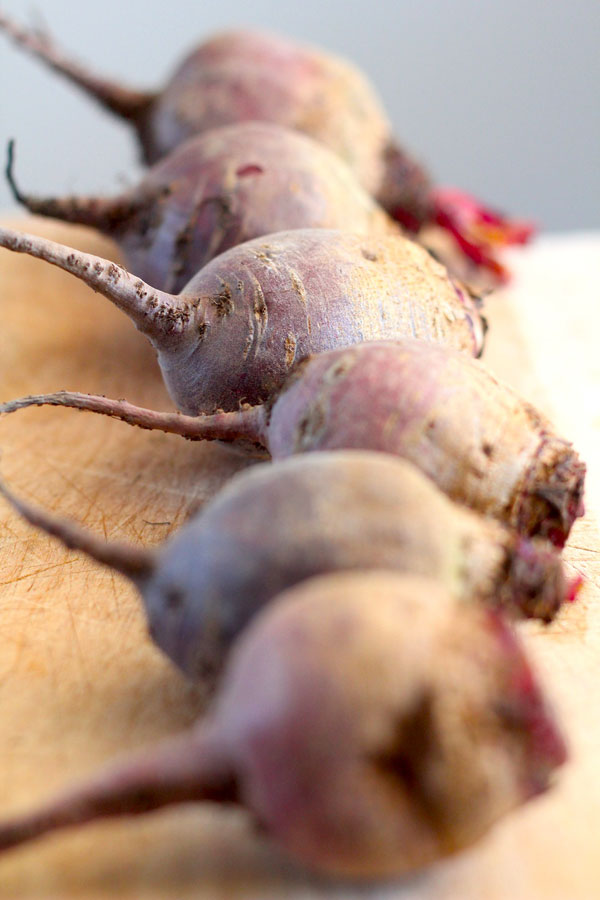 I was organizing my pantry the other day and found a bag of beets I’ve had there since they were harvested last fall. I was happy to see that they looked as fine as they did the day they came out of the ground. 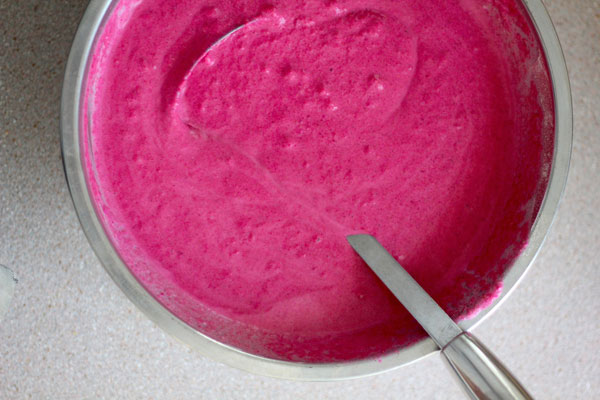 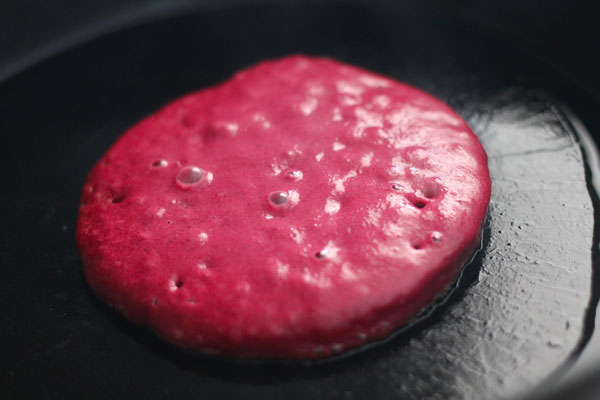 These red velvet pancakes are indeed a colorful way to start off the day with your loved ones. To achieve that lovely shade of red, all you need is a half cup of cooked puréed beets, which are easy to whip up in a blender. 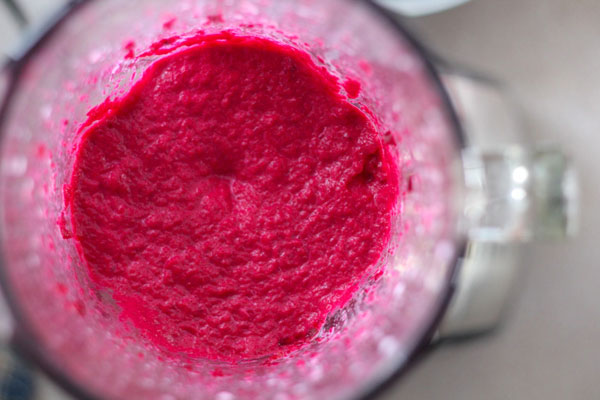 I made the pancakes featured in these photos with half whole wheat flour and half light spelt flour and they were delightfully fluffy and tender. However, you could certainly make these with all white flour if you prefer. You would likely achieve a slightly higher rise and the red color will be even more vibrant as a result. 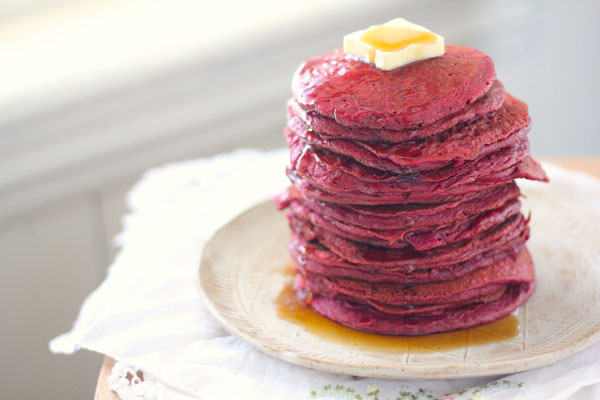 If you wish, you can also shape your batter into a heart pancake right in the skillet! 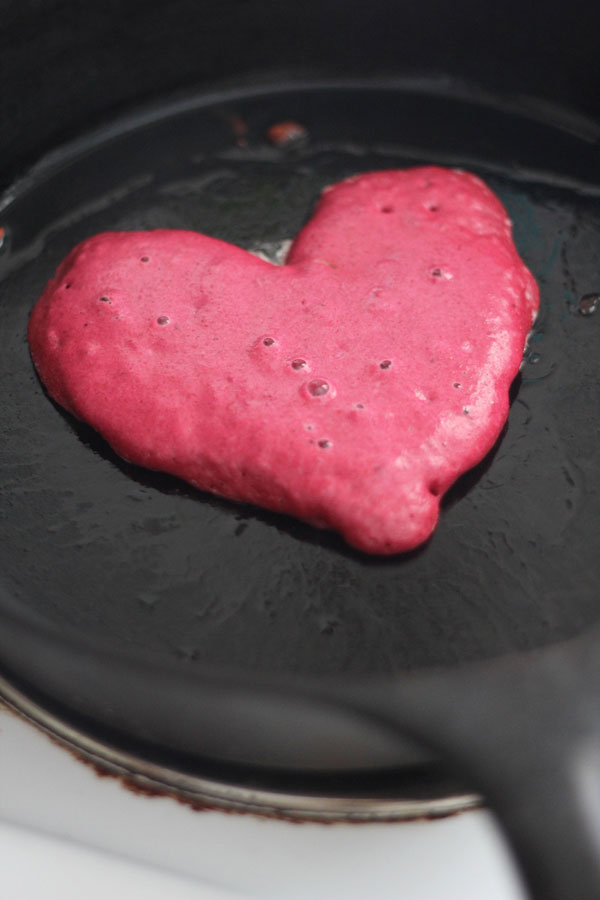 Serve the pancakes with whipped cream, maple syrup, and berries, for a breakfast that will melt anyone’s heart. 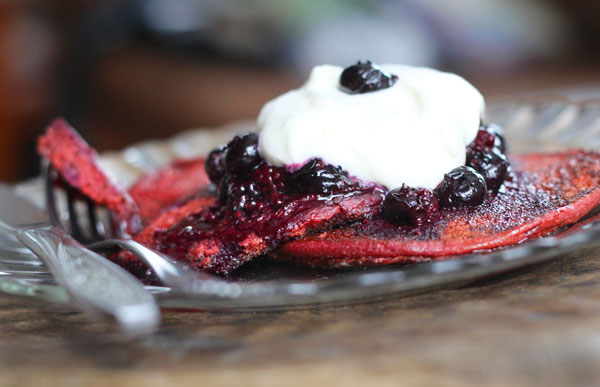 May you all have a most love-filled day. 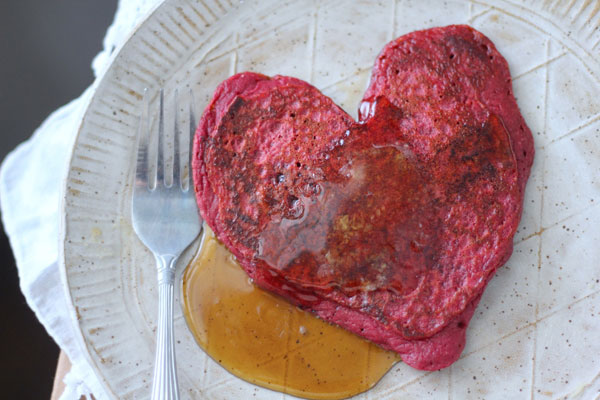 This red velvet pancakes recipe is colored with 1/2 cup of beets - perfect for Valentine's Day breakfast from food blogger Aube Giroux of the Kitchen Vignettes blog.

Aube is a passionate organic gardener and home cook who likes to share the stories of how food gets to our dinner plates. Her work has been shown on television and at international film festivals. Her web series was nominated for a 2014 James Beard Award. In 2012, she was the recipient of Saveur Magazine’s Best Food Blog award in the video category. Follow Aube on Facebook and Twitter.