In my books, theres really nothing that beats a slice of classic cheesecake, especially when summer is in its full glory and the berries are fresh and plentiful! 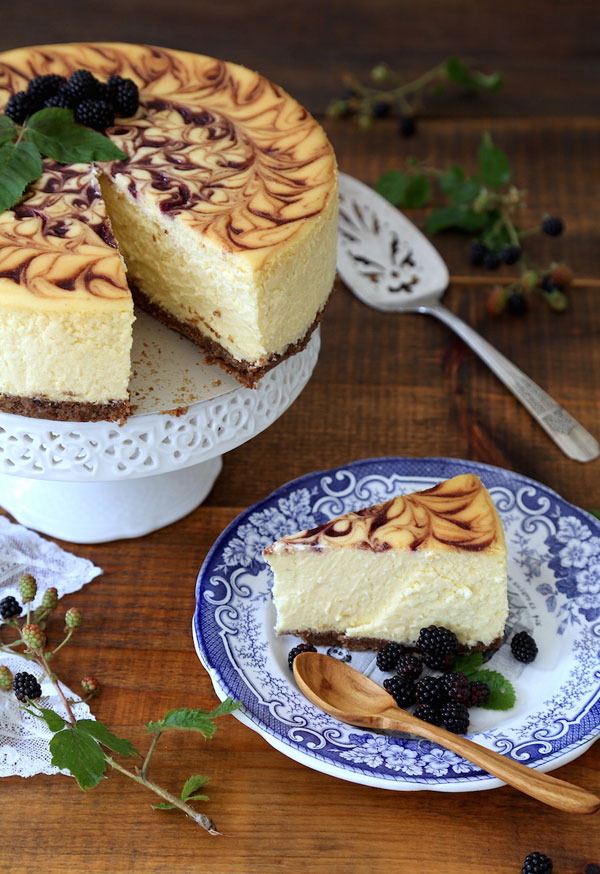 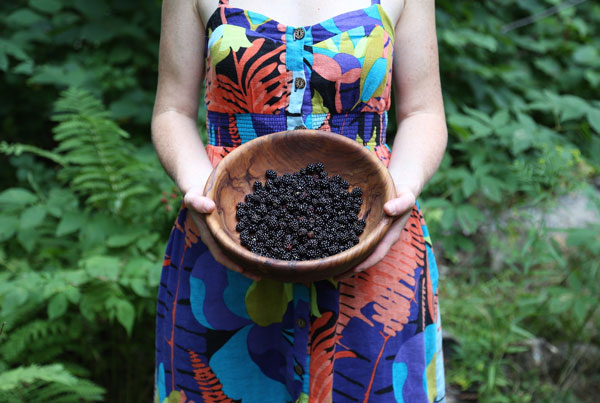 Ive used blackberries to make the swirl on top of this cake because the woods and field edges around here are bursting with them and its been such a joy to forage for them. 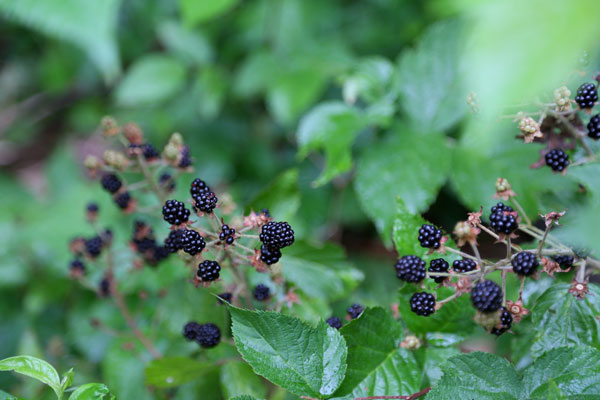 But if blackberries arent readily available in your neck of the woods, you can easily substitute raspberries or blueberries, use whatever youve got on hand and in season in your area. 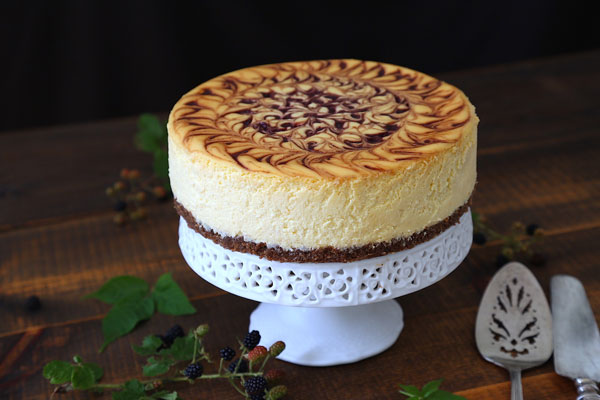 I come from a long line of cheesecake lovers. My grandmother and my mom both loved cheesecake and as a teenager, it was one of the first desserts I learned to make. I stopped making them for many years because I dont like to use graham crackers (see the next paragraph to know why) and I didnt know of a good alternative for the crust. Plus it does require a little effort and advance planning (usually making it a day in advance) and a heck of a lot of cream cheese. And since dairy products are one of the things that I only eat if theyre organic, I figured it would be way too expensive to make an all-organic cheesecake. But I recently noticed that organic cream cheese is only about 30 cents more than the standard non-organic brands. When I tallied it up, the cost to make an organic cheesecake was only $1.50 more. Well worth it for one of my favorite desserts! I had to dust up my cheesecake-making skills since I was a little out of practice, but its not a complicated thing to make. In fact, it would be a hard recipe to mess up. 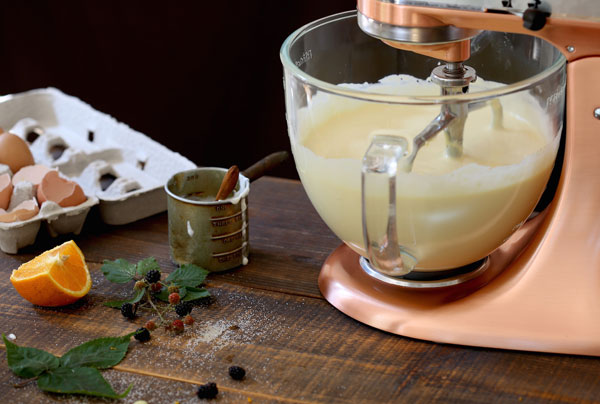 Now lets talk about the crust. I know that some will say its not a true cheesecake without a graham crust. But heres the ingredient list on a box of graham crackers: white flour, sugar, graham flour, soybean oil (likely GMO and heavily sprayed with pesticides), high fructose corn syrup (likely GMO), partially hydrogenated cottonseed oil (likely GMO and heavily sprayed with pesticides), honey, leavening, and artificial flavors. Why a humble graham cracker would need artificial flavor added in is beyond me. When you use good quality, fresh ingredients, theres no need for artificial flavors. Ill choose whole grains and nuts over white flour any day, and grass-fed butter over soybean and cottonseed oils, especially when theyre hydrogenated. So heres the ingredient list on my own no graham cracker crust: whole grain rye flour, pecans, coconut sugar (or brown sugar), butter, cinnamon, and salt. Now dont knock it until you try it! Its a crust that is incredibly similar in taste to a graham cracker crust. Even better, its nutritious and dare I say much more flavorful and buttery than its graham cracker counterpart. 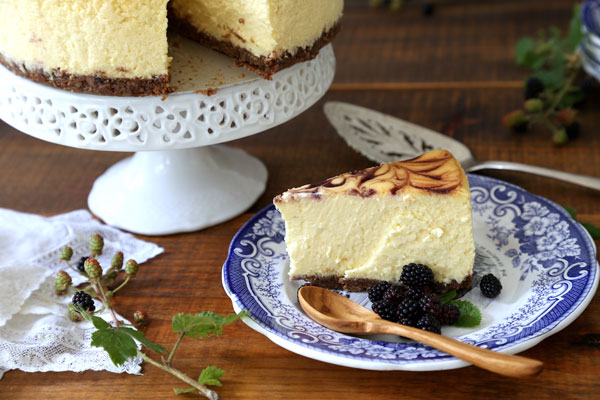 A few final words: this cake is not cheap to make since youll need a whopping 5 packages of cream cheese. But for an occasional treat, its well worth the investment and it will easily serve 12 people (and possibly more since its quite rich and best served in small slices). My recipe is based on a classic New York cheesecake but I use a bit less sugar than most recipes call for as I find cheesecake can be overly sweet. I use orange zest and juice because it goes nicely with blackberries, but you could use lemon instead. I highly recommend buying full-fat organic cream cheese and sour cream for this recipe if at all possible. You can use an 8-inch or a 9-inch springform or cheesecake pan. An 8-inch pan will yield a higher cake (its what I used in the video because I personally like a high, thick cheesecake). A 9-inch pan will yield more of a regular-height cheesecake. The berry swirl is optional but topping your cake with a swirl is so easy (as youll see in my recipe video) and so delightful that youll probably find it hard not to get carried away and keep adding more and more swirls. So swirl away my dear friends, eat cheesecake, be merry, and enjoy these last precious days of summer! 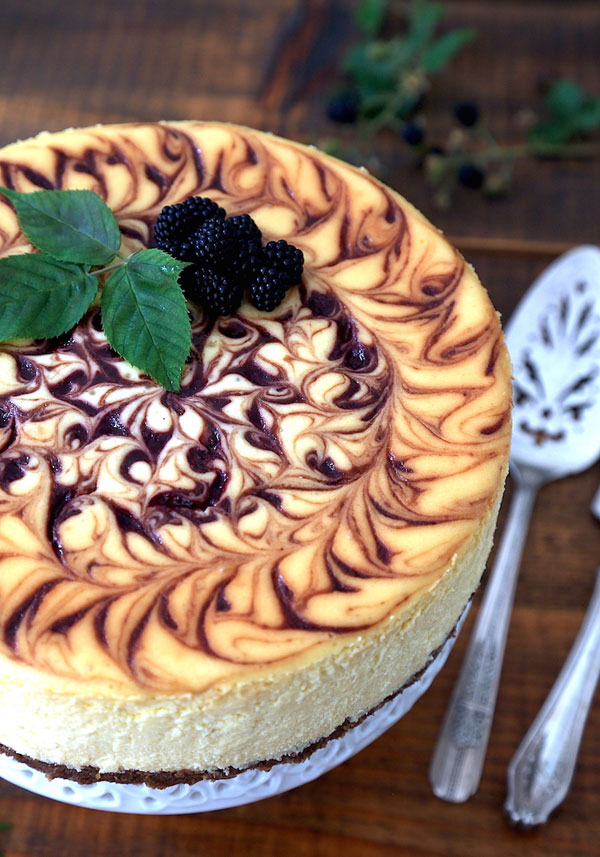