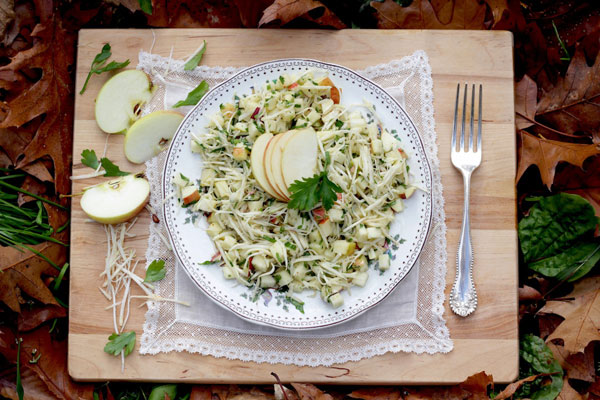 This is an easy fall salad that tastes as fresh as can be. It combines seasonal celeriac (or celery root as it’s also known), apples, and parsley with an apple cider vinaigrette. It’s a lighter take on a celeriac remoulade, a wonderful French recipe that combines grated celeriac with mayonnaise and dijon mustard. I did away with the mayonnaise and replaced it with a light vinaigrette instead. I also added apples which lend sweetness and pair beautifully with the more earthy flavors of celeriac. 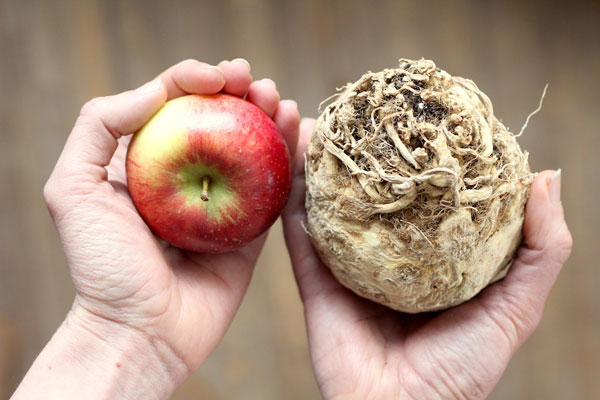 If you’ve never had celeriac, don’t be intimidated by its gnarly appearance. Though its flesh tends to on the dry side, celeriac’s claim to fame is its distinct flavor, a bit like a cross between celery and white turnip. I can’t get enough of it! 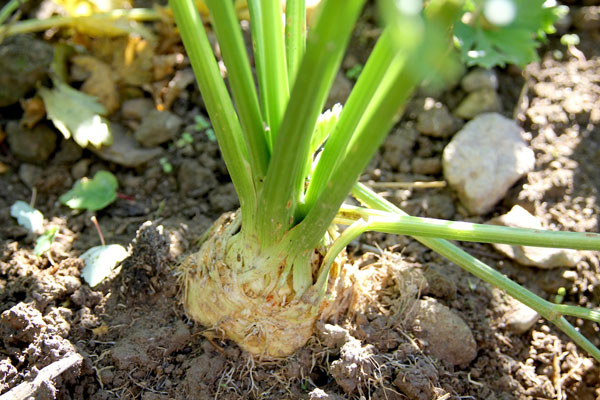 As a fall vegetable that stores well through the winter months, celeriac deserves much more praise and attention than it receives. It can be roasted with other root vegetables, pureed into fragrant soups, or simply grated (or julienned), and tossed raw into salads such as this one.

As an aside, crumbled blue cheese and chopped walnuts are delicious added to this salad. A little chopped pear works beautifully as well. Feel free to modify it to suit your tastes and do let me know what you think in the comments below! 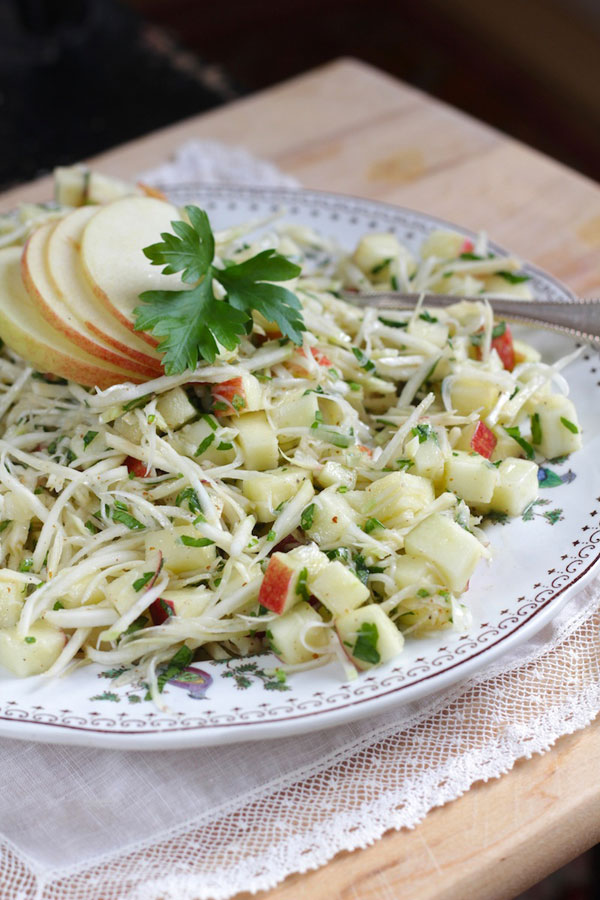