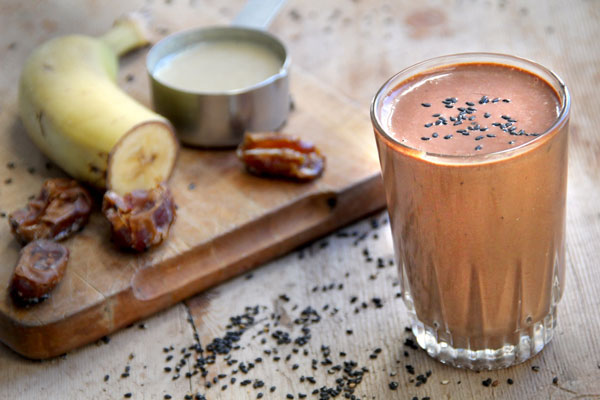 I’ve been travelling these past two months and one of the great pleasures of returning home is getting back to the ritual of making my morning smoothies again. It’s one of the things I miss the most when I’m away from my beloved blender. I tend to gravitate towards berry smoothies full of sexy add-ons like ground flax seeds and maca powder, the occasional spirulina or chlorella hit for good measure. But every now and then, it’s a rich chocolatey smoothie that I crave. 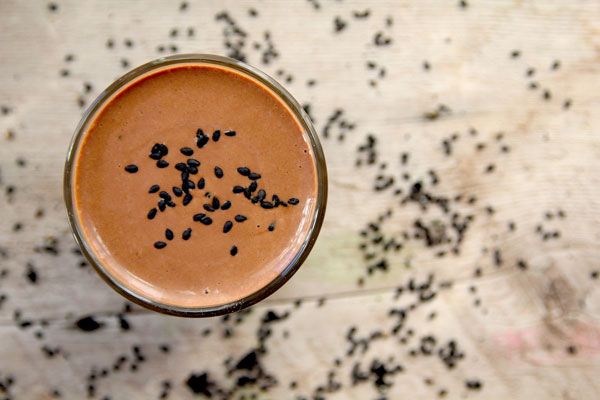 This smoothie is a robust and velvety calcium-packed elixir. I like to think of it as chocolate milk for grown-ups (though kids love it too). It combines the unique flavor of sesame seeds with the bitterness of dark cocoa, balanced by the sweetness of banana, dates, and maple syrup. All in all, it’s a mineral-rich fortifying drink that starts the day off on the right foot. It also makes a great pick-me-up as an afternoon snack. 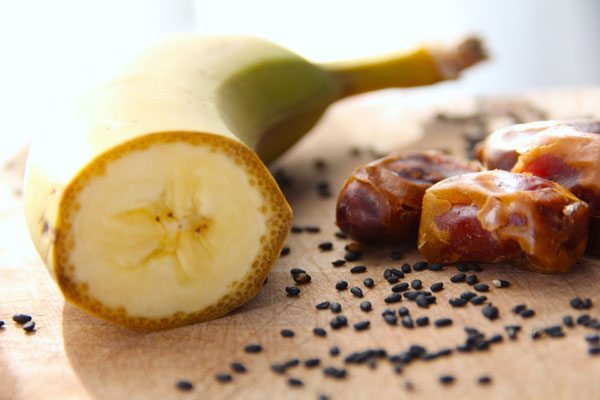 Sesame seeds are a nutritional powerhouse! The woman I stayed with recently in Mexico would prepare a delicious sesame seed-based drink for her daughter every morning, as one of the alternatives to milk for her calcium intake (a choice supported by Alissa Hamilton’s just-released book, Got Milked?, which is a 300-page critique of the milk industry). I personally like to use local grass-fed cow’s milk in my sesame-seed smoothie but dairy alternatives can certainly be used instead. I choose unhulled sesame seeds (both black and white) in this recipe because they contain more calcium than their hulled counterparts. I also sometimes use tahini as a shortcut (which is a paste made of sesame seeds) but tahini is made from hulled sesame seeds, so it contains less calcium. Hulled sesame seeds are the ones most people are familiar with, since they are more commonly available. They’re a pale beige color, almost white, and they have a shiny gloss. Unhulled sesame seeds are harder to find but most health food stores carry them and their nutritional properties certainly make them worth seeking out. They have a matte coating, and they are a darker beige or tan color. In the photo below, hulled sesames are on the left, unhulled on the right. 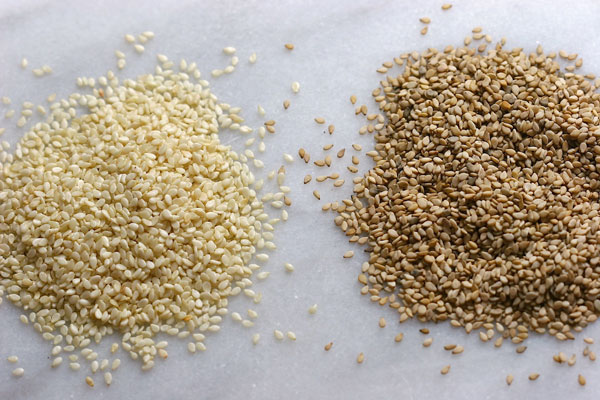 Black sesame seeds are also unhulled. They’re deeply flavorful and higher in certain nutrients. You can use any type of sesame seed in this smoothie,. My preference is using half unhulled white seeds and half unhulled black seeds. A little nutritional factoid for you: sesame seeds with their hulls on contain about 88 milligrams of calcium per tablespoon, whereas the same amount of hulled seeds contains only 5 to 10 milligrams (about 90% less!), though it should be noted that the calcium found in the hulls is a less absorbable form of calcium called calcium oxalate. Aside from calcium, sesame seeds are packed with a long list of other minerals including copper, manganese, and iron. Grinding and blending sesame seeds into a smoothie makes their nutrients much more absorbable by the body. So get that blender out and drink up! 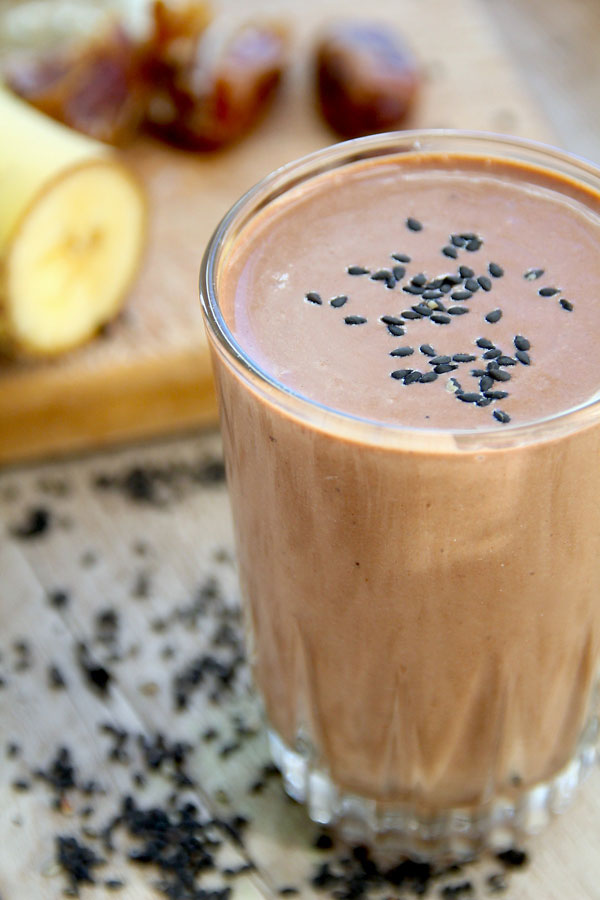