In my family, Christmas is all about food. We don’t spend a lot of money on presents (we hand-make many of our gifts), and we generally don’t make much of a fuss about it. It’s more about spending cozy time together by the fire and going for long walks in the snow. But when it comes to food, we like to go all out, splurge a little, and put a lot of love into some special seasonal dishes. 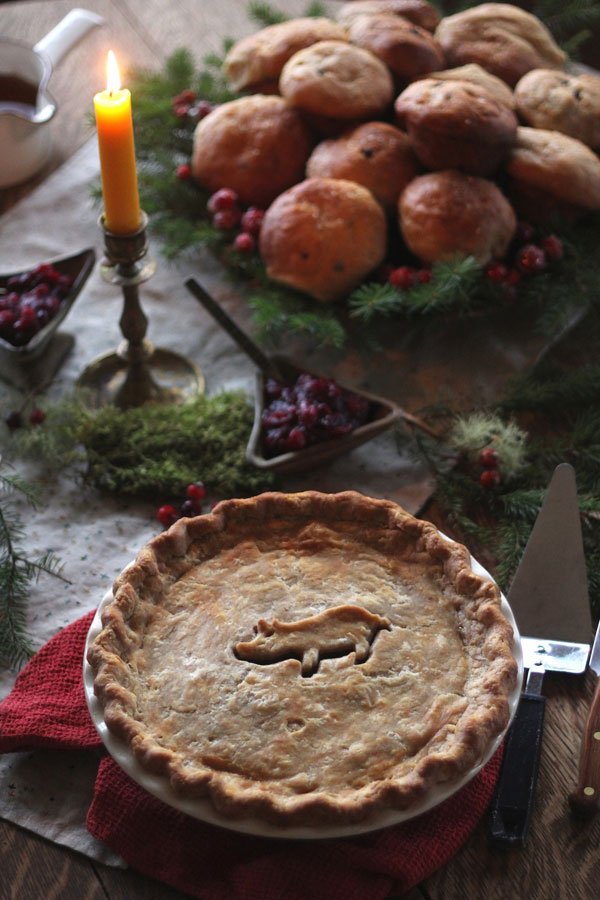 Tourtière is one of those decadent holiday recipes that I only make once a year. I love preparing it because it reconnects me with my French Canadian roots. It’s a traditional Québecois meat pie that combines ground pork and beef with potatoes, onions, and spices, all enveloped in a buttery pie crust. It’s rich and delicious and is traditionally enjoyed on Christmas Eve and New Year’s Eve. In my books, nothing quite says Christmas like the taste of a slice of tourtière with a dollop of tomato chutney on the side. There are many different regional variations on tourtière and some families have their own secret ingredient or method for making it. Traditionally, wild game was added which lended additional depth of flavor. I will share with you the way I make it. 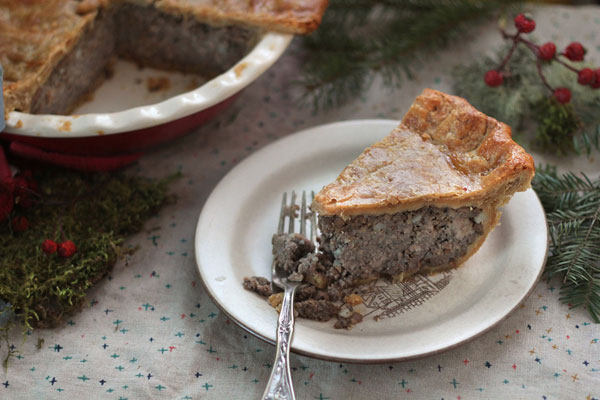 First, this recipe is all about the meat, so it’s important to source good-quality meat from a farmer or butcher you trust. I always make sure I can source organic, grass-fed beef and pastured pork before making this recipe. There are three main reasons to chose organic, pastured meat. The first is that the fats in pastured meat are much healthier for you. The second is that conventional meat production is one of the leading contributors to climate change, producing close to one fifth of all human greenhouse gas emissions. In contrast, grass-fed cattle actually reduces the impacts of climate change, and researchers have found that we actually need grass-fed livestock to fight climate change. My last reason is that by eating grass-fed and organic, you avoid the GMO soy and corn that most conventional livestock is raised on.

There, that was probably the hardest part of this recipe, finding good quality meat. Once you’ve got that, you’re laughing, because this recipe is relatively easy to make and the other ingredients are likely things you already have in your kitchen. 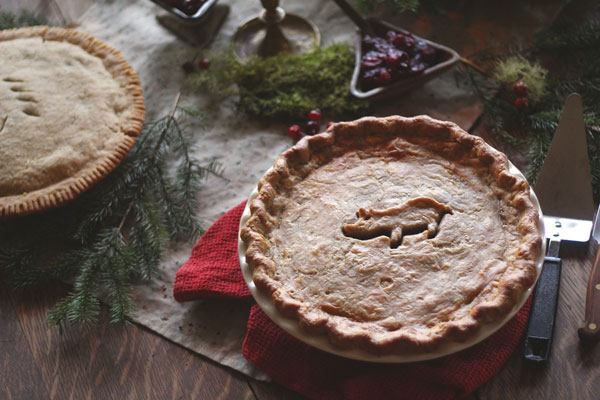 Last week, I made this tourtière for my friends, along with my mom’s Baba Au Rhum recipe which I’ll share with you next week. I hope the video captured a little taste of the magic and fun we had feasting on these goodies. Bon appétit and my warmest season’s greetings to you all! 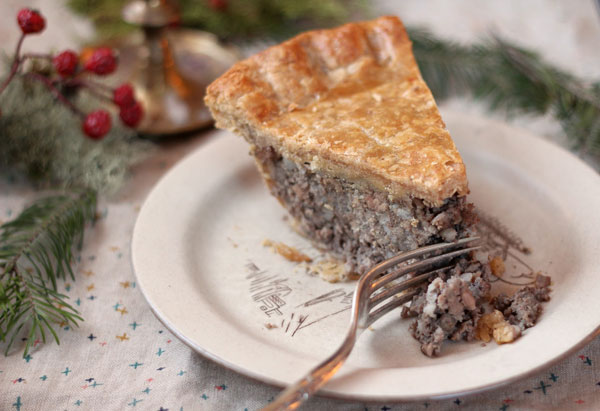