The first time I met John Bunker was at the Common Ground Country Fair in Maine. He was standing in the middle of a large, captivated audience, speaking passionately about apples and passing around trays filled with apple slices for everyone to sample. But these were not just any apples. They were apples you would probably never find at a grocery store and I was shocked by their unique flavours, and how different each one tasted. As I looked around, I saw the enthusiastic crowd was hanging on to John’s every word and utterly enchanted by the opportunity to taste so many apple varieties that they were unlikely to find anywhere else. 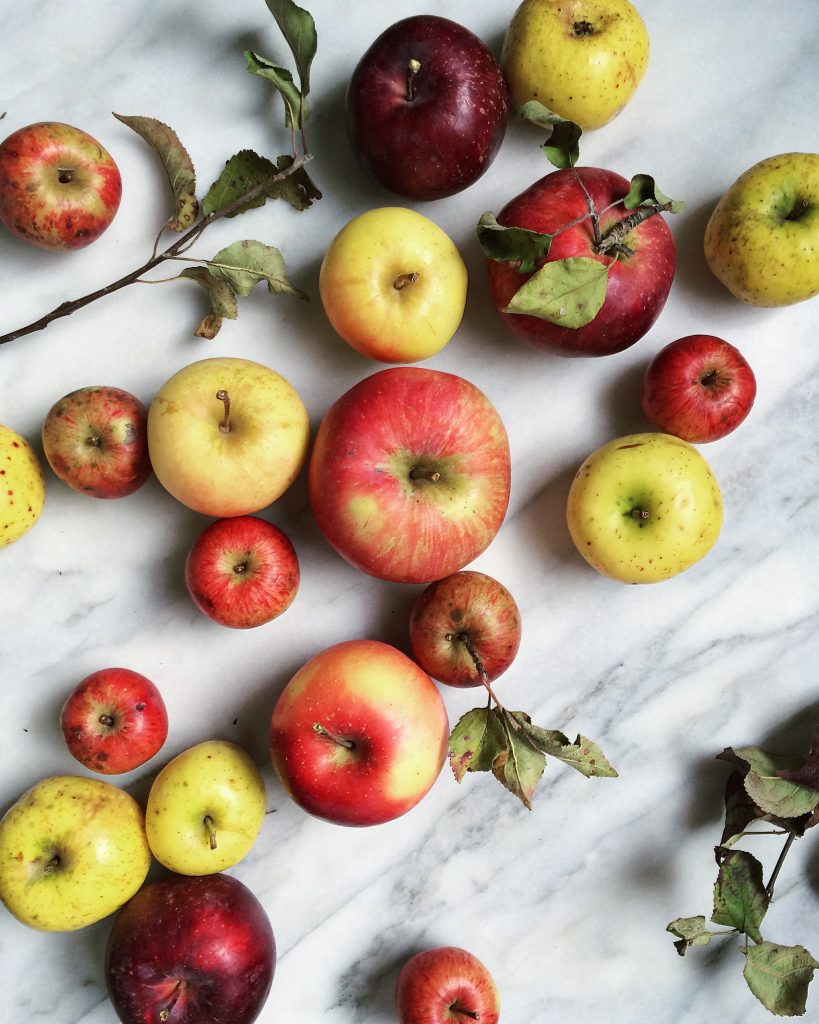 John is affectionately known by many as “The Apple Whisperer.” He has been a fruit explorer most of his life and is a deeply respected pioneer in the search, identification, and preservation of old heritage apple trees. John and his partner Cammy grow over 300 varieties of rare apples at their farm in Palermo, Maine. In 1984, John founded Fedco Trees to make abandoned and forgotten apple varieties available to northern growers. John and Cammy also run a popular apple CSA that offers rare varieties to their customers. 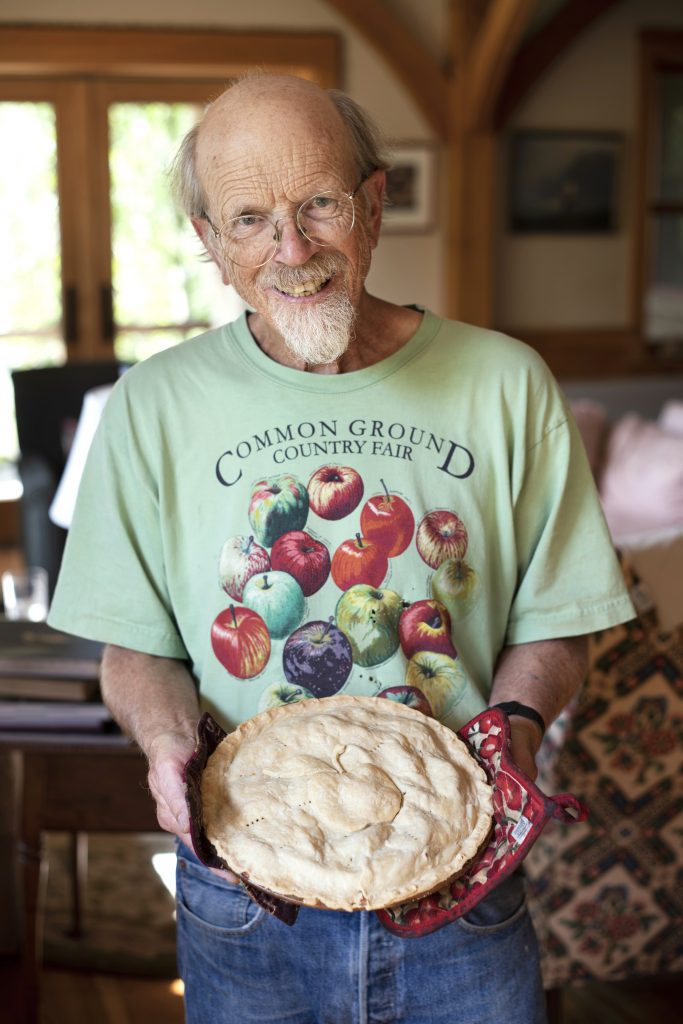 As a way to more intimately get to know the ancient apples he comes across, John makes an apple pie with each new variety he finds. By making “single variety pies”, he experiences how each type behaves in a pie: the texture it has after baking, whether it retains its shape, what kind of flavour it has… While I was editing John’s video, I kept thinking to myself, wow, making apple pies in the name of research, now THAT is a fabulous line of work! As an exuberant extension of this delicious research, John and his friends hold a yearly apple pie taste-off where they make several pies, each one with a single apple variety. They then debate the merits of each pie and John explains how each pie tastes completely different. Whatever you think of apple pie, one has to admire John’s dedication to this dish. 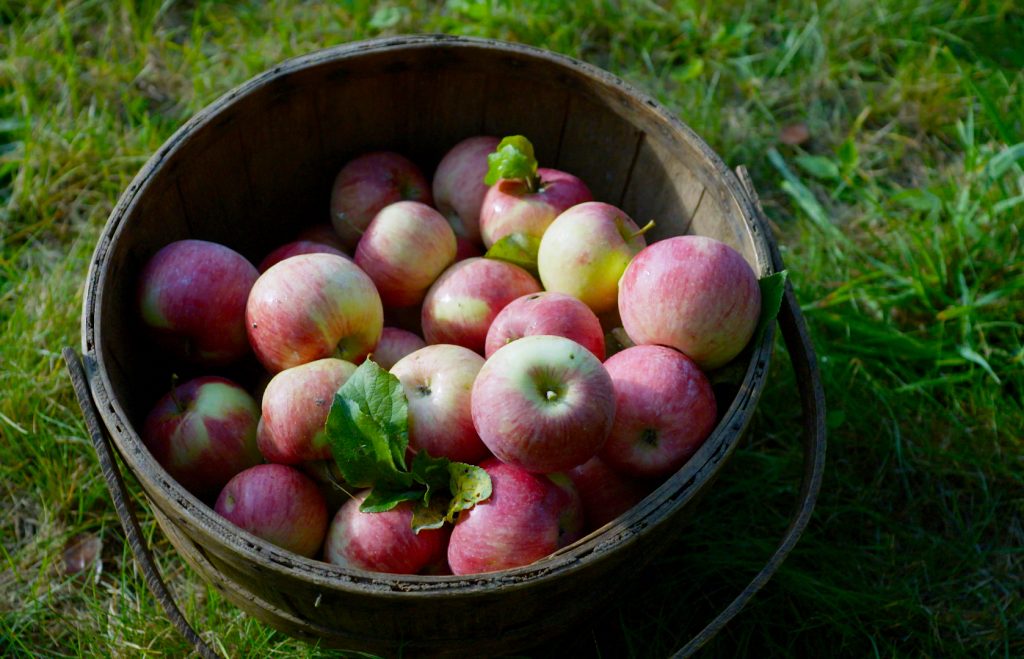 When you talk to John, you quickly realize that there is nothing plain about apple pie. In fact, there is much more to a good apple pie than meets the eye! Apple pie can be a gateway to the rich and diverse universe of apples and the first thing to understand is that not all apples make a good pie. Some apples cook way too fast and turn to mush, leading the crust to collapse. Some apples might taste fine when eaten whole, but once cooked will lack in flavor. And some apples (as I’ve experienced more than once) just don’t cook very well, turning dry and leathery instead of plump and juicy. So finding good pie apples is the first and most important step to making a good pie, and as John points out, you’ll be hard-pressed to find them in your average grocery store which likely has a dismal selection of apple varieties, many of them lacking in flavor and personality. But chances are, your local orchard will be growing a few good pie varieties. And if you have any abandoned apple trees near you, its fruit might cook beautifully in a pie, even if they are scraggly-looking. As John explains in the video, most older apple varieties were actually cooking apples. And so chances are, if you find an old tree, its apples might make great pie, sauce, or cider. 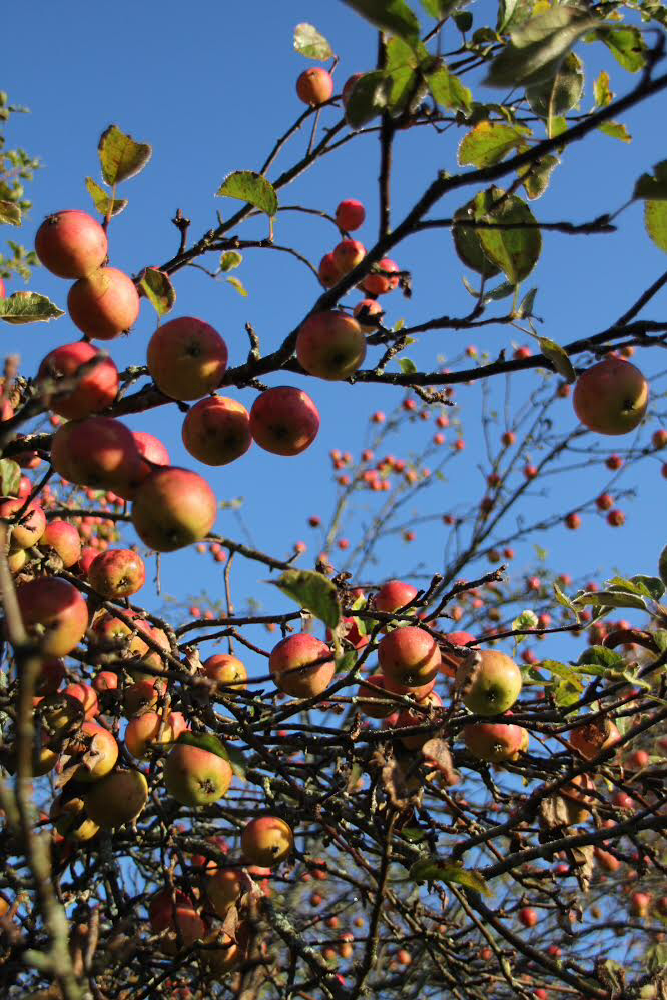 One of my favorite moments in this video episode is when John says: “I guess you might say I don’t even really consider apple pie a dessert, I consider it a dish… or a food.” As someone who will find any excuse to eat apple pie (and apple crisp) for breakfast, or anytime of day for that matter, I say a giant amen to that! Because when made with good quality ingredients, and without too much sugar, I’ve always considered apple pie to be a wholesome and nourishing food. 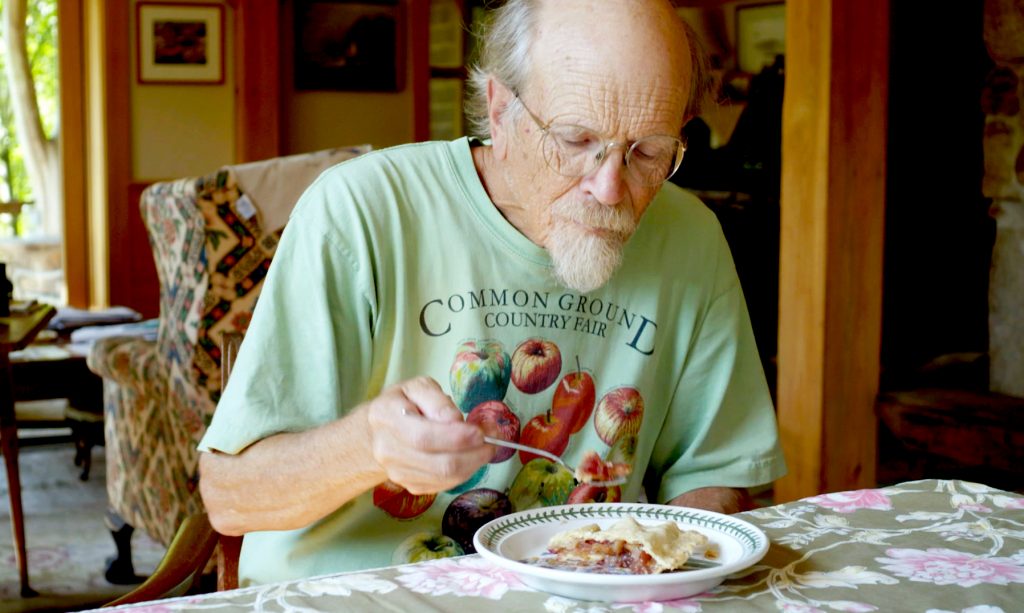 It is estimated that of the 15,000 varieties of apples that were once grown in North America, around eighty percent have disappeared. With industrialized agriculture, apple production became all about profitability, and apple breeding became focussed on yield, transportability, and commercial appeal (ie: big, perfect-looking, uniform apples). Many apples became forgotten and then went completely extinct since they stopped being grown. But an apple tree can grow to be more than 200 years old! Which means many of the old varieties are still with us and thanks to apple growers like John, many of them have been grafted and propagated so they are alive and well. All we have to do is seek them out, whether in orchards near us, in a friend’s backyard, along the side of the road… or by asking our grocery stores to expand the apple varieties they offer.

John’s curiosity and generosity in sharing his knowledge has expanded our understanding of apples. He has certainly inspired me to experiment with the many old abandoned apple trees that can be found all over my neck of the woods. Recently, my partner and I picked bags and bags of apples from abandoned apple trees near us. We made enough cider to freeze for winter, several jars of apple sauce, and a bunch of pies and crisps for those windy fall days. Each apple tree gifted us fruit of unique shapes, sizes, colors, and flavors. Best of all, we didn’t pay a cent for those apples, they are truly a gift from the land around us.

Imagine how bland the world would be if all we had were just a handful of uniform apple varieties. To me, John is a hero because he is rescuing our food biodiversity as well as our heritage. 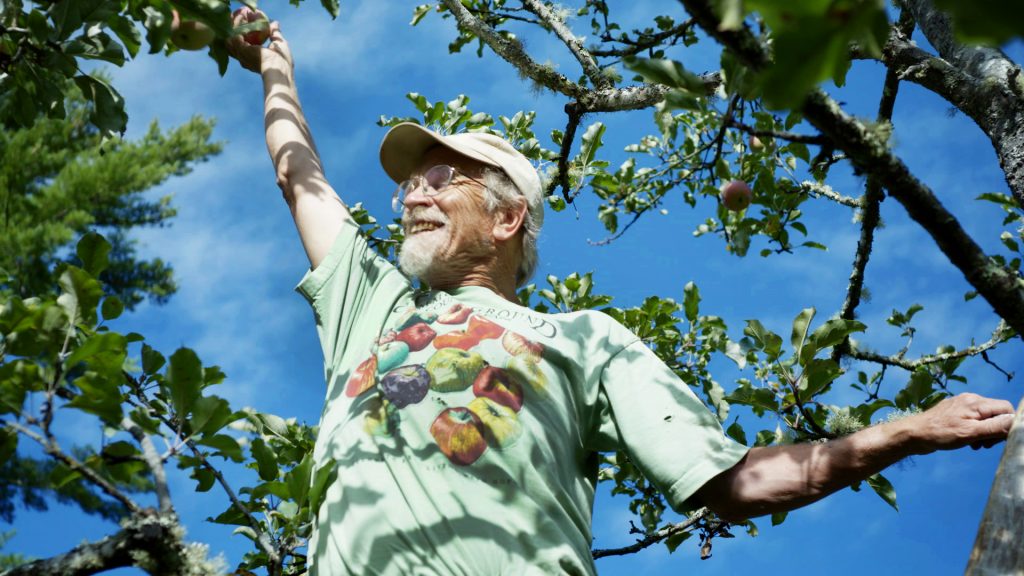 Apple pie is a great way to appreciate the incredible variety and diversity of this glorious fruit. This apple pie recipe is courtesy of John Bunker, "The Apple Whisperer."