Soup Joumou is not only an incredibly flavorful, hearty, and warming dish, but it has a powerful story behind it. This traditional Haitian soup, made with a Caribbean pumpkin called Joumou, was once a delicacy reserved for white enslavers but forbidden to the enslaved people who cooked it. After Haiti won its independence from France on January 1, 1804, Haitians made a tradition of eating the soup each Independence Day (which also happens to be New Year’s Day) to celebrate their freedom.

Leah Penniman first learned how to make the soup of her ancestors when she traveled to Haiti to do recovery work with local farmers after the devastating earthquake of 2010. As she explains in the video, the soup has now become a yearly tradition for her family on January 1, since it’s a wonderful way to be connected with her roots and also to showcase her farm’s vibrant fresh produce. Leah emphasizes that the recipe is very flexible. Since Joumou pumpkin doesn’t grow well in colder climates, any kind of locally available pumpkin or winter squash can be used, and the other ingredients are also interchangeable with whatever is in season. 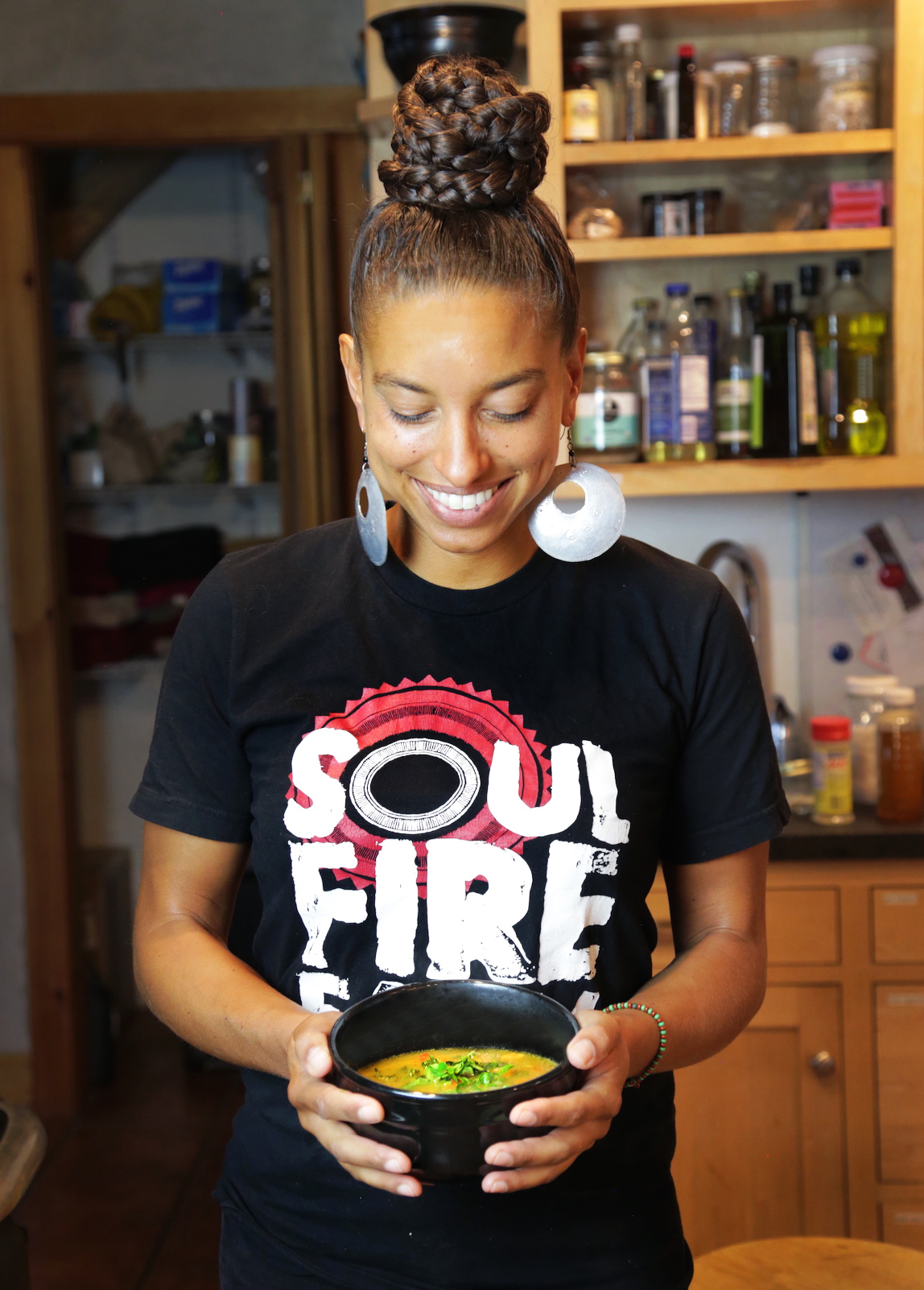 I feel so honored that I got to spend a misty fall morning with Leah at her farm in central New York last October, filming her as she shared the ritual of preparing this special soup and chatting about what brought her to farming. I was especially grateful for her time, given how busy she has been since the release her critically acclaimed book, “Farming While Black; Soul Fire Farm’s Practical Guide to Liberation on the Land.” Aside from being a sought-after public speaker and a busy mother of two, Leah is also a farmer, educator, author, and food justice activist. She co-founded Soul Fire Farm with the goal to dismantle racism in the food system. The farm produces vegetables, herbs, eggs, and chicken, and delivers affordable fresh food to people who live under food apartheid (communities where there is no access to healthy, locally-grown, organic, food). The farm also provides training programs for Black, Latinx, and Indigenous aspiring farmer-activists, as well as training for food justice leaders working to end racism in our food system. It builds coalitions among farmers of color to strengthen their advocacy work towards policy shifts and reparations. Leah has dedicated her life’s work to racial justice in the food system and received numerous awards including the 2019 James Beard Foundation Leadership Award. 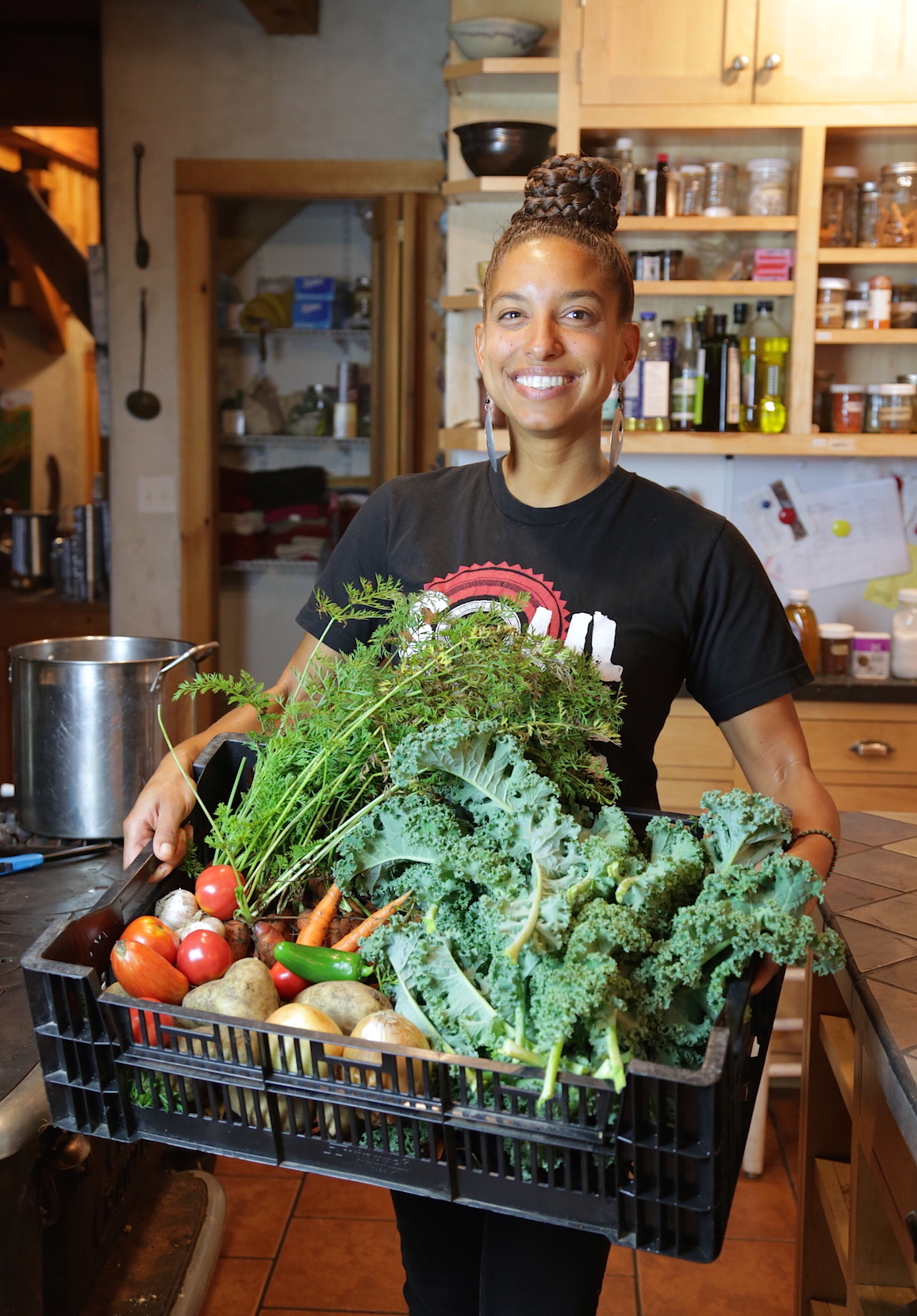 As we walked around the farm on that quiet October morning, I imagined how many thousands of people have come through this place and been nourished by its rich soils and transformed by the teachings offered there. Leah is truly changing our food system, one bite at a time. The introduction to her book begins with a quote from Malcolm X: “Revolution is based on land. Land is the basis of all independence. Land is the basis of freedom, justice, and equality.”

I learned from Leah’s book that in 1920, 14 percent of land-owning American farmers were black but that today, as a result of discrimination and dispossession, less than 2 percent of farms are controlled by black people. While acknowledging the tremendous systemic injustices in our food system, the book is also an exuberant celebration of the rich African American agrarian traditions and agricultural history that is so often left out of our collective narrative about farming in America.

It is a testament to how delicious this soup is that after I came back from filming this episode with Leah at Soul Fire Farm, I immediately made a giant pot of it and it became my go-to recipe this fall. I know I will be spending many wintery days eating Soup Joumou again and again, and diving further into Leah’s groundbreaking book, which has already opened my eyes and taught me so much about how our whole farming system has been built on stolen land and stolen labor, about white privilege in the farming community, and about the desperately-needed transformations towards a more just food system that projects such as Soul Fire Farm are initiating. I recommend you make a pot of Soup Joumou, settle in with Leah’s book, and enter a world that is all about nurturing the land, caring for each other, and building a more just food system. Happy New Year and happy Haitian Independence Day! 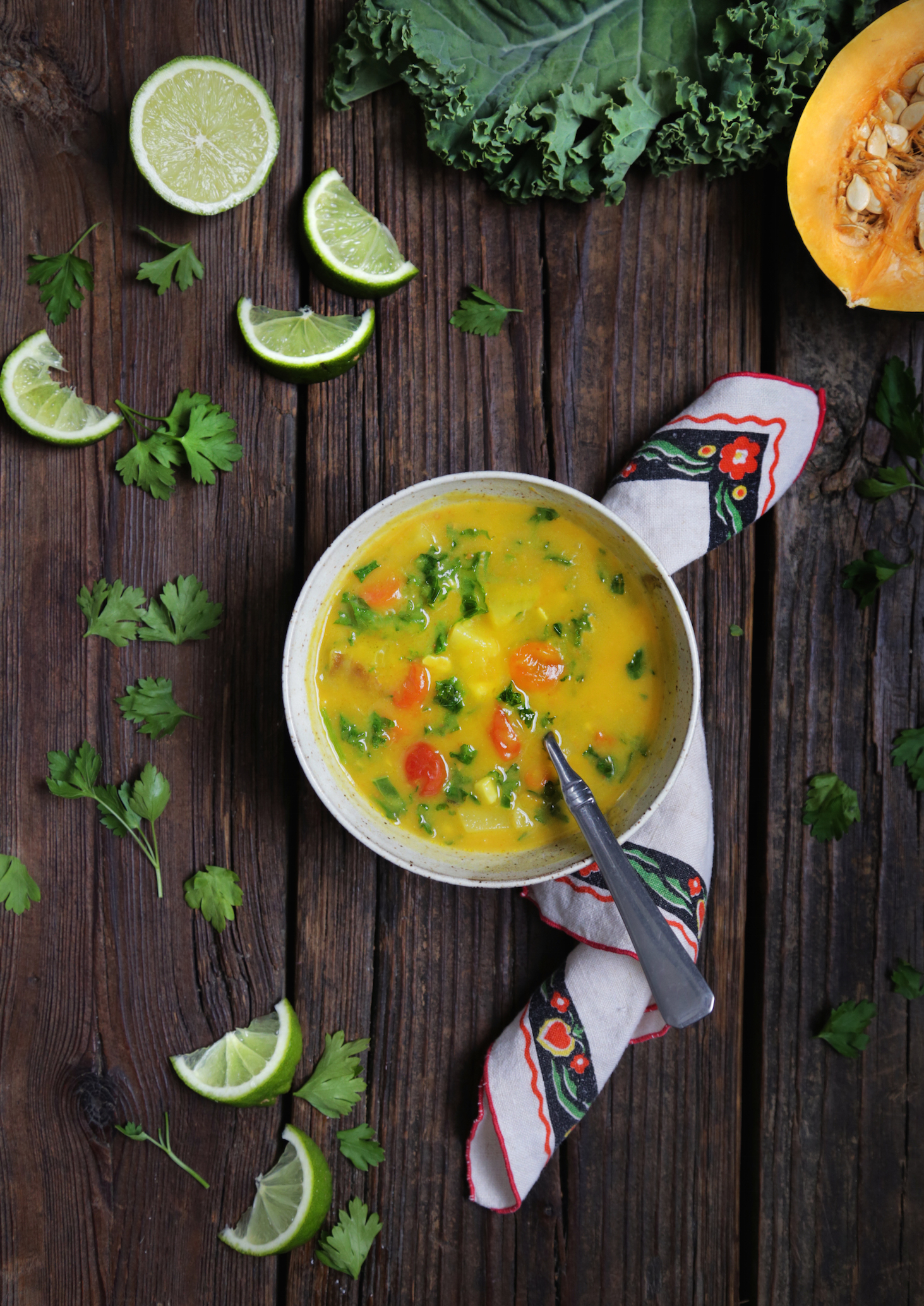 Soup Joumou, also known as the Haitian Independence Soup, is a hearty pumpkin (or squash) soup that is traditionally served on January 1 to commemorate the day of Haiti’s liberation from France in 1804. The soup was once a delicacy reserved for white enslavers but forbidden to the enslaved people who cooked it. After winning their independence, Haitians made a tradition of eating the soup each Independence Day (New Year’s Day) to celebrate their freedom.

The squash and hot peppers are essential ingredients. All other ingredients can be substituted with similar vegetables that are locally available, such as kale or tomatoes for example.