The only thing that rivals picking apples at this time of year is picking pears. 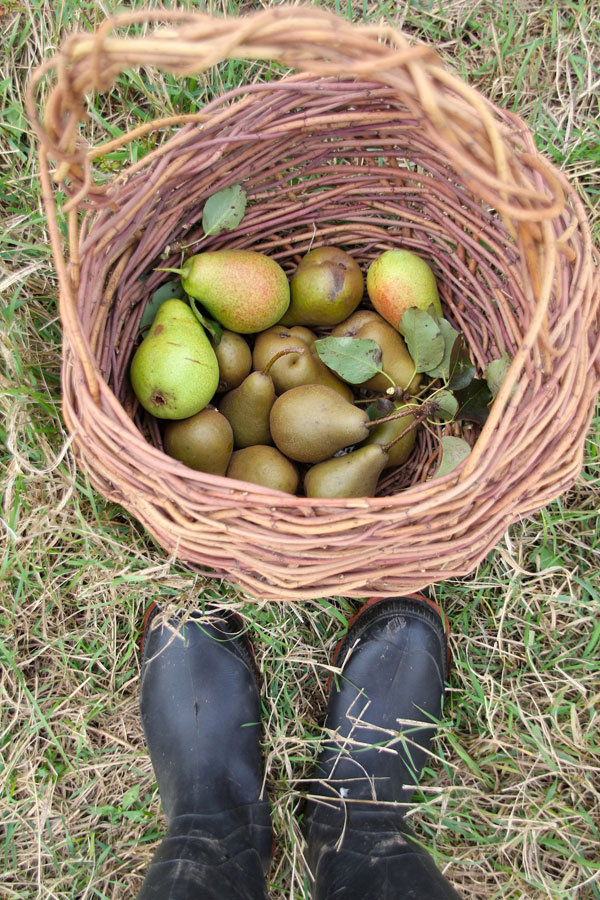 When October comes, whether I have apples or pears on my hands, I turn into a crisp-making machine. 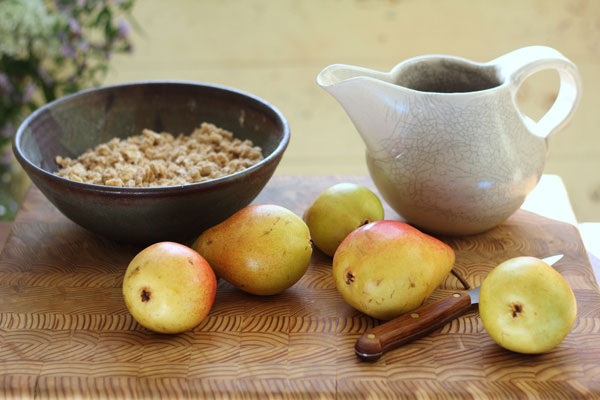 There is often an ever-present pan of crisp on my counter and I’ve been known to eat it for breakfast for days on end. So my crisps are generally more on the ‘healthy breakfast’ side of things than ‘decadent dessert’. But this year, I thought I’d glam-up my usual crisp for an irresistible fall dessert. 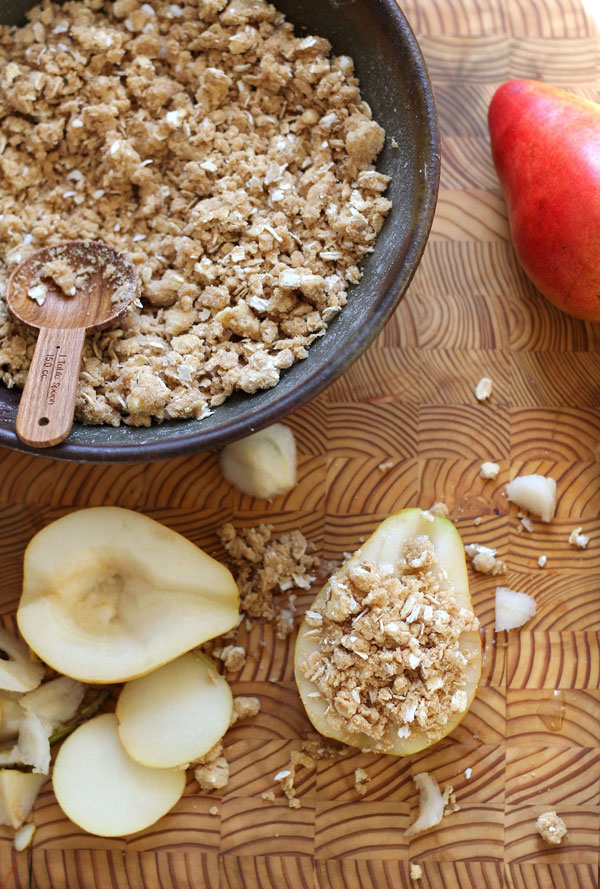 These little half-pear crisp boats are filled with with salted bourbon caramel and topped with crispy topping. They are then served with more caramel (of course!) drizzled on top of a generous dollop of whipped cream. 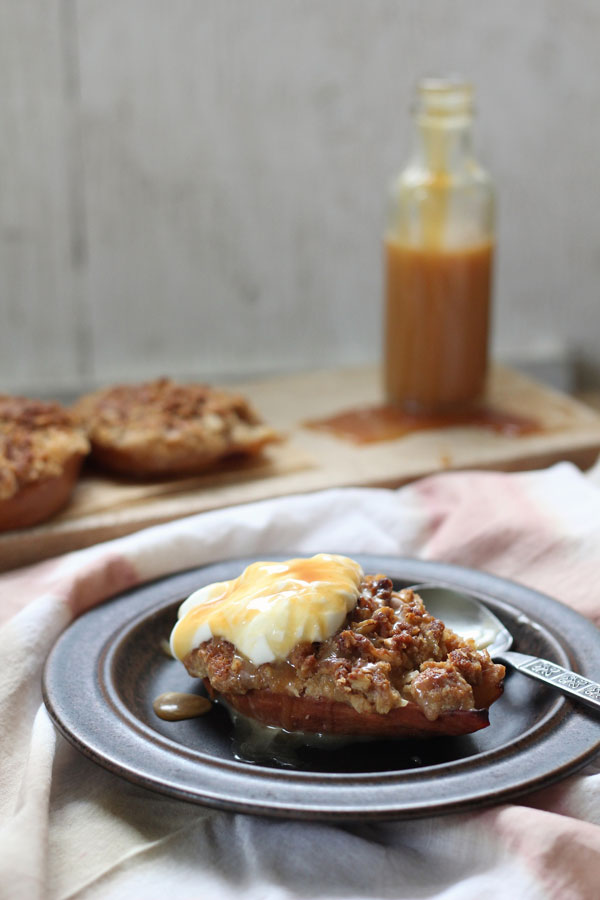 They’re easy to prepare and make a fun and elegant seasonal dessert. 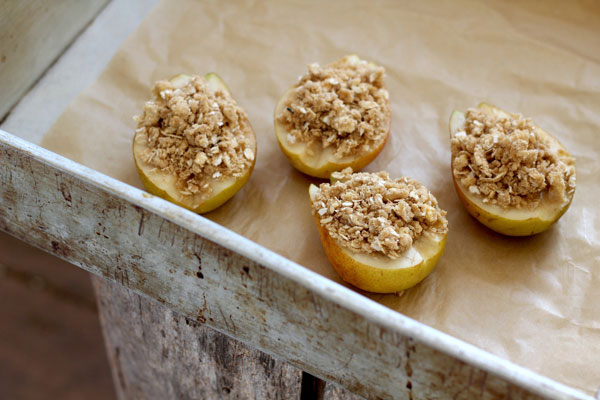 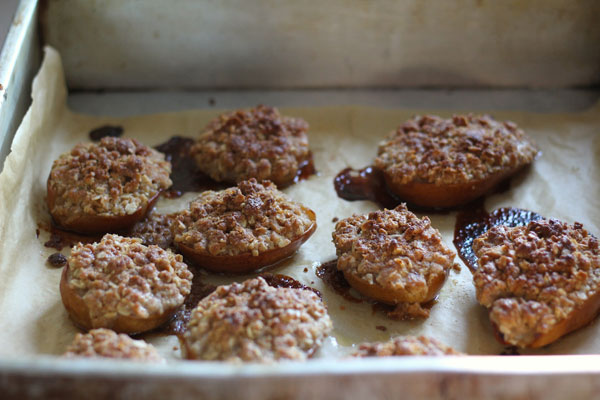 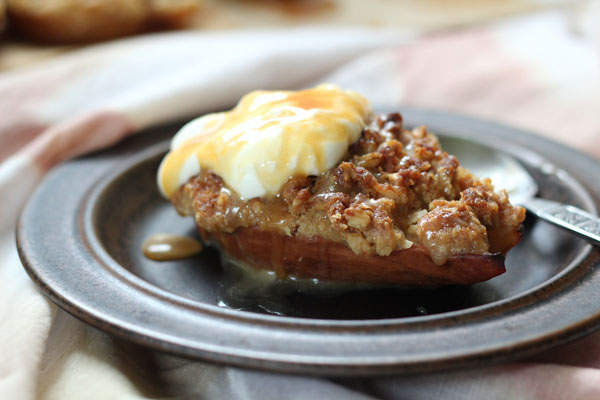 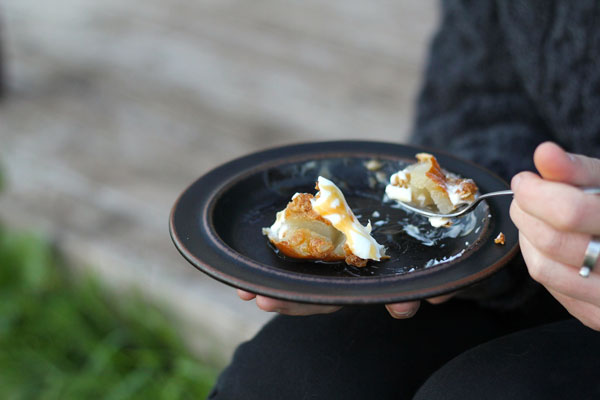 For an irresistible fall dessert, pour salted bourbon caramel into pear halves for a dessert that's better than apple crisp according food blogger Aube Giroux from the Kitchen Vignettes blog.

Yield: Serves 8 (or 4 if you wish to serve 2 pear halves per person)