If you’ve never had chicory, talk to Peter Barrett. His love of this underappreciated green is contagious. A food writer, teacher, and prolific gardener, Peter is the author of the book “Project 258: Making Dinner at Fish & Game” and the host of “CookPod”, a podcast featuring culinary talents. He grows, preserves, and cooks as much of his own food as possible at his home in New York state. I grow lots of greens in my garden: kale, chard, lettuces, arugula, mustard… but I now realize I’ve only skimmed the surface of the wonderful world of leafy plants. Especially the more bitter ones. It had never really occurred to me to grow chicory. It is, after all, not that well known here in North America and many of us don’t know how to cook with it. But after meeting Peter and filming this episode (a love letter to chicory pesto) I can hardly wait until next spring because guess what I’ll be planting a ton of in my garden? 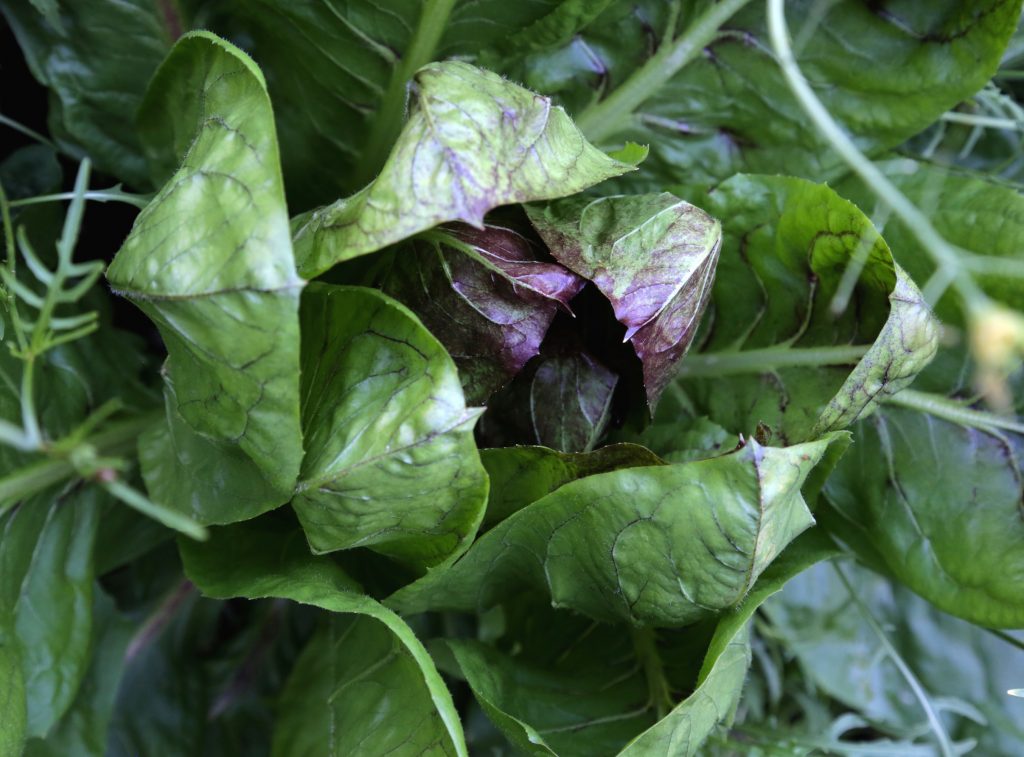 Peter was introduced to chicory in Italy, while living in Rome in his twenties. He first tasted it in “cicoria ripassata” which means twice cooked chicory, a classic dish of boiled then sautéed chicory which is found on most Roman restaurant menus, from the most humble of establishments to the fanciest. And from thereon in, Peter’s love of all things chicory was cemented. In his Hudson Valley home garden, he now grows red, pink, dark and pale green ones, large and small varieties. 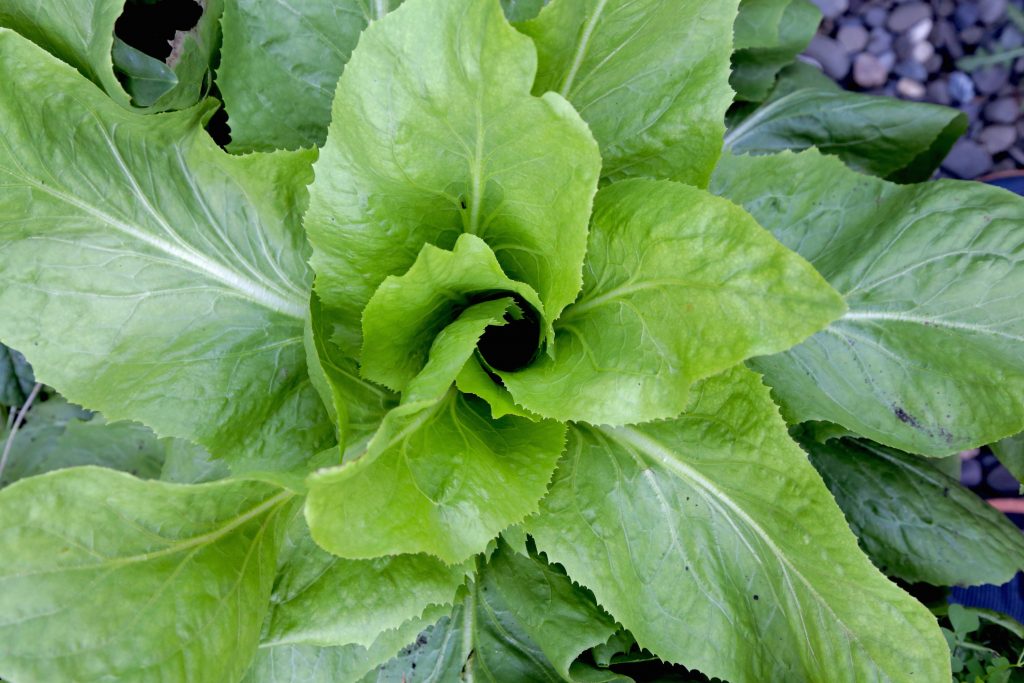 Chicories are part of the bitter green family that includes endives, radicchio, treviso, frisée, escarole, and dandelion. Many chicory varieties originate from Italy, and for farmers and gardeners, the varieties to choose from are numerous. A wonderful attribute of the chicory family is that they are very cold hardy, making them well suited for the short growing season of northern climates. In fact, with a bit of effort, they can be cultivated year-round, even through cold snowy winters. 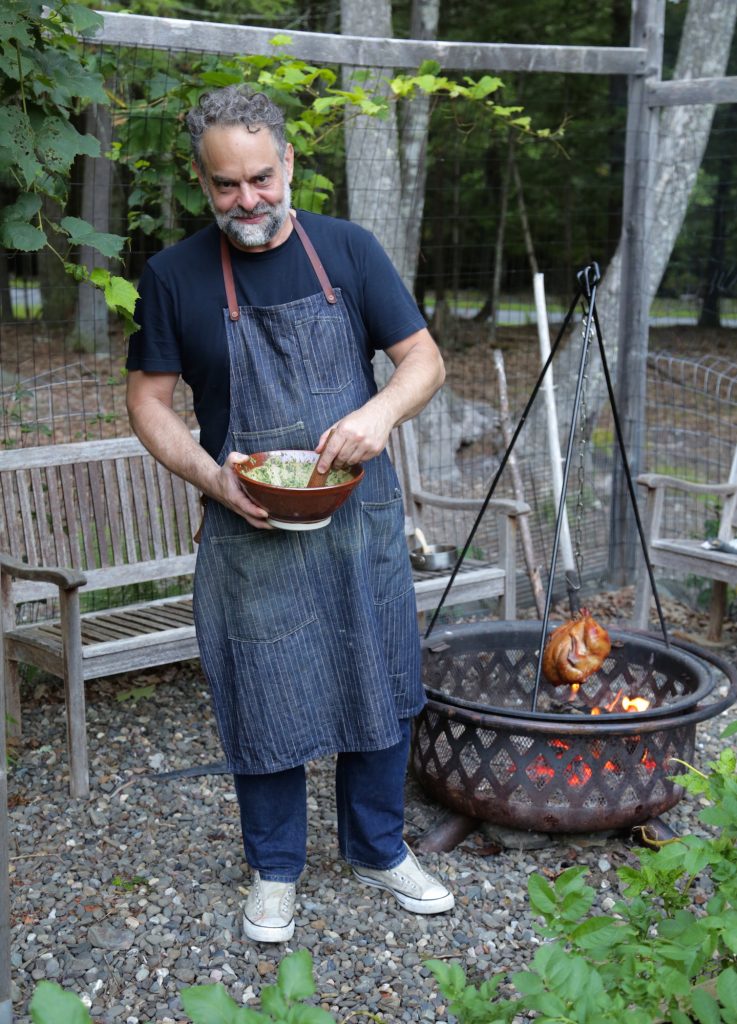 As soon as you start chatting with Peter, you immediately start to learn new things you didn’t know about food. It’s no wonder he has found his calling teaching culinary classes and writing about food. When Peter says he experiments widely with the crops he grow in his garden, he is not kidding around. His pantry is stocked with an astonishing array of homemade concoctions from vinegars to mustards, shoyus to misos, and everything in between. Basically if he’s grown it, he’s probably also fermented it, smoked it, dehydrated it, cured it, or pickled it. Browsing his instagram feed is intriguing and mind-expanding: you’ll see some two-year old sweet corn miso, spruce tip vinegar, homemade pastas, cured meats, and unique recipes influenced by the culinary traditions of France and Italy, two of the countries where he leads culinary tours. He also makes maple syrup each spring, cultivates his own mushrooms, and grows a staggering amount of food in the 30 or so permanent beds that populate his front yard. While filming this episode, I was particularly mesmerized by a bed of 7 or 8 feet tall plants covered in bulging pods. Sesame plants, he explained. Who knew one could grow their very own sesame seeds right here in the northeast?! 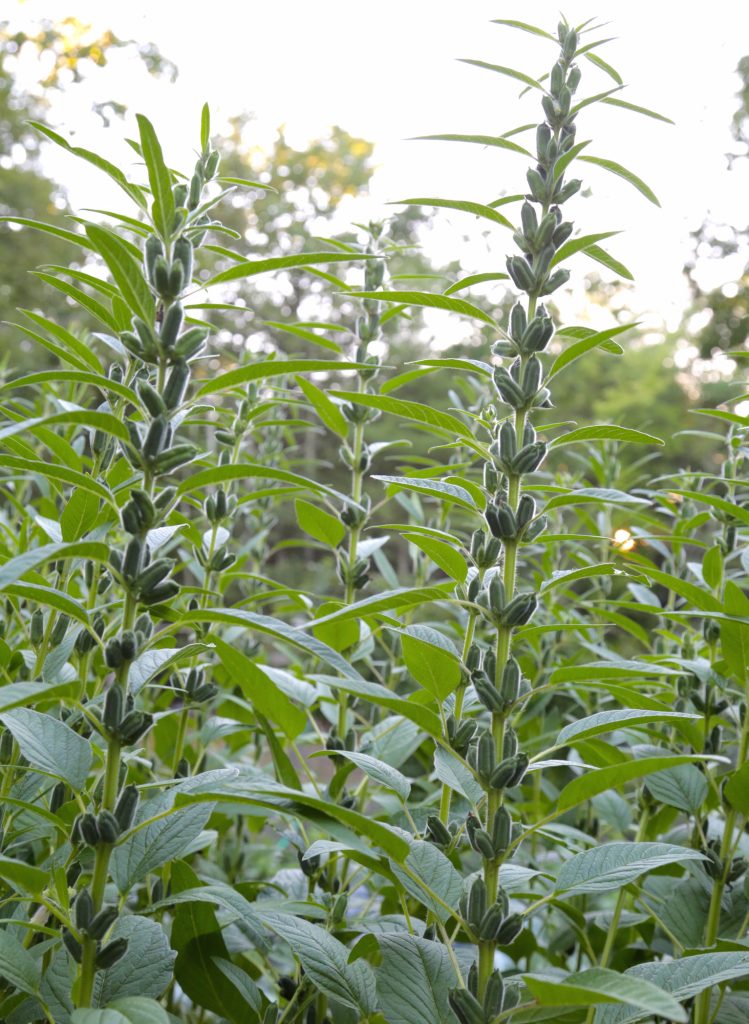 Peter’s chicory pesto instantly caught my attention because it’s a recipe he learned over 20 years ago from his friend Richard Zukowski, a master healer and prolific gardener who called it “green mash”. Richard passed away recently and the recipe has taken on a new significance for Peter, in that special way recipes often carry the spirit of people who have passed them on to us, even after they are gone. It’s also a recipe that teaches us how to befriend the bitterness of chicory, something that Peter believes can expand our culinary palate a great deal. In his words: “the fat from pine nuts and oil help to tame the chicory’s bitterness, and mash is sublime with anything from vegan lentils to a slab of nearly rare beef — what Richard called “land sushi.” 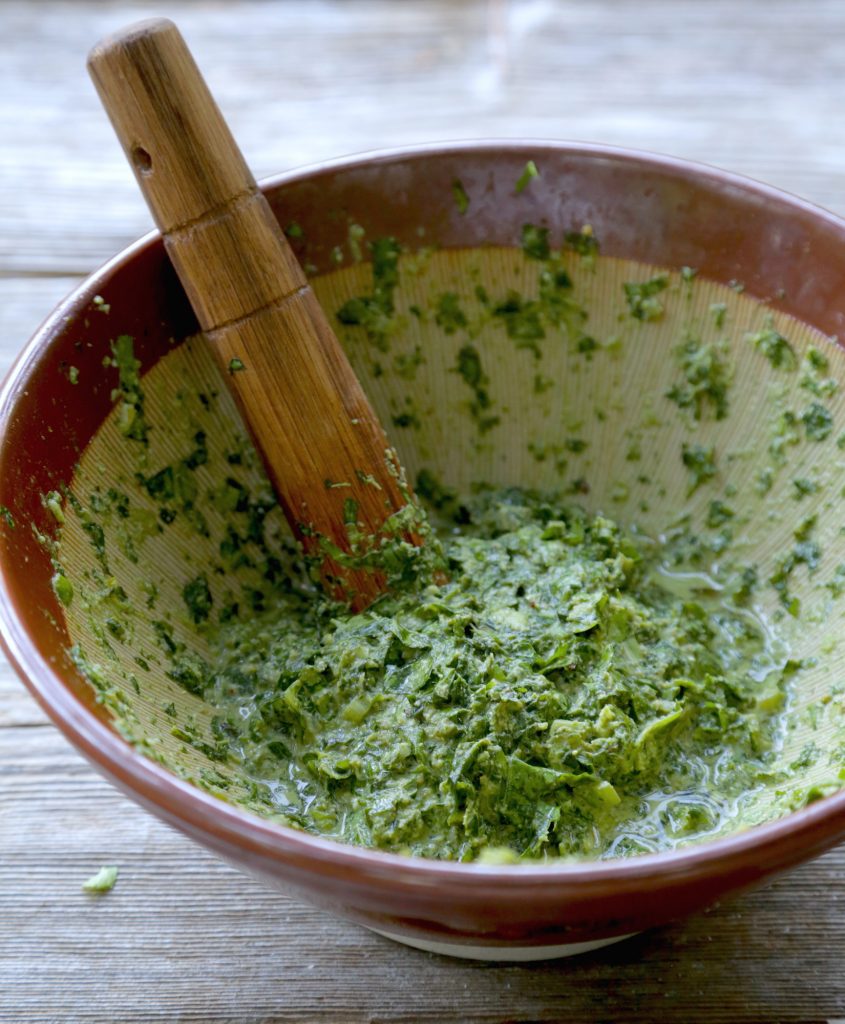 For his chicory pesto, Peter like to use an Italian chicory variety called Pan di Zucchero which means sugarloaf. Its light green head is shaped like a rugby ball. Peter chooses it for its bright, almost sweet note hiding amidst the bitterness. As Peter says, “if you learn your way around chicories and other bitter plants you can unlock some of the most fortifying and addictive flavors available for balancing a plate of food”. Not only that, but the bitterness in chicories and many other plants has been shown to be extremely nutritious for us, in part because they contain cancer-fighting compounds. So if, like me, you’re new to the universe of chicories, this recipe is the perfect introduction to that wonderful world. Enjoy!