The best season of all is here: the season of… chocolate!! I am the type of person who goes a little nuts for dark chocolate with bold flavor combinations. One of my favorite chocolate bars is perfumed with Earl Grey tea, and another is seasoned with sea salt and black pepper. By far the strangest chocolate I ever tried was infused with tobacco, an odd yet pleasing experience. My mom used to make a divine chocolate cake whose batter is generously speckled with fresh chopped basil, and that’s what got me thinking about trying some other herbs with chocolate. Rosemary was my hands-down winner. It lends a warm and earthy aroma to these rich rye brownies which make a sweet Valentine’s Day treat. 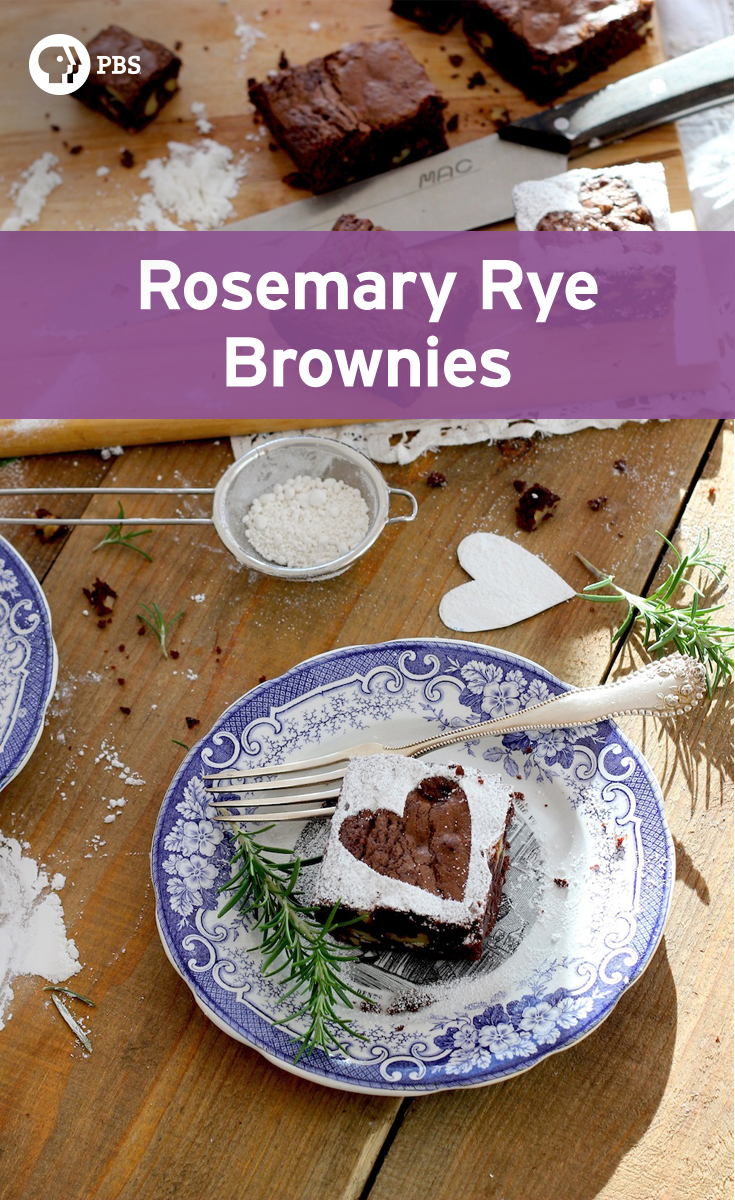 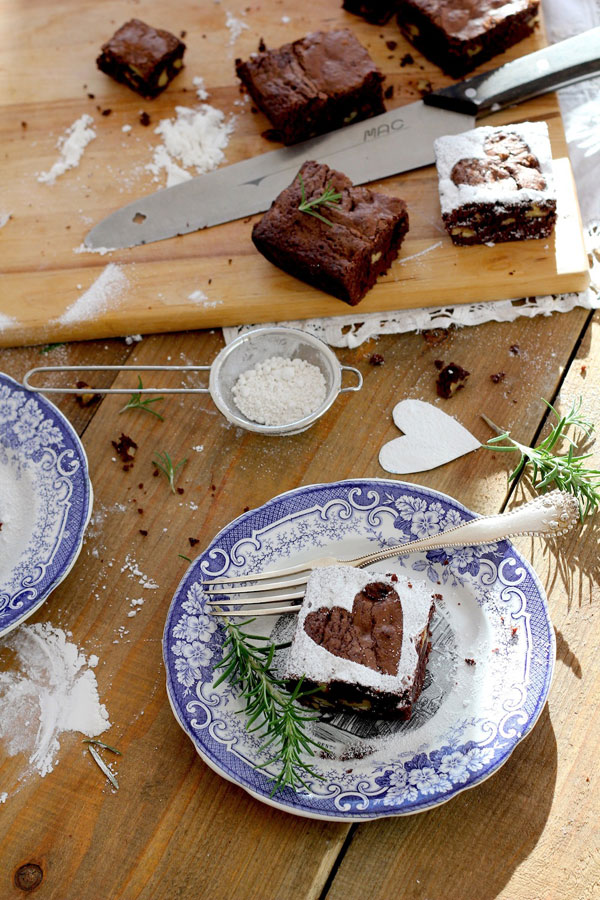 Because we grow and mill our own rye flour, I’m always looking for new ways to bake with rye. My friend Ladleah first introduced me to the brilliant idea of using rye flour in brownies. Rye has a more robust flavor than wheat and it pairs very well with dark chocolate, giving these brownies a wholesome edge over brownies made with plain white flour. 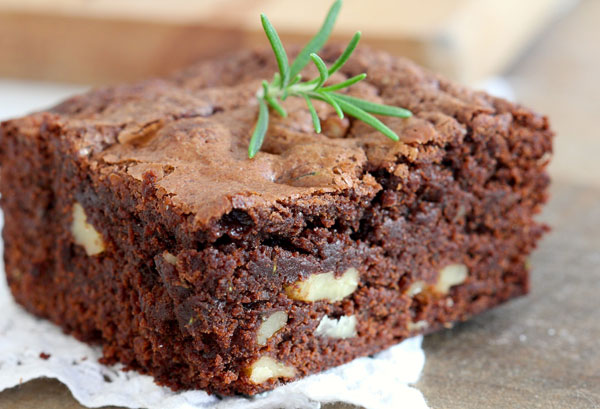 I used to struggle with brownies. For some reason, they often seemed to come out too cakey for my liking. Maybe it was from over-measuring the flour, or cutting down the sugar by too much (I am not a fan of overly sweet brownies!) but mostly I think the problem was that I was cooking them too long. I recently found out the type of pan you use can be a factor. Apparently, a glass pan will bake the brownies more quickly. Since baking pans and oven temperatures are variable, I find it’s best to keep a very close eye on brownies when they’re in the oven, testing them with a toothpick at least 5 to 10 minutes ahead of their total baking time. Under-baking or over-baking by even just a few minutes can make all the difference in the world. You want the top of the brownies to be shiny, and the center to feel a bit jiggly. Ideally, a toothpick should come out almost clean, but with a few crumbs on it. In my opinion, a perfect brownie should be rich and dense, but not overly thick and gooey. In striving for this, I did finally end up achieving the brownie of my dreams and now I’m sharing it with you, and hoping you’ll share it with your special someone.

Happy Valentine’s Day to you all, may it be filled with love… and chocolate! 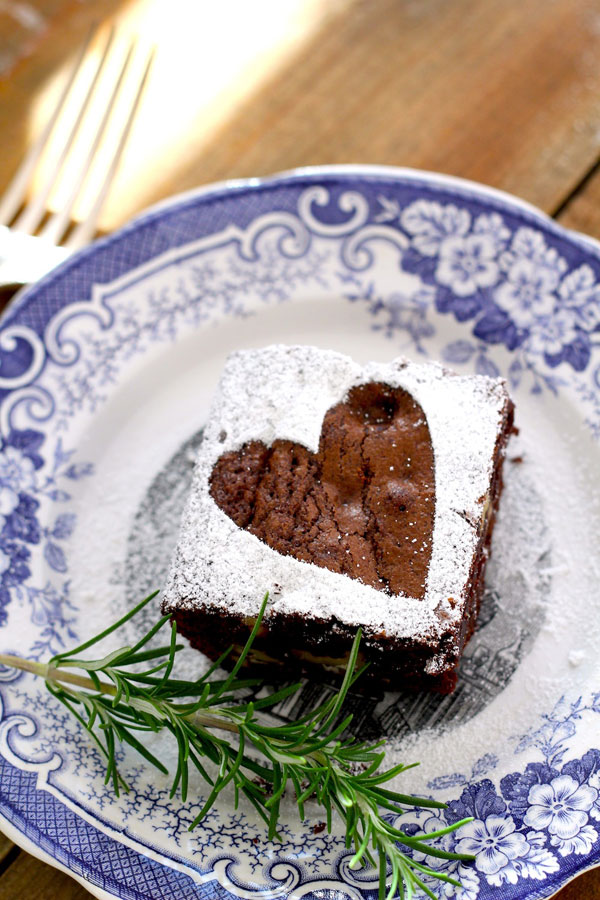 The rosemary in this rye brownie recipe creates an earthy aroma for a rich treat. (Recipe Credit: Aube Giroux of Kitchen Vignettes)