I tried to hold off for as long as I could on the obligatory October pumpkin recipe because of this video. The pumpkin spice invasion of the world!!! But any self-respecting food blogger has to face the facts. Come October, you should fulfill your blogging destiny and do at least one pumpkin recipe. And really I’m just joking because I actually do love pumpkin spice everything. So riding on the enthusiasm of the last video which involved salted bourbon caramel sauce, I thought I’d continue in the same vein, with an autumn favorite of mine: salted pumpkin caramels. 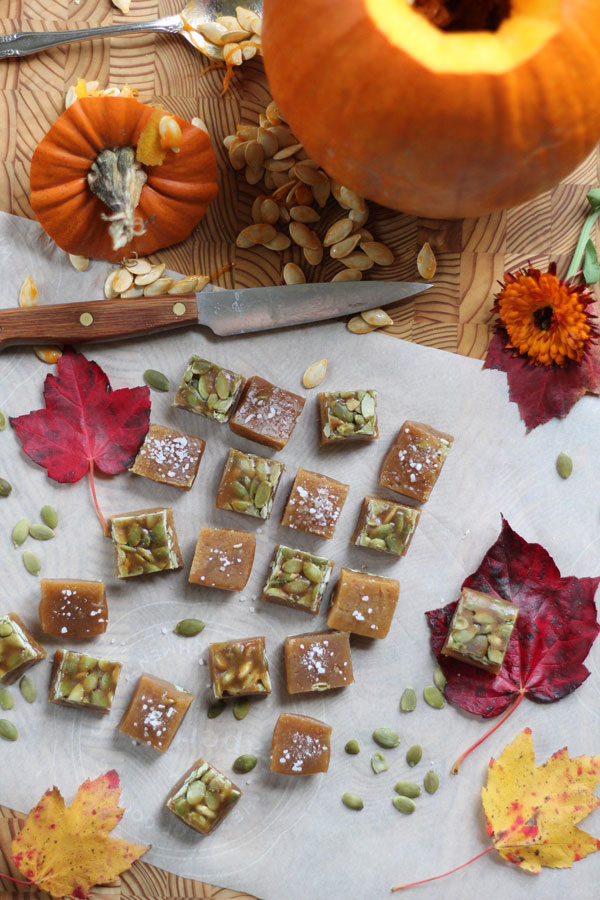 I am not really one to make candy. But when I first saw this recipe on Food 52 last year, I immediately made a dash out the door in search of a candy thermometer. I’ve only ever used it for making these caramels, but was it ever worth the purchase. 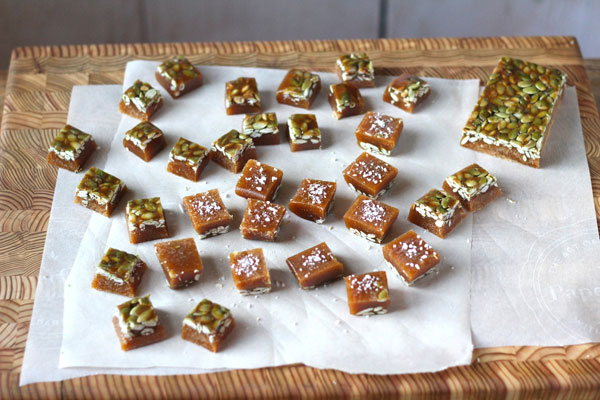 These chewy caramels taste like buttery pumpkin-ey spicy autumn-leaves-blowing-in-the-wind kind of goodness. I adjusted the original recipe slightly to avoid corn syrup because most corn products on the market are made with GMO corn which I avoid. I use all maple syrup in my version and it lends a rich maple flavor to the caramels. 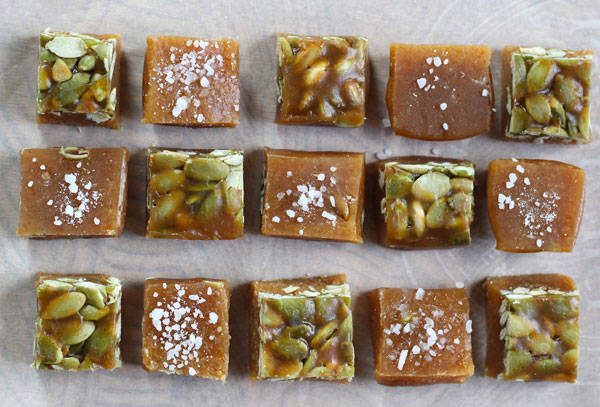 PS: For those of you who are looking for healthier treats this Halloween, I have a delicious paleo, sugar-free, and vegan version of these caramels up on my blog, come check it out.

In the meantime, I wish you all a wonderfully wild and wacky Halloween season! 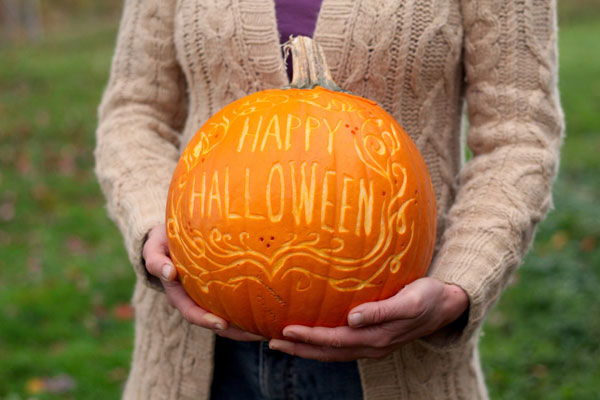 Halloween is about candy, but that doesn't mean you are stuck with what you see at the supermarket. These salted pumpkin caramels are easy, fun and delicious and come straight from the farmers market.