Soothe Your Soul with Crespelle in Brodo, Italian Crepes in Broth

Many of us have special recipes that are in our lives because they have been passed down from our parents or grandparents, and these recipes are often deliciously wrapped up in our cultural identity. Recipes that are passed down from previous generations can take on an important significance in our lives, as a treasured link to our ancestry, to the passage of time, to the people who lived before us. A simple dish can become a much-needed connection to our roots, and the region and terrain and climate that it was born out of. 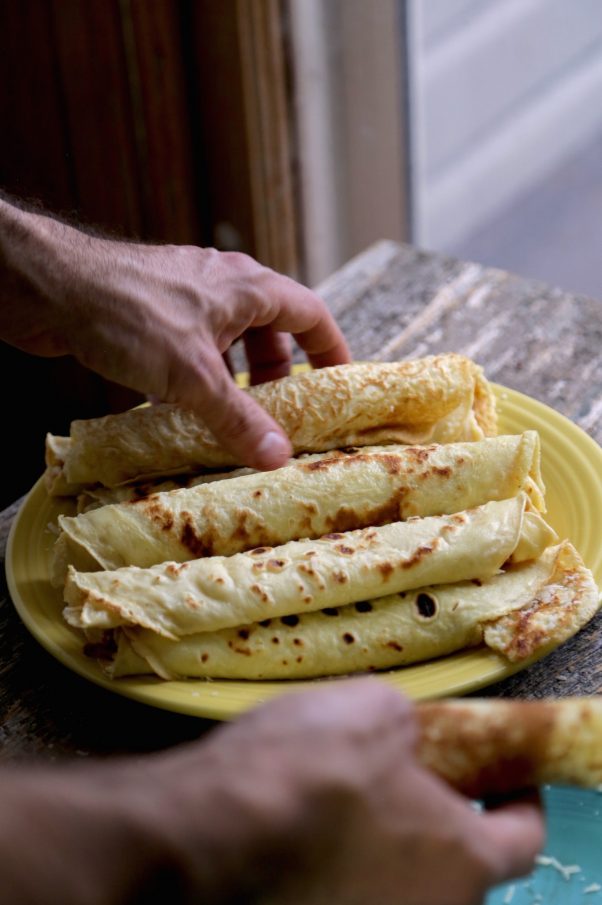 My friend Joe recently described such a recipe, one thats been in his family for a long time, frequently made by his Italian grandmother, passed down to his mom, and then to him. 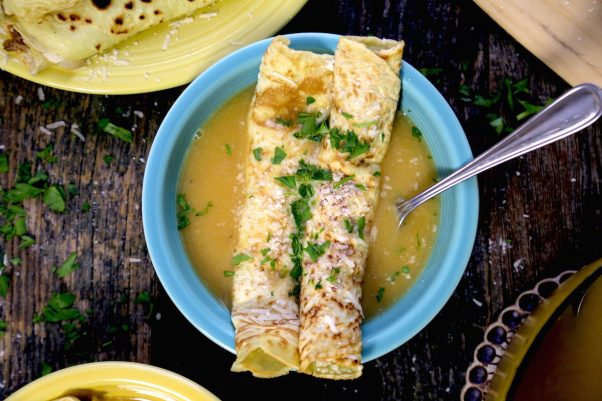 The recipe is a very traditional one from Abruzzo called Crespelle in Brodo (or known regionally as Scripelle mbusse ). It consists of crepes served in a hot chicken broth, and I must admit, I was initially quite skeptical. You see, I grew up on crepes. In our house, crepes were the equivalent of kraft dinner. When my mom didnt know what to make for dinner, she would whip up a batch of crepes. They were fast, cheap, and the ingredients were always on hand. Usually shed serve them stuffed with mushrooms or cheese and vegetables, but sometimes sweet crepes with maple syrup or molasses was a perfectly acceptable thing to eat for dinner. To this day, even now that my mom is no longer with us, I do the exact same thing. Crepes are a go-to for me, whether sweet or savoury, made with wheat or buckwheat, rye or whatever whole grain flours I happen to have on hand. But never in my life had I entertained the idea of pouring broth all over them! So when Joe told me about these, I was totally puzzled and intrigued and I knew I had to try them, despite my dubiousness. Well, as you might expect, they were a revelation. A true comfort food, particularly on a cold winters day. The crepes soak up the broth and take on a delightful squishy texture, for lack of a better word. The parmesan and the salty broth lend a great satisfying depth of flavour that lingers in the mouth and makes you just want to eat more and more and more. 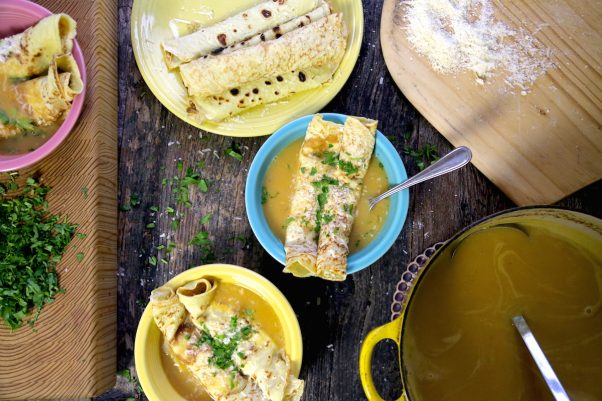 I was so grateful that Joe allowed me to share his familys recipe with you all and film him in one of my videos. As with most traditional Italian recipes, there are many subtle variations in the way they are prepared and Im sure the recipes vary from family to family. Some versions call for a simple light chicken broth, Joes version incorporates creamed carrots and potatoes to thicken the broth. The cheese used can vary from parmesan to pecorino romano, and the crepe batter can be prepared with either milk or water. I highly recommend a generous pinch of chopped fresh parsley for the garnish, it adds a lovely burst of flavour and colour! As a final note, the crepes should be served in a wide shallow bowl. (The bowls you see in the video are not quite wide enough, ideally, they should be a bit broader to fit the full crepe). Some people also cut the rolled crepe into slices for ease of serving. 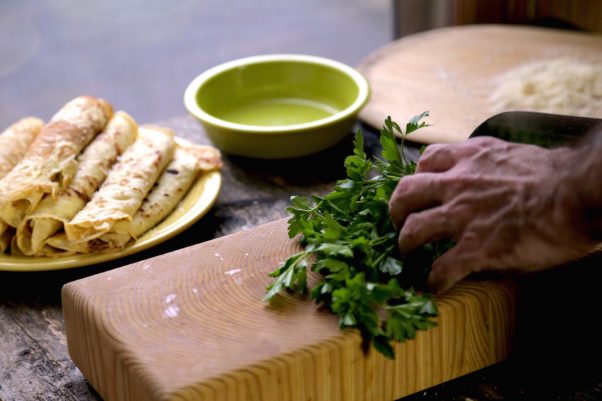 If this is a recipe that is traditional in your family, please share your own variations and stories. Buon appetito! 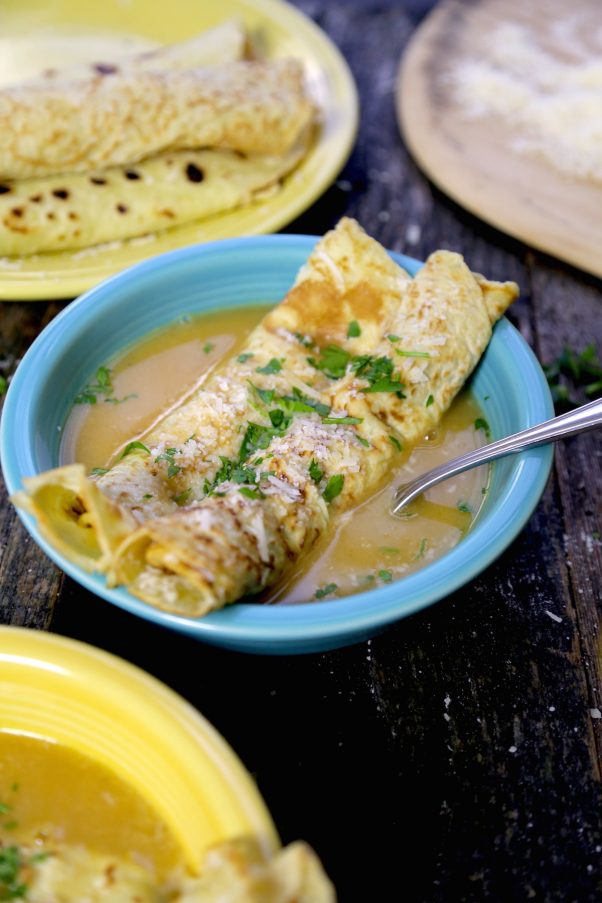 Crepes in Broth (Crespelle in Brodo)

Crespelle is a traditional Italian dish featuring crepes served in a hot chicken broth. Aube Giroux shares more about this dish and her holiday traditions in the Kitchen Vignettes blog.