Sweetness and Depth Added to the Table: Parsnip Gnocchi

For folks who like to grow their own food or eat seasonally, springtime holds the promise of many new beginnings and upcoming harvests. But April and May can be somewhat desolate months when seeds are being put in ground but not many crops are actually ready to eat. Having parsnips overwinter provides a surprisingly luscious, seasonal treat that can be harvested before any other crops are ready to eat. 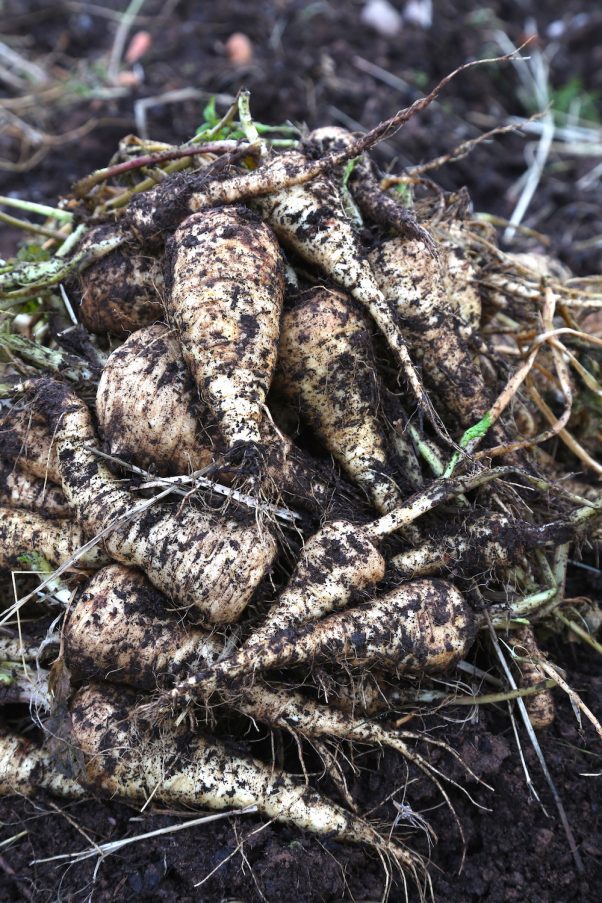 Spring-dug parsnips are coveted for their unique sweetness and depth of flavour. Instead of being harvested in the fall, these parsnips are left in the ground through the winter months and harvested as soon as the soil fully thaws. While they slumber under a bed of mulch and snow, the cold works its magic, converting their starches to sugar and turning them into a highly sought-after treat. 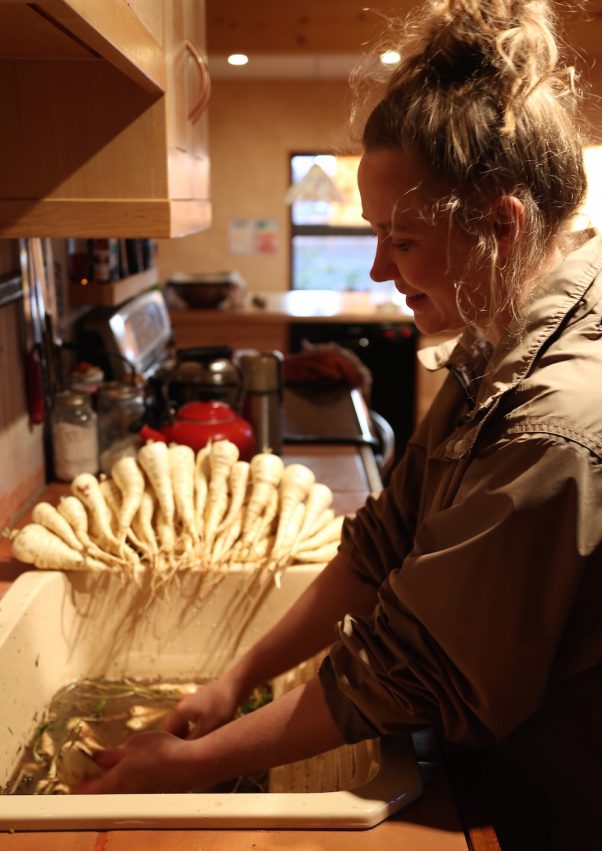 My friend Ume grows the most beautiful parsnips in her garden and she invited me to take part in her spring harvest last year. It was quite magical to spot the bright, promising roots against the cold dark earth. Ever since, Ive had parsnips on the brain and have experimented with a whole bunch of parsnip recipes. Parsnip gnocchi has become a favourite. Ive always loved classic potato gnocchi but when parsnip is added to the dough (I use half parsnip, half potato), the little white pillows take on an enticingly sweet flavour. I like to serve them with a lemony arugula walnut pesto. The tartness of the lemon, the spice of the arugula, and the saltiness of the parmesan all provide a balanced counterpoint to the sweet gnocchi. The whole thing is lip-smacking good. 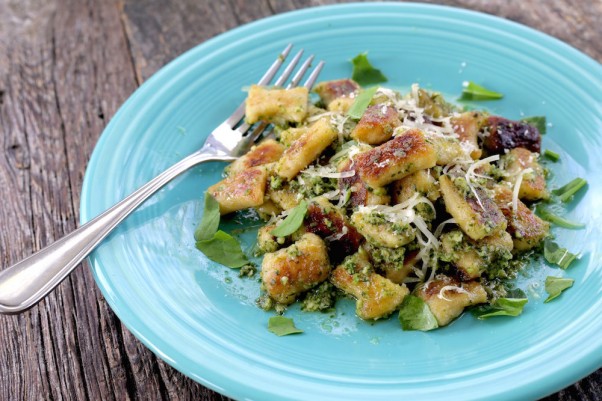 A few words on gnocchi. Its one of those things that intimidates people but its really not very hard to make. The trick with gnocchi is to avoid the gummy factor. Although I personally have always loved a chewy little gnocchi with some bite to it, once youve had a light and tender melt-in-your-mouth-gnocchi, its hard to go back. 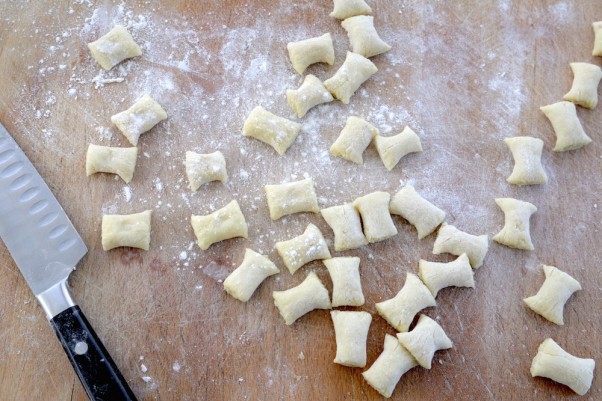 I read up on how to make the most tender and light gnocchi and I find myself always going back to this article on Serious Eats. Its incredibly informative and Daniel Gritzer offers up some great tips. Using dry, starchy potatoes such as Russets is key (though there are other equally starchy varieties, for the potato growers and connoisseurs out there). Baking them is recommended to get the maximum moisture out of the potato (though many traditional Italian recipes simply boil them, so dont think it actually matters THAT much). He also recommends using minimal flour (starting with 1/4 cup per pound of potato and working your way up if the dough needs it) and not overworking the dough because you dont want to develop the gluten. He recommends using a pastry cutter to cut the flour in and then folding the dough on itself instead of kneading it. Youre supposed to use a potato ricer for gnocchi but I have a real aversion to specialized kitchen tools that end up sitting at the back of your drawer unused, so I refuse to buy one. But I had read that you can instead grate the baked potato using a box grater and I found it worked fairly well. Use the large holes, not the small ones as I did in the video (it will go quicker). The trick is that the potatoes should ideally still be hot, but if youre grating them, just cooled enough to handle will do the trick. As for the parsnip, it isnt nearly as finicky as the potatoes. I mashed it with a fork and it was fine, but if you can, puree it with a blender for smoother gnocchi dough. In large parsnips, the heart can be tough, so remove it if need be. 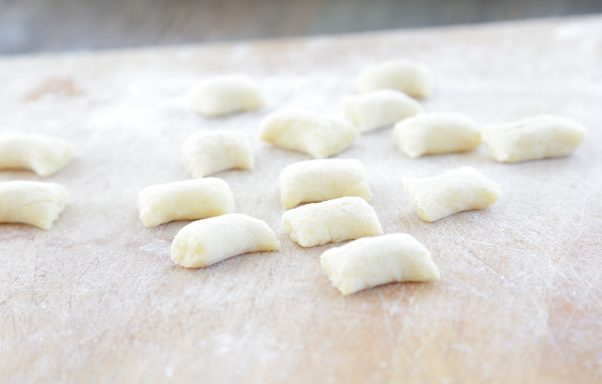 The instructions to my recipe are detailed, but dont worry if you want to do things differently, there are a million ways to make a good gnocchi! Enjoy! 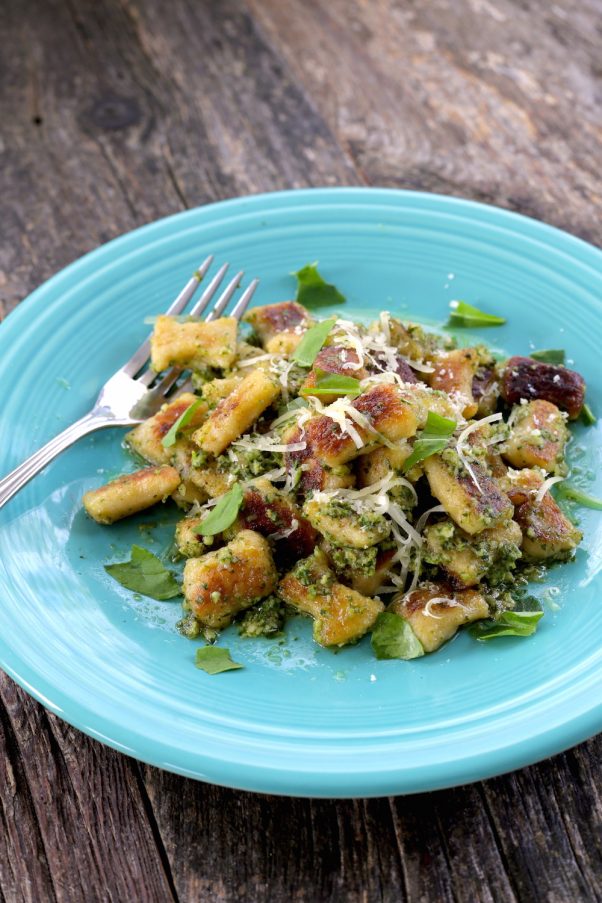 An enticingly sweet flavor is created when parsnip is added to a classic gnocchi dough. Served in a lemony arugula walnut pesto and it's lip-smacking good. Aube Giroux shares more about this dish in the Kitchen Vignettes blog.