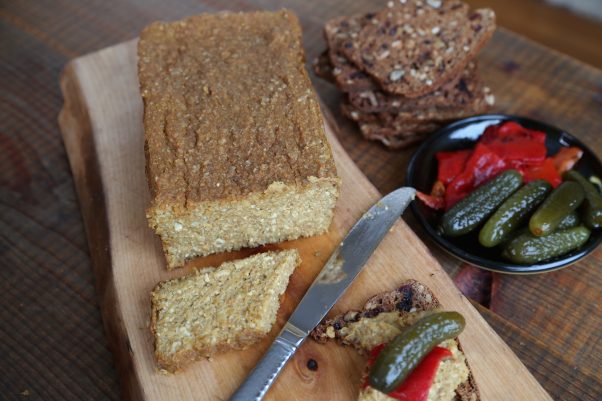 I often joke that I was a flower child baby, because by the time I came into the world, my mom had already embraced many aspects of the hippy lifestyle of late 1970s Montreal. One of the areas where this was most evident was in her approach to food and cooking. A cherished cookbook in our household, published the year after I was born, is Le Bonheur du végétarisme (The joy of vegetarianism) by Québec author Danièle Starenkyj. Danièle’s book turned végépâté into a Québec classic. If you go to just about any grocery store in Québec today, you will find an assortment of different brands of végépâté, so tasty they are enjoyed by meat eaters as much as by vegetarians. But veggie pâté is also incredibly easy to make at home. 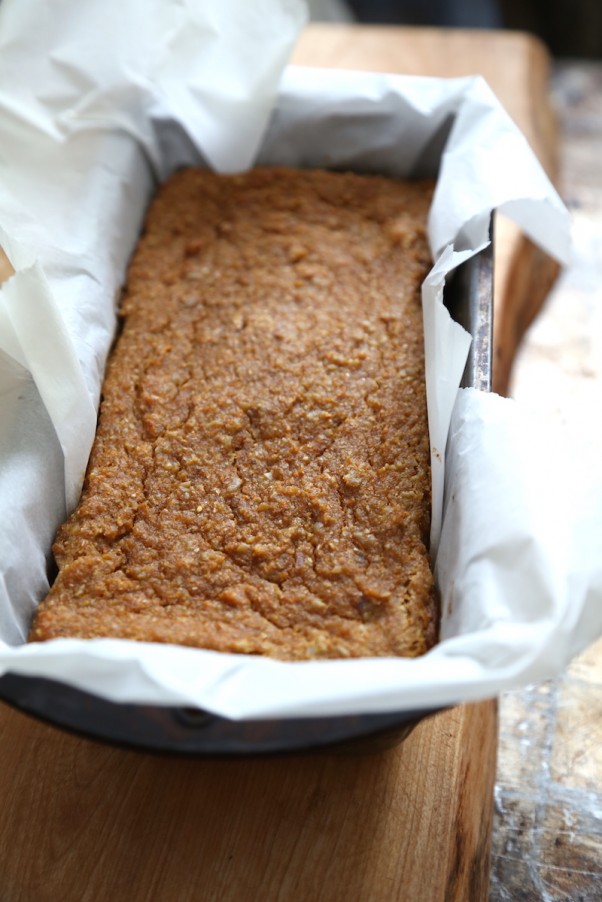 Veggie pâté is handy to have around at this time of year. After Christmas, theres often still a fair amount of entertaining and socializing going on but people sometimes feel weighed down by all the rich foods theyve feasted on. Veggie pâté is a nice counterpoint to what I affectionately refer to as the post-Christmas food coma. 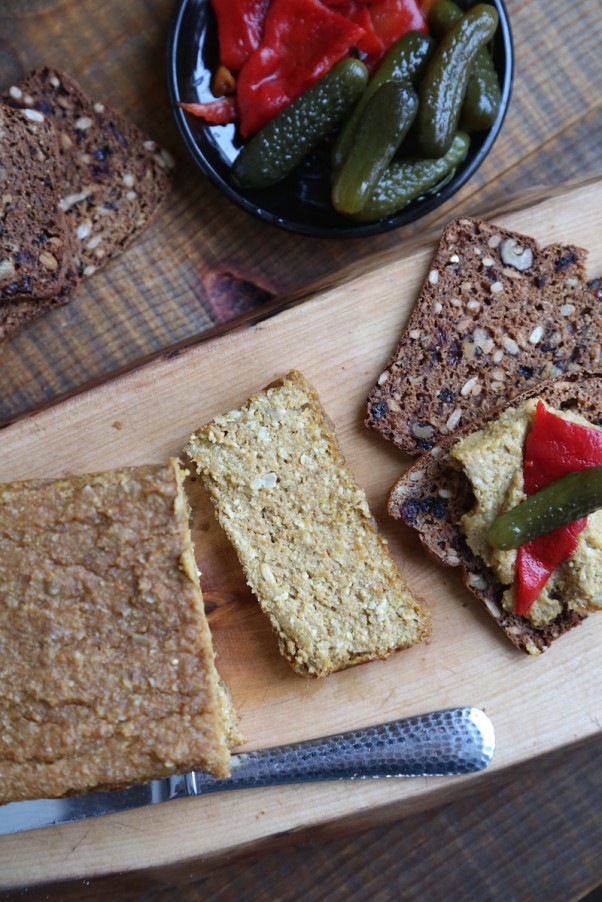 You can serve it up with crackers and pickles as a nice alternative for those who want to take a little break from meat and pies and cookies. Also, the vegetarians in the group will love you for it. And if youre looking for something new and unique to bring to someones house as a gift, this is guaranteed to get a few surprised ooh and ahhs, especially if you package it with some homemade crackers or bread. 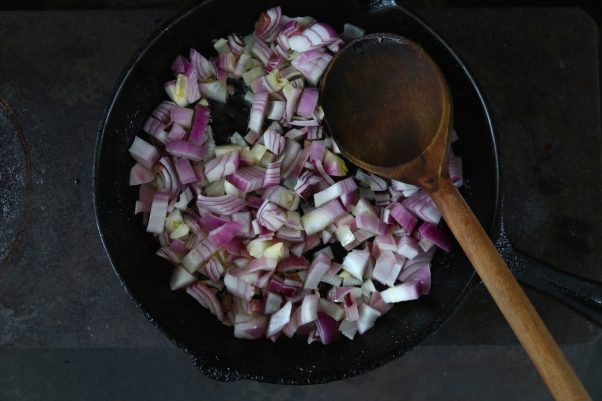 Over the years, Ive brought my own tweaks to the recipe. I like to add carrots to my version and use Bragg’s liquid soy seasoning to add a bit of umami to the loaf. 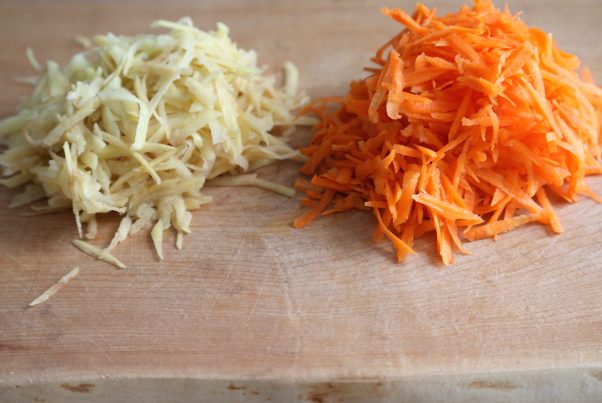 Once you have the basic recipe down, its fun to experiment with different variations: sundried tomatoes are delicious, as are mushrooms and fresh herbs. 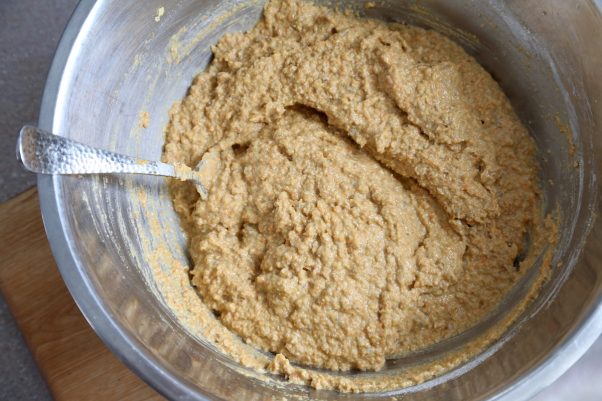 But here, Ive stuck to my own basic recipe which is quite close to Danièle Starenkyjs original and deliciously flavorful as is.

I love this recipe because it contains ingredients that I almost always on hand in my kitchen. But I should say a few important words about the one ingredient some of you may not be familiar with. If youve never heard of nutritional yeast, dont fret, its not as gross as it sounds and it lends incredible flavor and nutrients to this pâté so resist the urge to skip it. Its worth seeking out (also because it happens to make the best all-time popcorn sprinkle-on topping). Nutritional yeast can be hard to come by but most health food stores carry it. There are several different types of nutritional yeasts. Do not use brewers yeast or bread yeast, you would get very different and probably alarming results! Do not use the powdered version either. Be sure to use only the light flaky kind. Here is a photo of what it should look like. 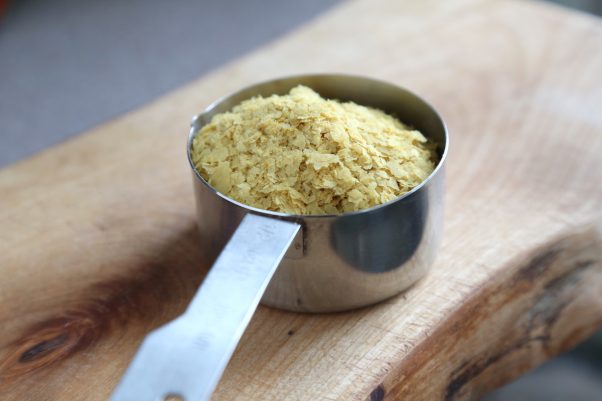 I grew up with veggie pâté so to me its a wonderful and versatile comfort food. Im always curious to hear feedback from people who are new to it, so I would love to read your comments below if you do make it. Enjoy! 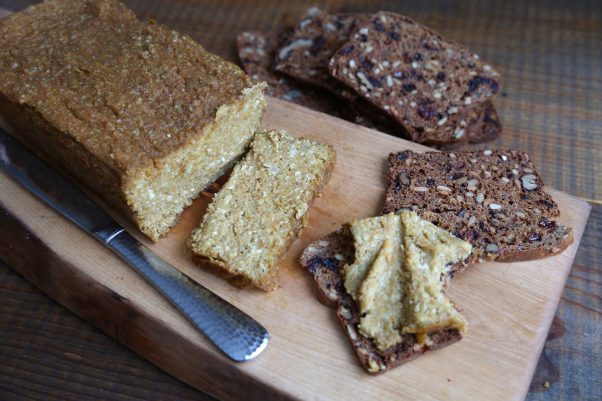 Veggie pâté is easy to make at home, and you can serve it on crackers or bread. (Recipe Credit: Aube Giroux of Kitchen Vignettes)