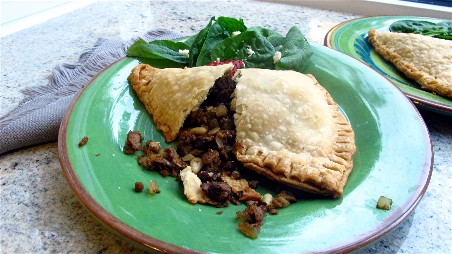 I spent my teen years in Southern California, which has a large population of immigrants whose families are originally from Mexico. We were lucky to have plenty of places to eat authentic Mexican food, which is much more complex than many of my friends, who are mostly accustomed to eating crunchy beef tacos and bean and cheese burritos, have experienced.

I now live near Washington, D.C. and have gotten to know families who originally came from El Salvador, Guatemala, Honduras, Peru, and Argentina. Each of these countries has distinctive cuisines with varied ingredients and flavors.

Because this month (September 15  October 15) celebrates Hispanic Heritage Month in the U.S., I wanted to share one of my favorite recipes from Argentina, where I lived and worked for a summer in the 1980s.

Like the U.S., Argentina is a melting pot for people from all over the world, especially Italy, Spain, Germany, Paraguay, Chile, and Uruguay, so its food incorporates influences from all of these countries and many others.

My favorite lunch or snack in Buenos Aires was the empanada. These are delicate little pastries that are often filled with ground meat, spices, olives, and raisins. Ive created my own recipe for empanadas that can easily be made in less than an hour and tastes remarkably close to the flavors I remember from that summer.

Using a prepared piecrust rather than making and rolling your own dough makes these easy enough for a weeknight dinner. If you have time to make your own empanada dough, here is a recipe from Laylitas Recipes.

Your kids will enjoy helping you fill and fold the pastry pockets and seal their edges with the tines of a fork.

In honor of Hispanic Heritage Month, you and your family can take a virtual tour of some of the Smithsonian museums most interesting objects that illustrate Hispanic contributions to art and culture. 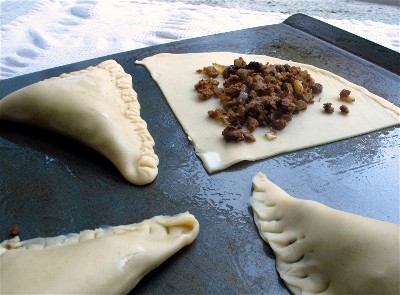 Have you ever tried empanadas? If so, what was your favorite filling?