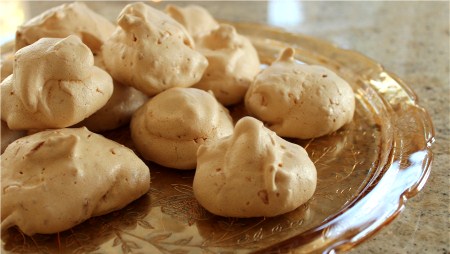 This Friday is not only the beginning of the Jewish holiday, Passover, but its also my birthday. For Passover, my family gathers for a Seder (or ritual meal) at my mothers house in Santa Barbara, California, where we retell the dramatic story of how the Jewish people escaped from slavery in ancient Egypt.

At the Seder, we eat many traditional and symbolic foods such as Matzo Ball Soup, beef brisket, and a delicious apple and walnut salad called Charoset.  During the week-long celebration of Passover, Jewish people refrain from eating breads that have risen (leavened bread).  Instead, we eat a flat, crunchy bread called matzo, which reminds us of when the Jewish people had to flee Egypt so quickly that they didnt have time to let their bread rise.

My sister Sheba and I both have April birthdays. We used to dread when our birthdays would fall during Passover because we couldnt have good birthday cake, as it was leavened.  None of the Passover cookies and cakes appealed to us at all. I still dont like the traditional Passover desserts, but over the years we have found some great modern substitutes that make for not just tolerable but tantalizing sweet endings to the meal.

Below I share a few of my favorites, including my most recent discovery, light and airy coconut meringues.

My dear friend Christina McHenrys grandmother, Elizabeth Williamson, used to bake these coconut meringue cookies for Chrissie and her siblings when they were growing up. After trying these melt-in-your mouth treats at Chrissies house, I knew I wanted to share the recipe with you! These cookies work well for Passover because they dont have any type of flour in them, and I like them a lot better than traditional coconut macaroons. You may want to double or triple the recipe, as one batch never seems to be enough. 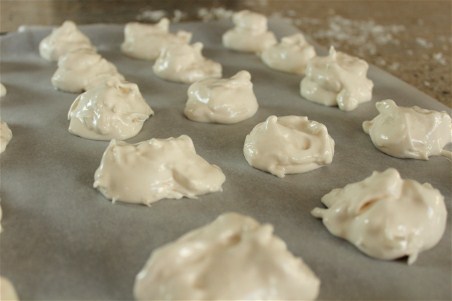 Have you ever been to a Passover Seder? If so, what was your favorite Passover dessert?