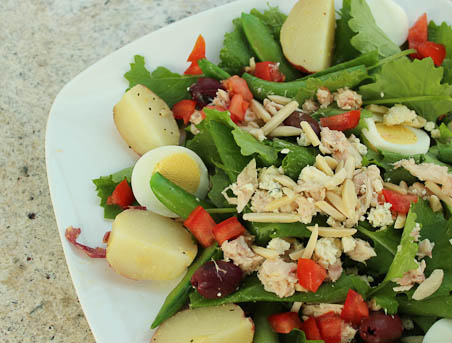 In the Washington, DC area where I live, I belong to a womens professional culinary society called Les Dames DEscoffier (of which Julia Child was a Grande Dame, but Ill get to her soon). While I am an untrained cook, many of the women in the group are professional chefs and culinary professionals with years of experience. A couple of times each year, we gather for a meeting followed by a potluck in one of the members homes. So far, in the two years I have been a member, I have only mustered the courage to bring wine and cheese to complement their extraordinary creations. Recently, however, I gathered my nerve and made a batch of fresh pineapple mojitos for our summer potluck.

The day of the meeting and potluck didnt go as planned: I had a work emergency and the two stores that I stopped at didnt have one of the ingredients I needed for the cocktails. I ended up with about 10 minutes to make a vat of mojitos that should have taken at least double that, so I had to improvise. I wasnt feeling totally confident about the concoction but at this point I had nothing else to bring. When the meeting ended and we gathered for the feast, I channeled one of my culinary heroes, Julia Child, who had a firm rule never to apologize for a dish she had made no matter how badly it had turned out, but rather to hold her head high and serve it with confidence. I proudly began pouring the drinks, even though I knew they werent what I had envisioned, and sure enough, people enjoyed them immensely.

When I was a child, we were only allowed to watch one or two TV shows a day, but my parents made an exception for PBS because it was educational. I didnt do many extracurricular activities or play sports, so sometimes I would spend hours watching shows on PBS.  The gawky, good-humored chef, Julia Child, delighted me. I was a fearful child, while Julia seemingly feared no ingredient or situation.  She would plunge into whatever dish she was making with both hands  literally  and if things went awry, she would just laugh and keep things moving. At the end of the show she savored a bite of whatever she had cooked with immense pleasure.

When my family moved from Illinois to Santa Barbara, California, it turned out that we lived in the same part of town as Julia Child, so I would occasionally see her tall, sturdy frame and pouf of brunette hair pushing a shopping cart around the grocery store. I was star-struck! 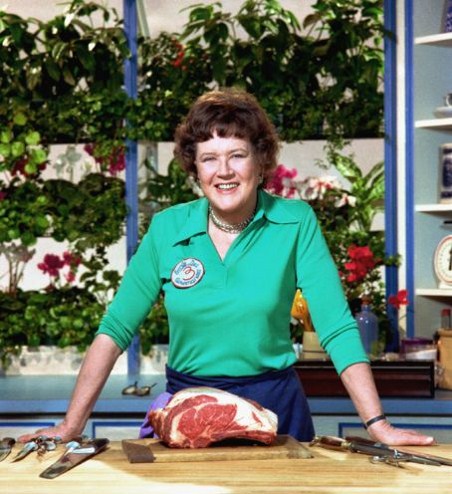 I didnt know very much about Julia Child at the time, nor did I have any inkling that I would turn out to make food my profession. As my interest in cooking has grown, so has my reading of cooking and food memoirs. One summer I read back to back books about Julia Child–her own memoir, My Life in France, and Julie & Julia by the food blogger, Julie Powell, who recounts how she got her own life on track by cooking her way through Childs first cookbook, Mastering the Art of French Cooking. 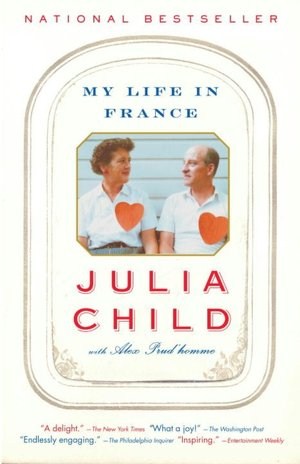 Reading these books and learning so much more about Julia Child gave me a new level of appreciation for her and what a fearless pioneer she was. In addition to many other accomplishments, she revolutionized American cooking and created the first real televised cooking show. (I later learned that she might have also been a spy for the U.S. government!)  She had a tenacious, adventurous spirit and a strong belief in herself.  She savored and mastered both food and life, and that came through on screen, even to the 10-year-old me.

In this passage from her memoir (written with her grandnephew Alex Prudhomme), Julia describes the meal in France that first awakened her passion for French food. I closed my eyes and inhaled the rising perfume. Then I lifted a forkful of fish to my mouth, took a bite, and chewed slowly. The flesh of the sole was delicate, with a light but distinct taste of the ocean that blended marvelously with the browned butter. I chewed slowly and swallowed. It was a morsel of perfection.

Julia, happy 100th birthday from one of the many millions of women whose lives you touched.

My friend Lisa Flaxman, a Francophile like Julia, once indulged me over lunch with this delicious French salad (I called her version Salad Licoise).