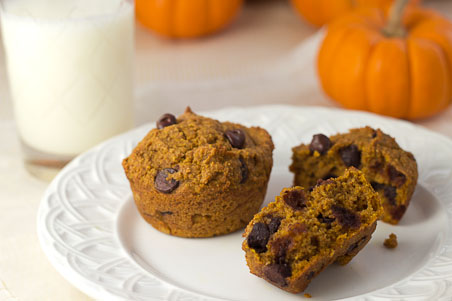 My 15-year-old son, Solomon, is a pretty even-keeled guy, but the other day he came home from school looking so downtrodden. He was feeling annoyed at a teacher and was frustrated that he had worked so hard to train for a cross country meet but wasnt able to run because of a minor injury. By some karmic coincidence, I happened to be making his favorite muffins, Pumpkin Chocolate Chip Corn Muffins, and was just taking them out of the oven as he walked in the door with his head hanging low. At least something went right for him that day!

Solomon gets so happy when I make these wholesome muffins, adapted from a recipe in Real Simple magazine and suggested by our friend Jody Gan. When I havent made them in a while, he subtly reminds me how much he loves them. Solomon enjoys having one for two for breakfast and another one after school for a snack. I feel good when he eats them because these muffins are full of healthy ingredients like whole grains, pumpkin, spices and dark chocolate. Make sure not to over-mix or overcook them, so they dont become dry. 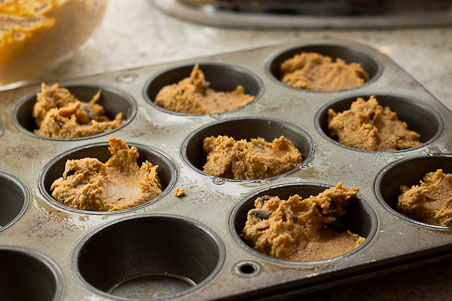