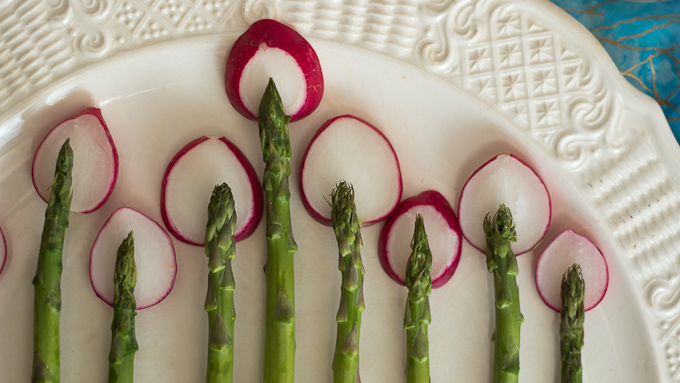 This is the first Hanukkah since Solomon and Celia were born that I wont be with them the whole holiday. For the first three nights of Hanukkah Ill be on a mother-daughter trip in New Mexico with my mom and sister. Travelling alone with them is an opportunity that doesnt come around often and I dont want to miss it, but I hate the thought of not being with the kids during the first few nights of the holiday. However, Solomon and Celia are independent teenagers now, and they dont seem to mind my being away for part of Hanukkah. (Sniff, sniff.)

During Hanukkah, we light the candles on the Menorah, one for each night, and sing songs after dinner. Sometimes we exchange gifts (well mostly Andrew and I give the kids presents), and we always have a night of making latkes and playing dreidel, usually with friends. One of the gifts we always give our family is tickets to see a musical, and this year were so excited to see War Horse, which is receiving rave reviews. (Well, Andrew and I are excited. The kids areteenagers who dont get excited about much, especially seeing shows with their parents.)

This year Im sure that Solomon and Celia will still light the candles with us and eat some fried potato latkes topped with applesauce and sour cream. But Im not sure theyll agree to make edible menorahs and dreidels with me. So during Hanukkah Im going to round up some of my favorite youngsters in the neighborhood, like my friend Sharon Cichys daughters who still get excited about Hanukkah crafts, and were going to make some healthy edible Menorahs (Menorahs are ceremonial candle holders that hold candles for the eight nights of Hanukkah, plus a taller helper candle to light the others.)

To make the Menorahs, use crunchy vegetables as the candles and serve hummus or your favorite dip on the side.  Use your imagination with olives, sweet red or green bell pepper, green beans, celery, carrots, mushrooms, asparagus, cauliflower, and broccoli.  Hard boiled egg halves or sliced radishes make great candle flames.  For a party activity, put out plates of different veggies or fruit and let everyone make their own creation. 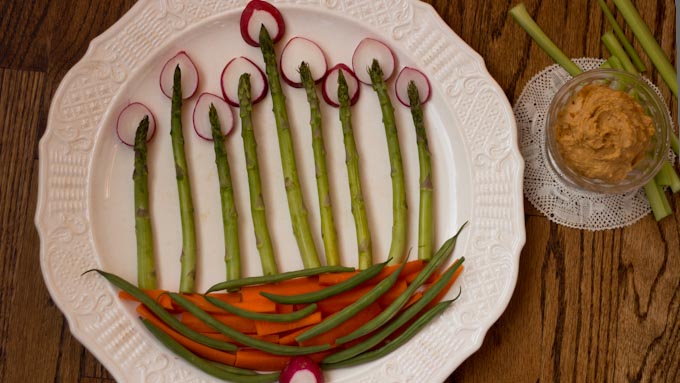 If youd like to try my potato latke recipe and make edible dreidels out of pretzels, marshmallows and chocolate kisses, recipes are here: http://www.pbs.org/parents/kitchenexplorers/2010/11/30/hanukkah-latkes-and-spinning-dreidels/

Many Jewish families eat brisket and noodle kugel with their potato latkes.

If your family doesn’t celebrate Hanukkah but you are inspired to make edible holiday decorations, check out these edible Christmas tree ideas from Cute Food for Kids:  http://www.cutefoodforkids.com/2011/12/12-35-edible-christmas-tree-craft-ideas.html

What is your familys favorite edible craft or meal during the holiday season?