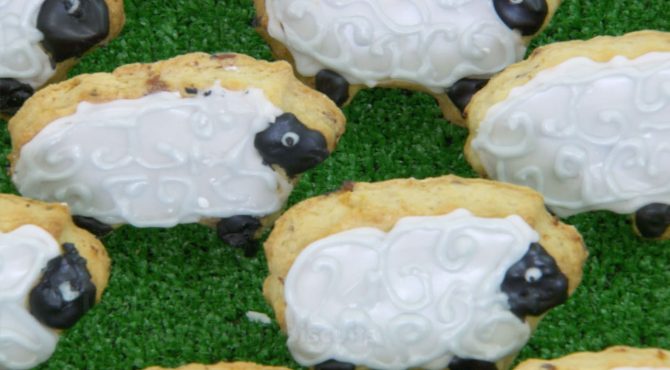 Bara brith is a traditional Welsh cake laced with gentle spices and dried fruit. The flavors are lovely in these cute biscuits - quite similar to Shrewsbury biscuits. This bara brith sheep biscuits recipe is featured in Season 4, Episode 2.

Equipment: for this recipe you will need a pestle and mortar and a sheep-shaped biscuit cutter. Note: This recipe contains U.K. measurements and may require conversions to U.S. measurements. It has also not been professionally tested.
Tags: Baking Recipes, britishbakingshowrecipes, Contestant Recipes
Presented by: