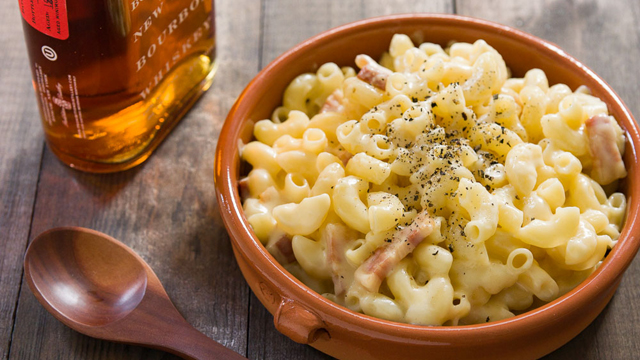 This grown-up version of mac and cheese is loaded with bacon and spiked with bourbon. (Recipe Credit: Marc Matsumoto of Fresh Tastes)