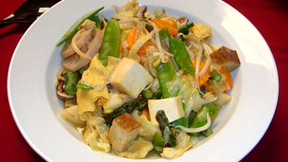 This recipe is courtesy of Shirley Fong-Torres.