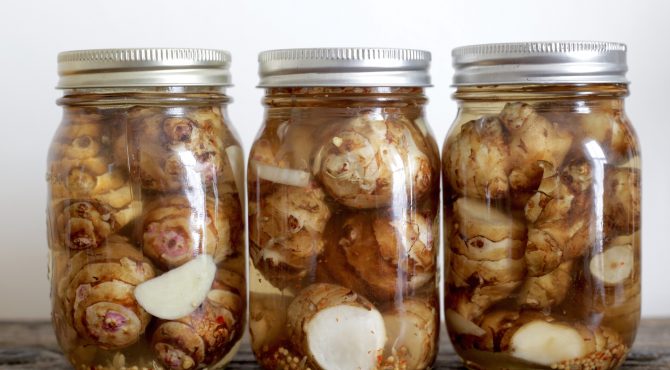 These pickled sunchokes are simple to make and are a great addition to salads and tacos. Read more about Aube Giroux's time with Camelia Kitchen Vignettes.