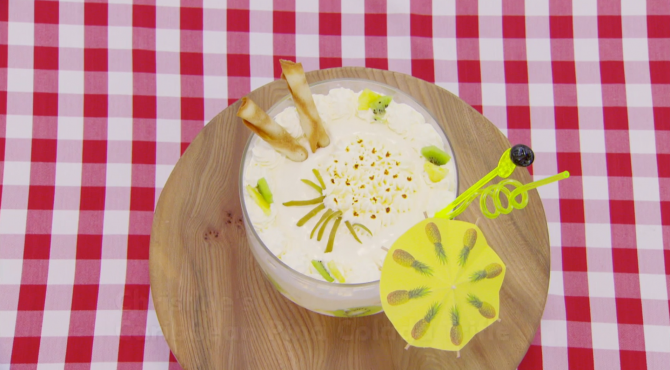 Equipment and preparation: you will need a hand-held electric whisk and a piping bag with a plain nozzle. Plus a cocktail umbrella, curly straw and swizzle stick for decoration.
Tags: Baking Recipes, britishbakingshowrecipes, Contestant Recipes
Presented by: