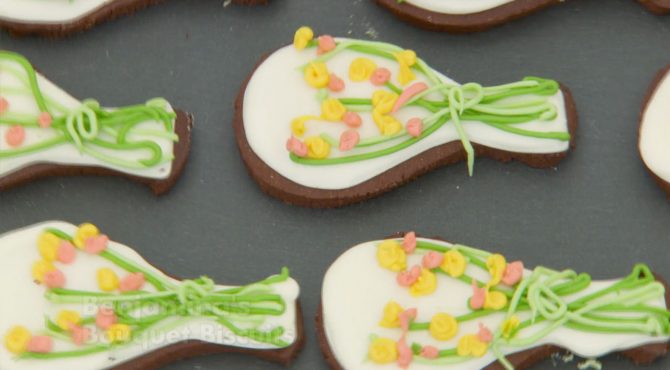 These pretty biscuits are flavored with orange zest and cocoa. This chocolate and orange iced biscuits recipe is featured in Season 4, Episode 2.

For this recipe you will need a template to cut out the biscuits (see tip) or a 2½in round biscuit cutter, 5 piping bags fitted with small plain nozzles and an electric mixer. The biscuit dough is crumbly so it helps to make the template out of card. The template should be about 3½in tall and 2in wide, and roughly the shape of a lightbulb. Note: This recipe contains U.K. measurements and may require conversions to U.S. measurements. It has also not been professionally tested.
Tags: Baking Recipes, britishbakingshowrecipes, Contestant Recipes
Presented by: