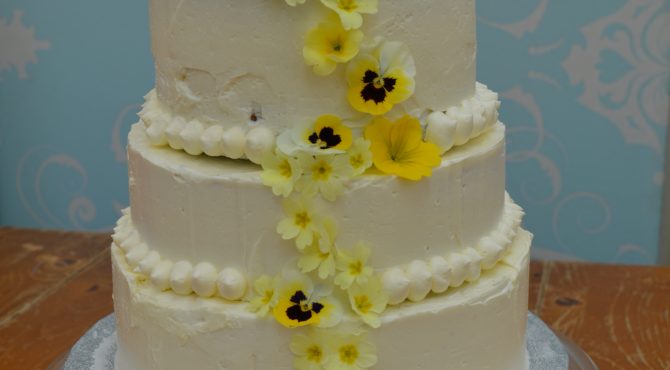 This light, fluffy, sponge is delicate and delicious. Don’t be put off by the piping; it’s incredibly forgiving and very easy to get a striking effect. This floral tea cake recipe is featured in Season 4, Episode 6.

For this recipe you will need a large piping bag fitted with a medium closed star nozzle and a 8in springform cake tin. If you can’t get hold of elderflower extract you don’t need to use it, but the buttercream won’t have a strong elderflower flavor. Note: This recipe contains U.K. measurements and may require conversions to U.S. measurements. It has also not been professionally tested.
Tags: Baking Recipes, britishbakingshowrecipes, Cake Recipes, Contestant Recipes, Royal Wedding Recipes
Presented by: