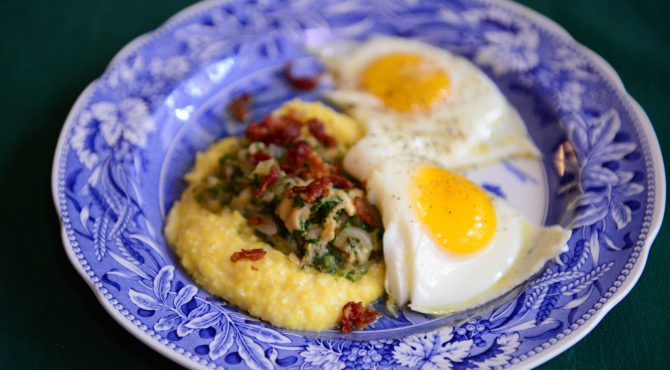 My family vacationed at Pawleys Island starting in the early 1930’s. My great Aunt Arnie Robinson Childs had a beachfront home in the 50’s called appropriately “the A.R.C.” towards the north end of the island. She had a Gullah cook for over 25 years named Daisy Smalls. Daisy was a wonderful person and everything she cooked went straight to my soul. It was Daisy who turned the clams we would catch into this humble but delicious hash. The recipe is more method than amounts. So in honor of Daisy Smalls I offer you my interpretation of her clam hash. -- Frank Lee

This clam hash recipe is featured in the Gone Clamming, Part I episode of Season 3 of A Chef's Life.