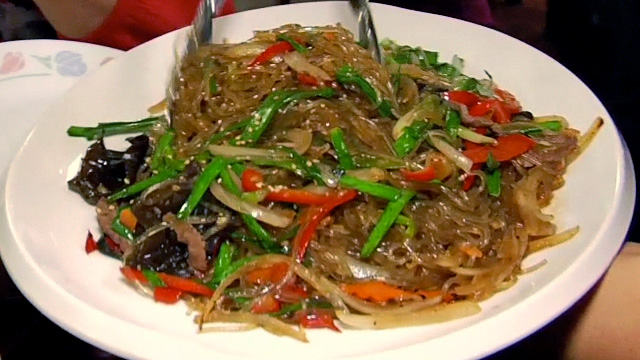 Lidia Bastianich samples Korean food and learns about Korean wedding traditions when she attends a celebration in Flushing, Queens in Lidia Celebrates America: Weddings: Something Borrowed, Something New.