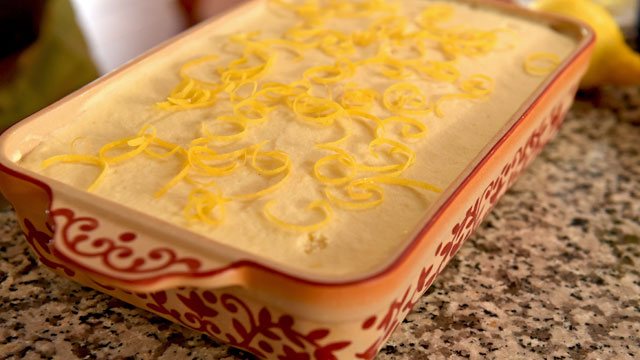 One of the best things about tiramisù is its versatility: though the conventional version calls for espresso- soaked savoiardi (ladyfingers), I’ve found that other flavors can be incorporated into the dessert with great success. Here the brightness of fresh lemons and limoncello lace the cream and soaking syrup, resulting in a tiramisù that is refreshing and irresistible. Great for larger gatherings, it is always a dessert of choice at our house.