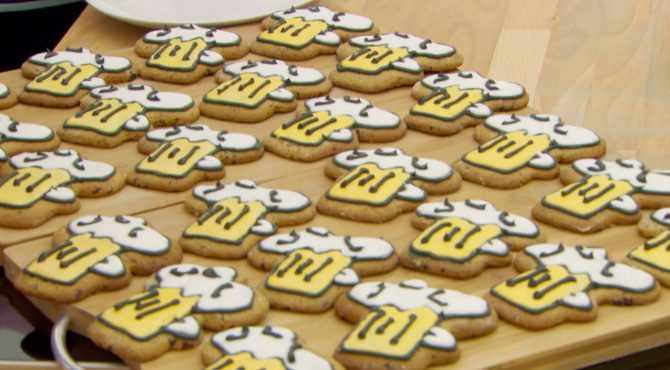 For this recipe you will need a large beer-mug shaped cutter or suitable template to cut around and 2 large baking trays. If you don't want to use a beer-mug shaped biscuit cutter, you can use a 2¾in round one instead, but the recipe will make almost double the amount of biscuits. Note: This recipe contains U.K. measurements and may require conversions to U.S. measurements. It has also not been professionally tested.
Tags: Baking Recipes, britishbakingshowrecipes, Contestant Recipes
Presented by: