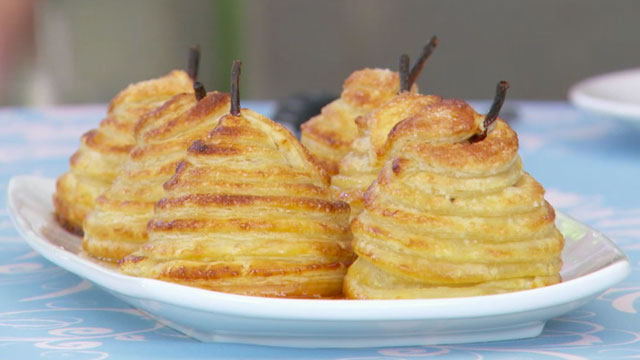 Make this mini pear pies recipe that appeared as the technical challenge in the Pies and Tarts episode of The Great British Baking Show.