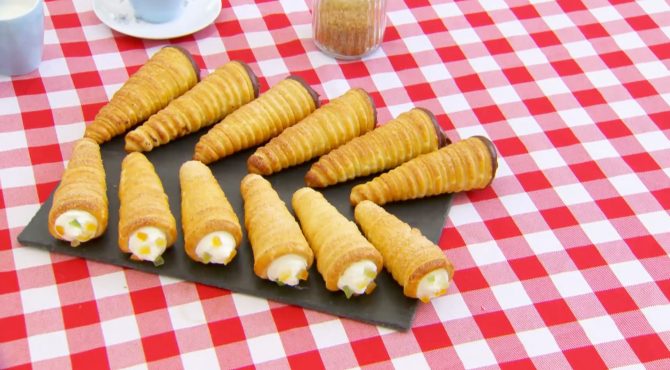 These mocha and tutti frutti cream horns are Paul's interpretation of the signature challenge in the Patisserie episode of Season 3 of The Great British Baking Show. It is explained in further detail by Paul in Masterclass: Part 4.