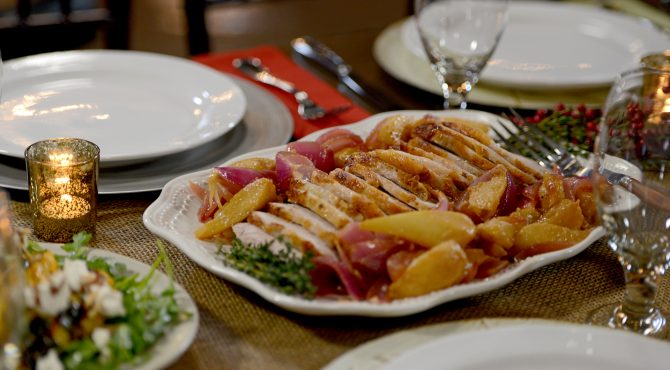 The sugar in the honey helps to caramelize the pork, onion and pears as they oven-braise. It is a technique that works well with other roasted meats and birds as well. Just mix a little honey with the pan juices and baste or brush the roast with that during the last 10 minutes or so of roasting.

For some dishes, you want the onions cut fine, so they almost disappear. Here, I cut the onions large—and the pears, too—so they keep their shape and don’t fall apart. Even when ripe, Bosc pears stay firmer than most, making them just right for this dish.