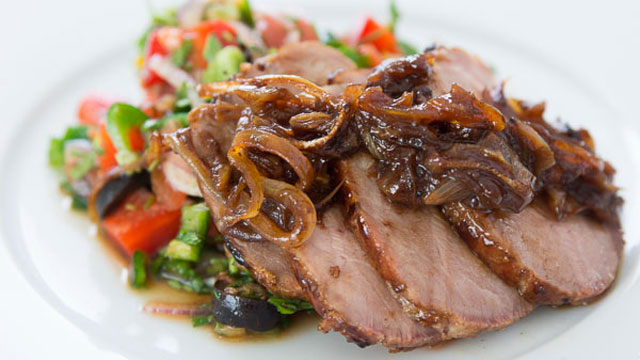 Fuse the succulence of a pomegranate with juicy pork for a delectable entree. Food blogger Marc Matsumoto shares his tips for brining pork before roasting in a full post on the Fresh Tastes blog.