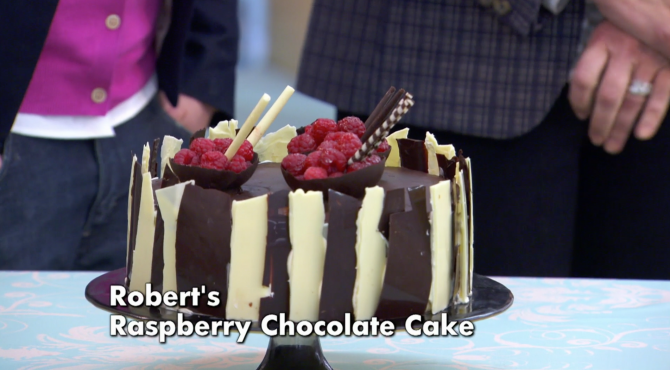 Equipment and preparation: To make the chocolate decorations, you will need a small balloon, a balm-infused tissue and a plastic scraper (you can make one from a plastic tub lid), two sheets of acetate, a confectioner's thermometer and a cold marble slab.
Tags: Baking Recipes, britishbakingshowrecipes, Cake Recipes, Chocolate Recipes, Contestant Recipes
Presented by: