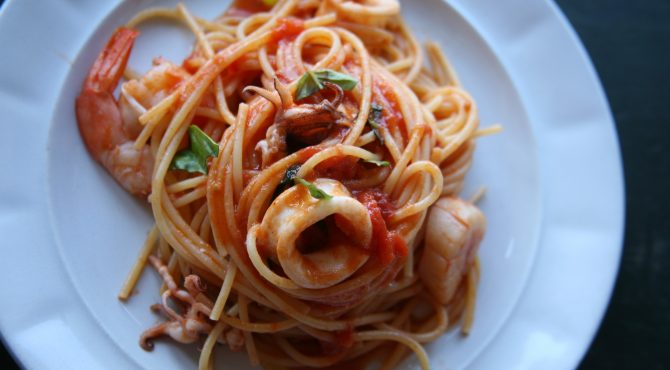 Just about every region that is touching the sea in Italy (fifteen out of twenty regions!) has a rendition of a seafood sauce to dress a quick plate of pasta. This recipe is from the region of Calabria, which has quite a bit of coast to fish upon, and where the best spicy pasta in Italy can be found. I visited Calabria during my travels for Lidia Cooks from the Heart of Italy, and was so happy to bring this dish back with me as a souvenir.