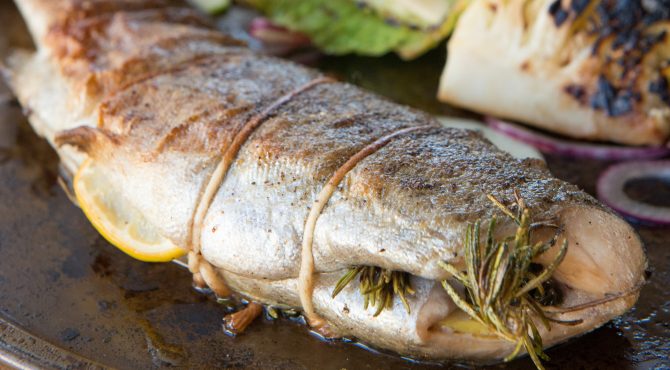 Let this be the dish that converts you to cooking whole fish, which may require a trip to the fishmonger’s or seafood market. From “Deep Run Roots: Stories and Recipes from My Corner of the South,” by Vivian Howard (Little Brown, 2016). This recipe is featured in Chasing Trout in Season 5 of A Chef's Life.

This slaw pairs with Vivian Howard's Whole Trout with Apple Mustard recipe. The dish is featured in Chasing Trout in Season 5 of A Chef's Life.