A Taste of What's Next | Shows | PBS Food

A Taste of What's Next with Chefs Marcus and Vivian

What is America? Chefs and hosts Vivian Howard of Somewhere South and A Chef's Life and Marcus Samuelsson of No Passport Required set out to answer that question by traveling the country to better understand how American cuisine is defined by immigrant cultures and foodways. 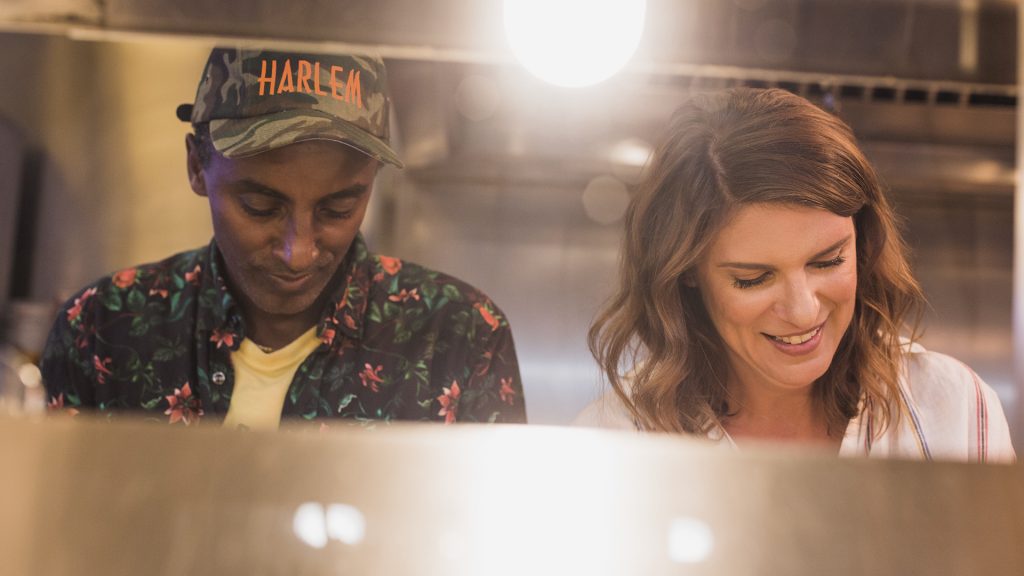 Marcus visited immigrant enclaves all across the country—from spending time with immigrant and second-generation Filipinos who are taking charge of their city's food scene in Seattle to learning about the West African diaspora in Houston, Texas—No Passport Required uncovers the incredible contributions that cultures from around the world have had on the food we eat today. Vivian takes viewers on a culinary tour of the American South with her show, Somewhere South and digs deep into the lesser known roots of southern food, exploring how specific foods and dishes bind cultures together, like Italian pepperoni rolls in West Virginia, grits on Edisto Island or Chinese dumplings along the Mississippi Delta. 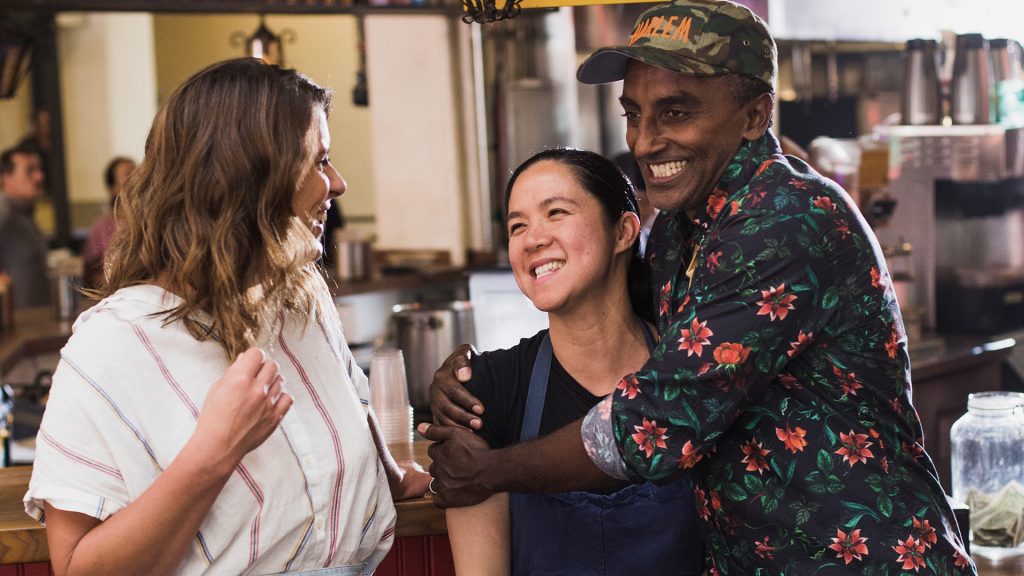 But first, the two chefs visit Grand Central Market in downtown Los Angeles, one of the most diverse food halls in the country. Over Filipino rice bowls, Salvadoran pupusas and Mexican carnitas tacos, the two chefs meet new friends that contribute to the cultural richness and diversity of Los Angeles’ food scene.