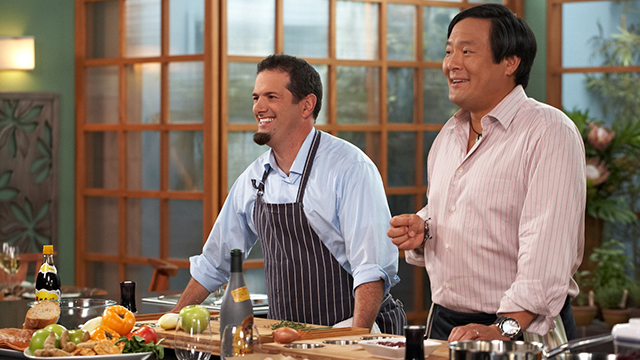 Season 16 launches October 2018 and serves up 26 all-new episodes, featuring all-star guests and a culinary voyage along the legendary Rhine.

The James Beard and Emmy-nominated public television series Simply Ming returns for its sixteenth season, premiering in October 2018 on public television stations nationwide (check your local listings) and on Create TV in early 2019.

Simply Ming Season 16 is all about cooking at home. Award-winning host chef Ming Tsai invites viewers into his loft kitchen in downtown Boston as he and guest chefs share their favorite recipes and cook up delectable dishes.

On The Road: Season 16 has more fan-favorite "On the Road" episodes. Ming is cruising down the second longest river in Central and Western Europe to visit culinary cities in Germany, France, and beyond.

Tsai says, “I’m very excited for Season 16. It’s so fun to have my chef friends visit the loft and cook some amazing food. And touring the Rhine will be such an adventure….I can’t think of a better way to experience the culinary flavors of Europe.”