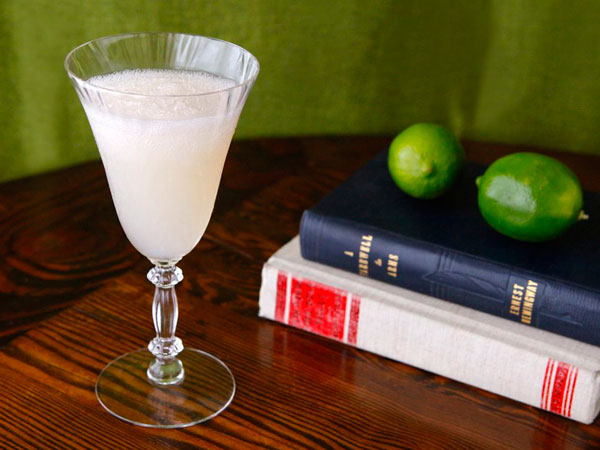 This frozen daiquiri, so well beaten as it is, looks like the sea where the wave falls away from the bow of a ship when she is doing thirty knots.

– Ernest Hemingway, Islands in the Stream

F. Scott Fitzgerald may have been the first novelist to introduce the daiquiri to a literary audience in This Side of Paradise, but Hemingway was positively poetic about the icy drink. In the 1930s, just after the publication of Death in the Afternoon, Hemingway found himself with a cemented reputation as a celebrated novelist. His house in Key West was constantly flooded with family, friends and literati wishing to bask in his limelight. A crowded home, as you might imagine, does not make the best atmosphere for writing. As a means of escape, he bought a ticket to Cuba and rented a corner room in the Ambos Mundos Hotel where he would devote the cool, breezy mornings to his craft. Once the hot afternoon sun set in, Hemingway would put his work to rest and drift into the city. He spent a good amount of his free time fishing, betting on games of jai alai and, in true Hemingway fashion, familiarizing himself with the local bars and taverns. American Prohibition had recently ended, a period during which Cuba provided a playground for tourists in search of legal intoxication, so there were many bars to choose from. El Floridita, near Havanas Parque Central, became one of his favorites. It was here that Hemingway was first introduced to his beloved daiquiri.

As the story goes, Hemingway was passing through El Floridita for a quick use of the bathroom. Upon leaving, he saw bartender Constantino Ribalaigua Vert lining the bar top with his famous daiquiris. Constantino did not invent the daiquiri, though he is credited with creating the frozen version we are familiar with today. Without the use of a blender, he mastered the frozen drink in a creative way. His method involved first filling the cocktail glasses with ice to keep them nice and cold. While the glasses chilled, he mixed the daiquiri ingredients, along with a good amount of chipped ice, in a cocktail shaker. He was known to hurl the ingredients back and forth between a second shaker in an impressive arc. He then removed the ice from the chilled glasses and replaced it with his frozen rum and lime juice concoction. His remarkable skills behind the bar made Constantino something of an early mixologist. Of course Hemingway couldnt leave El Floridita without first trying one himself. He liked what he tasted, but preferred the daiquiri without sugar and double the amount of rum. When Constantino made a new drink per Hemingways suggestions, the Papa Doble was born. Hemingway also enjoyed another of Constantinos daiquiris that included grapefruit juice maraschino liqueur; it later became known as the Hemingway Special.

Not long after, Hemingway and his daiquiris (he is said to have drank as many as 16 in one sitting!) became a fixture at El Floridita. He preferred to sit in a dark corner of the bar, where he could read or write without distraction while also catching a glimpse of everyone who entered. El Floridita, Constantino and the frozen daiquiri proved to be a source of great inspiration for Hemingways novel Islands in the Stream, which was published posthumously. A good portion of the novel is set in a Havana bar where protagonist Thomas Hudson enjoys double, sugarless daiquiris served by a bartender named Pedrico.

The Floridita was open now and he bought the two papers that were out, Crisol and Alerta, and took them to the bar with him. He took his seat on a tall bar stool at the extreme left of the bar. His back was against the wall toward the street and his left was covered by the wall behind the bar. He ordered a double frozen daiquiri with no sugar from Pedrico, who smiled his smile which was almost like the rictus on a dead man who has died from a suddenly broken back, and yet was a true and legitimate smile, and started to read Crisol.

Hemingway, Islands in the Stream

Hemingway could blend into a crowd in Havana, a fact that he relished. He loved the city so much that he decided to make it his home in 1939. With his third wife, Martha Gellhorn, Hemingway moved into a house known as Finca Vigía. It was here that he worked on For Whom the Bell Tolls and developed a love for the infamous cats he allowed full reign over the house. When Hemingway eventually moved from Cuba to Idaho twenty years later, Finca Vigía was given to the Cuban government. Great care has been taken to ensure that the house remains exactly the way Hemingway left it. Tourists can view the rooms through open doors and windows from the outside. On the living room bar sits a bottle of Bacardi rum  a key ingredient of the daiquiri.

Hemingways presence at El Floridita bar was also immortalized in the form of a life-size bronze statue that resides on his favorite barstool. Reading this passage from Islands in the Stream, it is easy to picture him in the corner of the bar, holding a glass in the air and contemplating his beloved daiquiri:

He was drinking another of the frozen daiquiris with no sugar in it and as he lifted it, heavy and the glass frost-rimmed, he looked at the clear part below the frappéd top and it reminded him of the sea. The frappéd part of the drink was like the wake of a ship and the clear part was the way the water looked when the bow cut it when you were in shallow water over marl bottom. That was almost the exact color.

Hemingway, Islands in the Stream 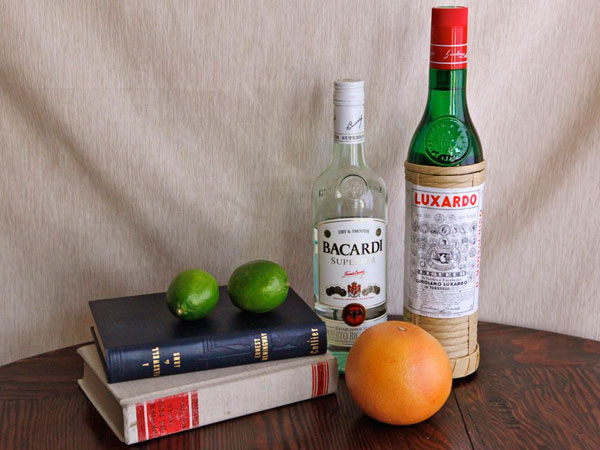 Author Ernest Hemingway was a fixture at the El Floridita bar in Cuba, and this cocktail honors his favorite drink.

Curtis, Wayne (2007). And a Bottle of Rum: A History of the New World in Ten Cocktails. Crown Publishing Group, NY.

What Lewis and Clark Ate
What was Cooking in Leonardo da Vincis Kitchen?
Learn More Providing Support for pbs.org