Food Home » The History Kitchen » Speakeasies, Sofas, and the History of Finger Foods

Speakeasies, Sofas, and the History of Finger Foods 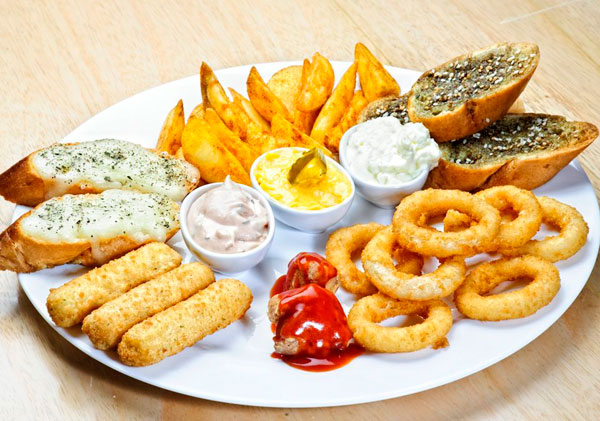 Super Bowl Sunday is just around the corner. For most football fans, that means covering the coffee table with a variety of miniature, caloric, tasty finger foods. This annual tradition was born of convenience; with a room full of people sitting on couches, it would be awkward to serve a multi-course meal. Finger foods, also known as canapés, are the perfect solution. Theyre portable, easy to handle, and you dont need a fork to enjoy them. They allow you to taste a large variety of foods in one sitting. As it happens, finger foods rose in popularity around the same time cocktail parties became fashionable. And, if you think about it, Super Bowl Sunday is sort of like a cocktail party only instead of martinis and little black dresses, jerseys and beer rule the day.

The French have been calling finger foods canapés since the late 18th century. Originally a term for sofa, canapés began as thin slices of bread that were toasted or fried and covered with various savory toppings. Similar to Italian crostini, canapés earned their name by their physical naturetoppings sit on top of the bread like people sit on sofas. Over time the word canapé evolved into a broader term for any small-sized finger foods served at catered parties. 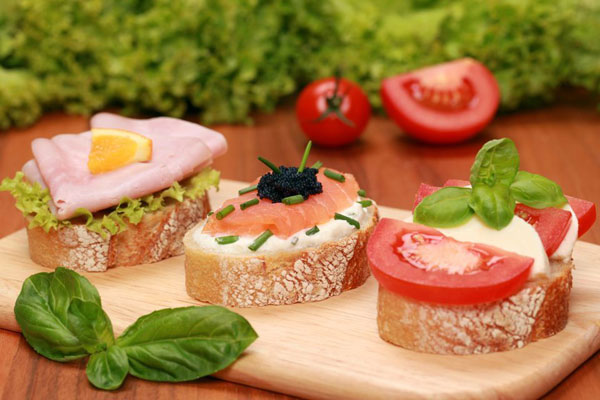 In 1920, when American laws of Prohibition went into effect, most citizens responded not by abiding, but instead by taking their drinking habits underground. As bars and taverns were shut down, secret watering holes called speakeasies began popping up in their place. Most speakeasies were located in the basements and homes of people willing to provide the illegal libations. Some speakeasies catered to the urban upper crust, like New Yorks notorious 21 Club. One way of ensuring that patrons didnt leave inebriated, thus drawing unwanted attention to the secret saloons, was to serve patrons small amounts of food throughout the night. Canapés like finger sandwiches and stuffed mushrooms proved to be the perfect solution. These small bites could be carried in one hand, drink in the other, while guests socialized. 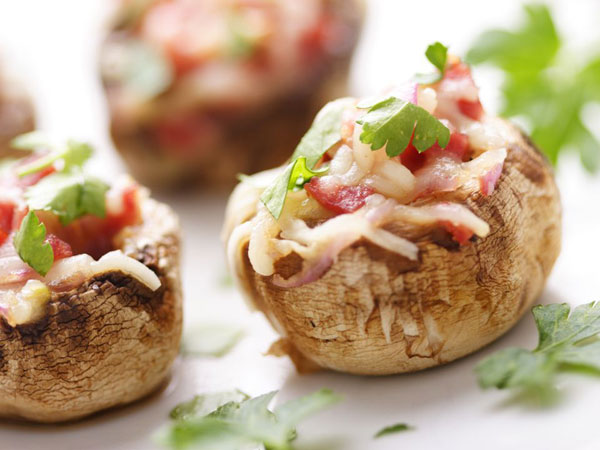 Another way Americans dealt with Prohibition was to host private alcohol-centric parties at home. Cocktail parties existed years before Prohibition, and the banning of alcohol may have actually helped these gatherings to rise in popularity. Canapés were a popular choice for these home-hosted parties. In Fannie Merritt Farmers The Boston Cooking-School Cook Book, published in 1918, there is a section called Sandwiches and Canapés. Included are recipes for a number of finger foods including Bread and Butter Folds, Lobster Sandwiches a la Boulevard, Sardine Canapés, and Cheese Wafers. Cocktail parties continued to thrive even after Prohibition, and are now considered by some to be an American institution. 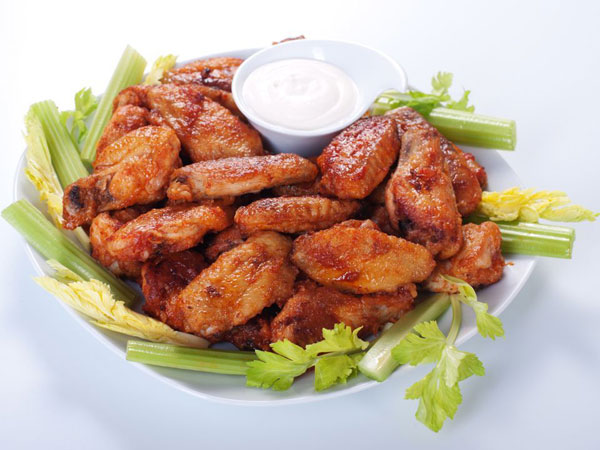 Today, the terms canapés is usually reserved for fancier receptions and celebrations; these delicate bites are also known as passed hors doeuvres. Finger foods refers to more casual small bites, often served at small parties at home, potlucks, buffets, and you guessed it Super Bowl celebrations! One of the most famous Super Bowl finger foods is the buffalo wing. According to The Oxford Companion to Food, Teressa Bellissimo first created buffalo wings on October 30, 1964 at Anchor Bar in Buffalo, New York. It is not clear whether Belissimo cooked them up as a snack for her son and his friends, as a midnight meal for Catholic diners who had spent the day abstaining from meat, or as a clever way of using up the wings that were delivered instead of the backs and necks they needed for stock. In 1980, journalist Calvin Trillin of the New Yorker wrote a magazine story on buffalo wings, cementing their fame.

Will you be serving finger foods on Super Bowl Sunday? Here are some recipe ideas that will fuel your cheering on game day! 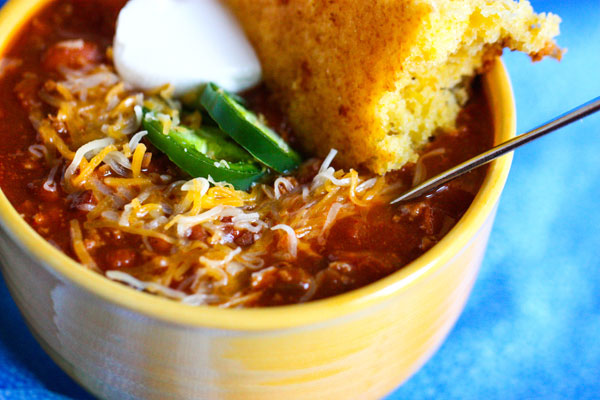 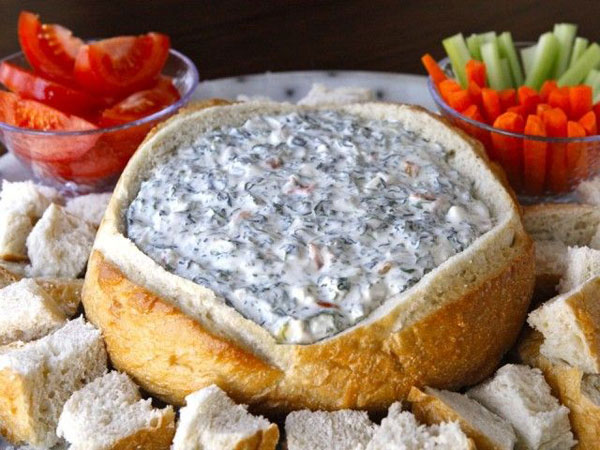 The Shiksa in the Kitchen  Finger Food Recipes

Discover the History of Chicken and Waffles
Who Was Betty Crocker?
Learn More Providing Support for pbs.org