When National Geographic Magazine reported that about 94% of the world’s vegetable seeds circa 1903 are now missing from the Earth, Taggart Siegel and Jon Betz promptly started work on a feature-length documentary about the seed saving movement. The product of their labor, SEED: The Untold Story, is the third in the filmmakers’ trilogy (which includes The Real Dirt on Farmer John and Queen of the Sun: What Are the Bees Telling Us?) that uncovers the subtle connections between food and the natural world.

As infrequently as seeds are the subject of dinner conversation, when we do take notice of what the plant world is up to, it’s mind-bending to realize all this is happening underneath our noses (and feet).

Nobody believed a farmer who, in 1876, grew a squash that purportedly exerted a lifting force of 5 thousand pounds per square inch. So he set up an exhibit and invited the public to come and see. Out of curiosity, this Massachusetts farmer had harnessed a squash to a weight-lifting device with a dial like a grocer’s scale to measure the pressure exerted by the expanding fruit, and kept piling on counterbalancing weight. (Via writer Annie Dillard, who cites Rutherford Platt’s story in The Great American Forest, as “one of the most interesting books ever written.”)

SEED is the documentary version of that Massachusetts farmer, inviting us to come and see the expansive potential in these silent species. To show us this hidden world, the film introduces passionate, quirky subjects who steward us along.

One such character is the seed-saving botanist Joe Simcox who traipses through the jungles of Peru and the Kalahari Desert telling us, “When people ask, ‘how do we feed a hungry world?’ I say, ‘what about the wild things?’” Simcox is part of a worldwide network of seed savers. A latter-day Doctor Livingstone, he travels to some of the world’s more extreme habitats searching for the planet’s rarest seeds.

Loss of biodiversity in crops is becoming a choke point in food supply, which is blamed on the usual suspects like industrialization of farming and big business meddling in the science of plant biology. Fortunately, comprehensive inventories like the IUCN Red List of Threatened Species (also known as the Red List) and the Encyclopedia of Life assiduously track the conservation status of thousands of plant and animal species.

Red List in particular spotlights species on the brink of extinction, such as the Yunnan wild banana (Musa itinerans) from Southeast Asia. The remarkable Yunnan, or wild forest banana, a food staple for Asian Elephants, resists common banana diseases. It is also distinguished as the 24,200th species to be stored in the Millennium Seed Bank, which aims to collect 25 percent of the world’s plant species by 2020. (Read more in the Smithsonian Magazine)

Meanwhile, a team of researchers reviewed 34 years of USDA census data on every recorded crop species grown in U.S. counties and found a “steady decline in diversity in almost every food-growing part of the country.” The report “expressed concern that the narrower genetic base has increased vulnerability to ‘the highly variable weather resulting from climate change.'” (from The Pacific Standard)

These carefully-curated lists help the seed-saving movement in the protection of rare and glorious plants, taking them out of “thought to be extinct” status.

The Sasquatch of Squash

The designation “thought to be extinct” has also prompted seed savers to go bushwhacking through terrains thought to be inhospitable, finding rare, yet unbelievably long-lasting seed stock.

“850-Year-Old Squash Feeds Hundreds” sounds like it could be a surreal Weekly World News headline. In fact, the Gete-okosomin (which basically means “big ol’ squash” in the Menominee language) lives. A variety of squash no one had seen or eaten for centuries, Gete-okosomin seeds were found, legend has it, on the Menominee Reservation wrapped in a tight clay ball. The ball of clay, a traditional and apparently quite effective storing method, preserved the seeds. It should be noted now that there’s some skepticism about the clay ball part of that story, but no one denies the legendary size of this age-old squash. One gardener reported that the four seeds she planted burst into an impressive array of vines and produced dozens of squash, one more than three feet long.

Regardless of its origin stories, the variety is old and the squash definitely runs big.

The botanical explorer Simcox brothers traipsed through Namibia looking for a plant, the Marama (or Tylosema esculentum). After fifteen years of searching, Patrick located the elusive Marama with help from Kalahari bushmen. Considered by plant biologists to be a future potential food crop “unlike any other on the planet,” Marama can feed a hungry planet in harsh climate conditions and can live in poor soil without water for up to three years.

The Marama plant produces seeds that rival peanut and soybean in composition and nutritive value. “Underground, it makes a high-protein tuber much bigger and more nutritious than any potato, yam, or even sugar beet. It also yields top-quality vegetable oil.” (From Lost Crops of Africa; link to see image)

Treasure of the Desert

Another food suitable to grow in arid and harsher climates is the “treasure of the desert,” the rapidly-growing Gemsbok Cucumber. Native to South Africa, it is an important food source for the indigenous people, not only for its edible flesh, but also as a source of hydration. Fruit of the Gemsbok can be eaten fresh once peeled or cooked. If you’ve ever had the displeasure of eating an unripe persimmon, note that eating the unripe fruit can cause burning sensation.

Ripe Gembsok, however, is another matter. The pips and skin can be roasted and then pounded to make an edible meal. “Made up of 35% protein, roasted seeds are a valuable protein source,” writes Amy Grant of Gardening Know How. “Elephants, however, enjoy the fruit and play an important role in the dispersal of the seeds.” Gemsbok grows rapidly, is high yielding and is perfectly suited for arid landscapes. It is also easily propagated, and the fruit stores for long periods of time. The stems of gemsbok are used by indigenous children of the region as skipping ropes.

All of the beans found on Simcox’s rare seed consortium are rare and exotic, but few have more eye-catching names than the “Slut” Bean, Phaseolus vulgaris, one of the varieties of which was discovered in Botosani, Romania in the province of Moldavia. “When we asked the farm ladies its name, we were greeted with lots of laughs and giggles,” he says.

The site notes that there are currently about 14,000 species and varieties in the consortium’s holdings, “and that number is ever-climbing.”

“Seed saving is all about sex,” Will Bonsall of the Scatterseed Project says in the film SEED, adding a grace note. Bonsall has stored thousands of seeds, including a collection of several hundred varieties of lumper potatoes.

“These are the potatoes that killed a million Irish because of the fact that they grew only one or two varieties that were totally vulnerable to late blight,” he says. “This is the variety that explains why the letter ‘O’ is the biggest section of the south Boston phone directory.”

Seed school teacher Bill McDorman, of SeedSave.org and director of the Rocky Mountain Seed Alliance, is shown instructing a roomful of young people on the practices of harvesting and banking seeds. “When you think about what a seed in your hand can potentially produce, we should all trade in everything we have for a handful of beans,” he says.

You can take a class online with Bill’s Seed Alliance:

Seed exchanges may be the most important thing in 21st-century agriculture. If seeds are the currency of survival in the coming decades, how can citizens in urban areas develop their own seed saving practices? What can we do to support seed banks and the caretakers of the seed saving movement? Simcox’s answer is fairly simple. “The most reliable way of ensuring seed viability is to plant it year after year.”

Yale Climate Connections Saving Seeds for an Uncertain Climate: An organization in California is preserving unusual varieties of fruits and vegetables that might flourish in a warmer climate. 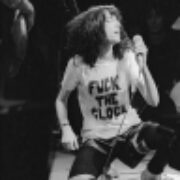 Jennie Z. Rose is a freelancer in solutions journalism. She writes about filmmakers, explorers, educators and social entrepreneurs.