Elvis and the Death of the American Dream, Through Movies

Elvis Presley is ostensibly the subject of The King, Eugene Jarecki’s expansive road movie of a documentary. The award-winning director drives Presley’s 1963 Rolls-Royce across the US, from Mississippi and Memphis to Nashville, New York, Las Vegas, Hollywood, and elsewhere, talking to historians, musicians, members of Presley’s inner circle, and everyday Americans. Elvis centers the film but is also a starting point for a much more wide-ranging discussion of the state of American life, and that discussion takes off in all directions. That Jarecki began his odyssey in the months leading up the 2016 election and ended up on the other side of it only adds fuel to the discussion.

Not of political identity, mind you, but of America itself. Elvis is the touchstone that centers it all, with Jarecki using his life and legacy as both a roadmap for the cultural odyssey and as a metaphor for the state of contemporary America.

And at the heart of the film is the question: Is the American dream dead, a victim of greed, excess, and increasing isolation?

Jarecki isn’t the first to ask that question and he won’t be the last. This is by no means a definitive list, but it’s a good starting point to hear other voices exploring the issues that Jarecki addresses, a way to stay longer in the places The King‘s road trip touches on.

Had Elvis, a working-class kid in the American South, lived in rural Kentucky rather than Mississippi and Memphis, he could easily have faced a life in the mines. Harlan County, U.S.A. (1976), Barbara Kopple’s Academy Award-winning documentary about grueling coal miner’s strike in a small Kentucky town, puts the struggle of the American working class for fair wages and working conditions in sharp focus. Kopple and her camera crew were given intimate access to the Brookside coal miners during their thirteen-month strike, including violent confrontations with strikebreakers, local police and company thugs. The resulting film chronicles one of the most violent, bitter and notorious union battles in history.

The King‘s brief pit stop in Detroit is a reminder that the automobile industry was once the engine that drove the middle class in Michigan. Michael Moore’s Roger & Me (1989) puts the breakdown in personal terms. Built around the filmmaker’s efforts to secure an interview with Roger B. Smith, the CEO of General Motors who oversaw the closing of Flint, Michigan, plant in a year of record profits,  Moore’s documentary presents a devastating look at the victims of downsizing in the midst of the 1980s economic boom. The film asks a question that nobody at GM wants to answer: what is corporate America’s responsibility to the country’s citizens?

While Elvis lept from working class to stardom through music, for some it’s professional sports that hold out the best hope for success. Hoop Dreams (1994) may look like a sports documentary, but this portrait of two talented Chicago inner-city kids (Arthur Agee and William Gates) who follow their dreams of basketball glory in the competitive world of collegiate sports is about so much more. As the boys grow up, leave home, and face academic realities of college while dealing with the intense pressures of family life, they find the reality behind the fantasy of the American Dream of sports stardom. Where most films celebrate the winners in the sports lottery, this documentary reminds us of everyone else struggling to find their break.

For most Americans, however, sudden stardom through music or sports are just dreams. The hopes for the vast majority of Americans are in education. After bringing Al Gore’s dire message of climate change to a huge audience with the documentary An Inconvenient Truth, Davis Guggenheim took on the failings of America’s public education system in Waiting for ‘Superman (2010). While his big solution—charter schools—has not only failed to deliver but added a whole new slate of issues, his analysis of the crisis still facing public education is a sharp and solid starting point for the debate.

Where the first decade of the Elvis phenomenon is about music and stardom, it takes a turn into greed (driven in large part of Colonel Tom Parker) and excess. Charles Ferguson’s Academy Award-winning exposé Inside Job (2010) is as damning an indictment of the “greed is good” mantra of Michael Douglas’ Wall Street financial pirate Gordon Gekko as you’ll find. It investigates the story behind the financial crisis and the failures of both government and industry to put measures into place to prevent a similar abuse of the system that wiped out the savings of millions of Americans.

Elvis lived in virtual poverty in his youth after his father went to prison for check fraud.

The House I Live In (2012), also from The King director Jarecki, along with Ava DuVernay’s The 13th (2016) are two of the best documentaries to look at the inequities of the American justice system and the way incarceration is unfairly weighted against poor and minority Americans, taking a toll that perpetuates poverty and crime.

The King visits the ramshackle rental where young Elvis lived with his mother while awaiting his father’s release and finds, eighty years later, another family living on the edge of poverty. How can this be in the most prosperous country in the world during a strong economy? Alex Gibney’s Park Avenue: Money, Power and the American Dream (Independent Lens, 2012) and Inequality for All (2013) with Robert Reich look at the growing income gap in 21st century America, where the 400 richest Americans control more wealth than the 150 million people in the bottom 50 percent of the population. Both analyze the repercussions of this vast inequity.

The intimate, Oscar-nominated documentary Minding the Gap (2018) follows the friendship of three skateboarding buddies in Rockford, Illinois, from childhood to the cusp of adulthood. Filmmaker Bing Liu, who is also one of the subjects, uses their stories to explore the culture that shaped them, the family lives they escaped through the skateboarding community and the cycle of abuse and poverty that threatens to repeat itself when they aren’t even able to talk about it.

The dream of freedom and opportunity is what fueled the immigration that built America: what are we but a country of immigrants? Werner Herzog’s Stroszek (1977) takes on the modern immigrant experience through the story of a starving street musician and social misfit (the inimitable Bruno S.) who moves from Berlin to Wisconsin. What begins as a trailer home utopia in the gorgeous rural plains and misty forests of the American Midwest disintegrates into poverty and frustration in a devastating, lonely final act. Beautifully photographed with an earthy power, it’s a sad, scathing portrait of the American Dream soured.

Filmmaker Ramin Bahrani updated the immigrant story in his films Man Push Cart (2005), a drama about a former Pakistani rock star who survives the streets of Manhattan selling coffee out of a pushcart, and Chop Shop (2007), about an orphaned Puerto Rican kid hustling a living in the Iron Triangle, a veritable third world in the heart of Queens. These films put a spotlight on the underground immigrant class so often relegated to the fringes of American movies.

Medical debt is the number one cause of personal bankruptcy in America today. John Q (2002), starring Denzel Washington as an under-employed blue-collar father battling an unfeeling bureaucracy to get his dying son a heart transplant, puts a human face on the crisis. It is, unfortunately, more well-meaning than illuminating but this drama of the angry everyman against the soulless system does put the issue and the stakes on the screen through the impassioned sincerity and resolute determination of Washington’s desperate father.

8 Mile (2002), the story of the working class struggles and musical dreams of a Detroit kid, could be an updating of the Elvis story, moved to the industrial north and set in the culture of rap and hip-hop. The film is fiction but it is inspired and informed by the real-life experience of Marshall Mathers III, aka rapper Eminem, a blue-collar white boy with a gift for the street poetry and rap battles of the urban black music culture. Despite the success of Eminem in real life, the film doesn’t end with show biz stardom, only a personal triumph for a kid hip to the reality of his hard-knock existence.

Debra Granik’s Winter’s Bone (2010) takes us out of the city and into the deep rural South, practically off the map of the American Dream. It will always be remembered as the film that “discovered” the depths of talent in young Jennifer Lawrence, but this coming-of-age survival story is also a devastating portrait of the crime and poverty of the Ozark Mountains, an outlaw culture where meth labs have replaced moonshine stills and the code of silence is enforced with pitiless finality.

The Big Short (2015) is the funniest film you’ll ever see about the economic crash of the last decade. Which is also its secret weapon: it uses humor to guide audiences through the complex (yet avoidable) factors behind the mortgage bubble. Humor aside, this Oscar-nominated drama argues that the financial fraud of the 2000s was nothing short of a criminal farce perpetrated by Wall Street moneymen out of greed, criminal neglect, and reckless abandon and reveals the marketplace as a free-for-all built on greed, faith, blind obedience, ignorance, and a disturbing lack of accountability.

Hell or High Water (2016) puts that story in personal terms. Jeff Bridges stars as a Texas Ranger on the trail of a pair of bank robbers (Chris Pine and Ben Foster), who turn out to be brothers targeting branches of the regional bank about to take their family farm. It’s the great American anti-hero outlaw story dropped into the modern world of the mortgage crisis, predatory lending, and cold corporate greed. Don’t mistake them for modern Robin Hoods—they aren’t spreading the wealth, merely looking out for family—but in a culture of hopelessness, they are as close as some of these folks will get.

I, Tonya (2017), the flip side of the classic underdog triumphant tale, takes on the notorious true story of Tonya Harding, the Olympic figure skater who was banned from competition for her role in the attack on Nancy Kerrigan. But just as interesting as the self-aware, blackly-comic tabloid crime is the portrait of Harding (played by Margot Robbie) as “trashy Tonya,” the working class, ill-mannered interloper into the sport of princesses. This is a startlingly class conscious film that lays bare the prejudices of gatekeepers to the ranks of the elite, and the eagerness of audiences to sink their teeth into a juicy scandal that embraces the worst stereotypes of impoverished Americans knocking on the ceiling of success.

Leave No Trace (2018), from Winter’s Bone director Debra Granik, puts the camera on the people who have fallen through the fissures in society through a fictional drama inspired by a true story. Ben Foster stars as a war vet and a single father who lives off the grid in the forests of Oregon with his teenage daughter (Thomasin McKenzie). The drama dispenses disillusionment and hope in equal measure, acknowledging both the failures of the system and the individuals struggling to help improve lives, while never neglecting the two people at the center or forgetting the bond of love between the damaged but devoted father and the resilient daughter. 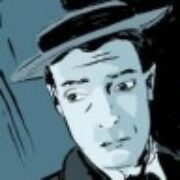