Leveling Up Representation: Depictions of People of Color in Video Games

December 22, 2020 by Independent Lens in Lifestyle

The $100+ billion video game industry is big. So big, in fact, that it dwarfs both the film and music industry combined. Gaming as a hobby has become much more popular every year since the 1990s, after Nintendo paved the way with their seminal game Super Mario Bros. for the Nintendo Entertainment System, and later with the Gameboy.

Some may be surprised to learn that the most-active gameplaying demographic is African American teenagers: A 2015 study showed that 83% of non-Hispanic Black teenagers play video games, compared to 71% of Caucasian teenagers, with 69% of Hispanic teens not too far behind. With the high percentage of teens of color playing games, representation is incredibly important but has — at least historically — been lacking.

Let’s step back for a moment into that history, such as it is.

The first video game featuring a Black person was Heavyweight Champ, an arcade fighting game released by SEGA in 1976, then remade in 1987, and re-released again in the early ’90s.

For a time, some of the only places where Black characters could be found was in sports games, such as PUNCH OUT!!, released in 1987 for the NES. Unfortunately, these characters were often cast as caricatures, with exaggerated, grotesque features, like Jim in Square’s family computer game Tom Sawyer, which UGO ranked as the #4 most racist video game in history. 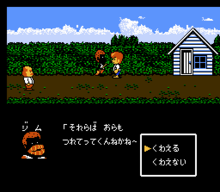 As technology advanced, Black and other characters of color became more prevalent, even if most often confined to the fighting genre. And stereotypes were not limited to African Americans; Latinx characters have often been portrayed as gangbangers and drug dealers, as seen in the Grand Theft Auto franchise, with ridiculous, cliched gang names like “The Cholos” and “The Cubans,” voiced in exaggerated, stereotypical Hispanic accents.

Although Tony Montana’s vengeance story in Scarface: The World Is Yours is not exactly a unique one, the lack of character development or sympathetic motivation in the game (based on the also arguably problematic 1983 movie in which Al Pacino plays a Cuban) implies that Latinos like Tony are inherently violent. This can lead to negative self-perception among ethnicities, and an eye-opening Pew study showed that 52% of Hispanic people studied believed there was a link between violent video games and real-world violence.

Despite many video game companies being based in East Asia, most games feature white protagonists. Asian people are heavily portrayed in fighting games, usually in a Chinese-inspired context. Regarding Asian women, they are often sexualized in “fan service” games, which are characterized by their portrayal of (Asian) women in a hypersexualized manner, placing great focus on revealing clothes, large exposed breasts, and barely-there underwear that is flashed at every given opportunity.

One such game is Dead or Alive Xtreme 2, a game that is disguised as a volleyball game, although it’s really about playing minigames with young women whose only choice of dress is either a bikini or something extremely revealing that the player can choose for them to wear.

In Def Jam: Fight for New York, Kimora Lee Simmons is portrayed as a prize, a trophy to be won, who is dependent on men to save her. Despite being born in the United States to Japanese and African American parents, she is defined exclusively by her desirability and proximity to Asia, even being placed in an extremely revealing kimono that is the “Western man’s wet dream embodiment of an Asian woman’s outfit.” This poor representation of Asian women perpetuates the stereotype that they are meek, submissive, sexual objects who exist purely for men’s entertainment.

While the entire roster of women is hypersexualized, Kimora’s portrayal especially exemplifies the racial fetishizing that Asian women face.

Worse still are the portrayals of Muslim/Arab/Middle Eastern people, who are often relegated to the role of terrorist. The Call of Duty franchise is one of the most popular in the world, yet it treats Muslims, Arabs, and Middle Easterners as an interchangeable monolith, despite being diverse groups of people. In Call of Duty: Modern Warfare 2, a scene in Pakistan displays shop signs written in Arabic, even though Pakistani people speak English and Urdu, not Arabic.

It sets a dangerous precedent when game developers don’t do their research.

Native American/Indigenous representation can be found in games like the Turok franchise, Assassin’s Creed III and Prey, but stories unique to Indigenous peoples are still too few and far between in the AAA sphere (games produced by mid-sized or major publishers). Indigenous people often have to take matters into their own hands, with resulting products like When Rivers Were Trails, an educational game about the effects of displacement in Native American tribes during the 1890s. (Psst, it’s available on the PC for free!)

Over time, representation has become more frequent, and more importantly, more authentic within the realm of video games.

The Last of Us Part II

Sony’s most recent masterpiece showcases people from all walks of life in a way that seems natural and refreshing. There are characters of Asian descent like Jesse, Lev and Yara; Dina, a Jewish woman who is Ellie’s girlfriend; Isaac, an African American leader (voiced by Westworld actor Jeffrey Wright); and Manny, a Latinx member of the fictional Washington Liberation Front.

None of these characters’ race or ethnicity serves as an important plot point, they’re all just normal people trying to survive in a mushroom zombie world. What makes representation effective is not only visibility but ensuring that characters are included without forcing them to be tied to whatever stereotypical trauma their demographic endures.

Part of Dina’s amazing strength is also her ability to be vulnerable.

Of all the character-creation tools I’ve seen in AAA games, that of Guild Wars 2 is the only one that made me squeal happily. Not only are there dreadlocks and braids featured that don’t resemble Play-Doh spaghetti, but there are also actual hairstyles that feature locs and braids in a realistic and stylish fashion. One look at the featured hairstyles shows me that actual Black people were either consulted or respectfully observed in the customization creation process. Locs, mohawks, fades, bantu knots (!!!) are all crafted in a beautiful, and more importantly, respectful manner.

I teared up when I realized how well-done the customization options in Guild Wars 2 were. 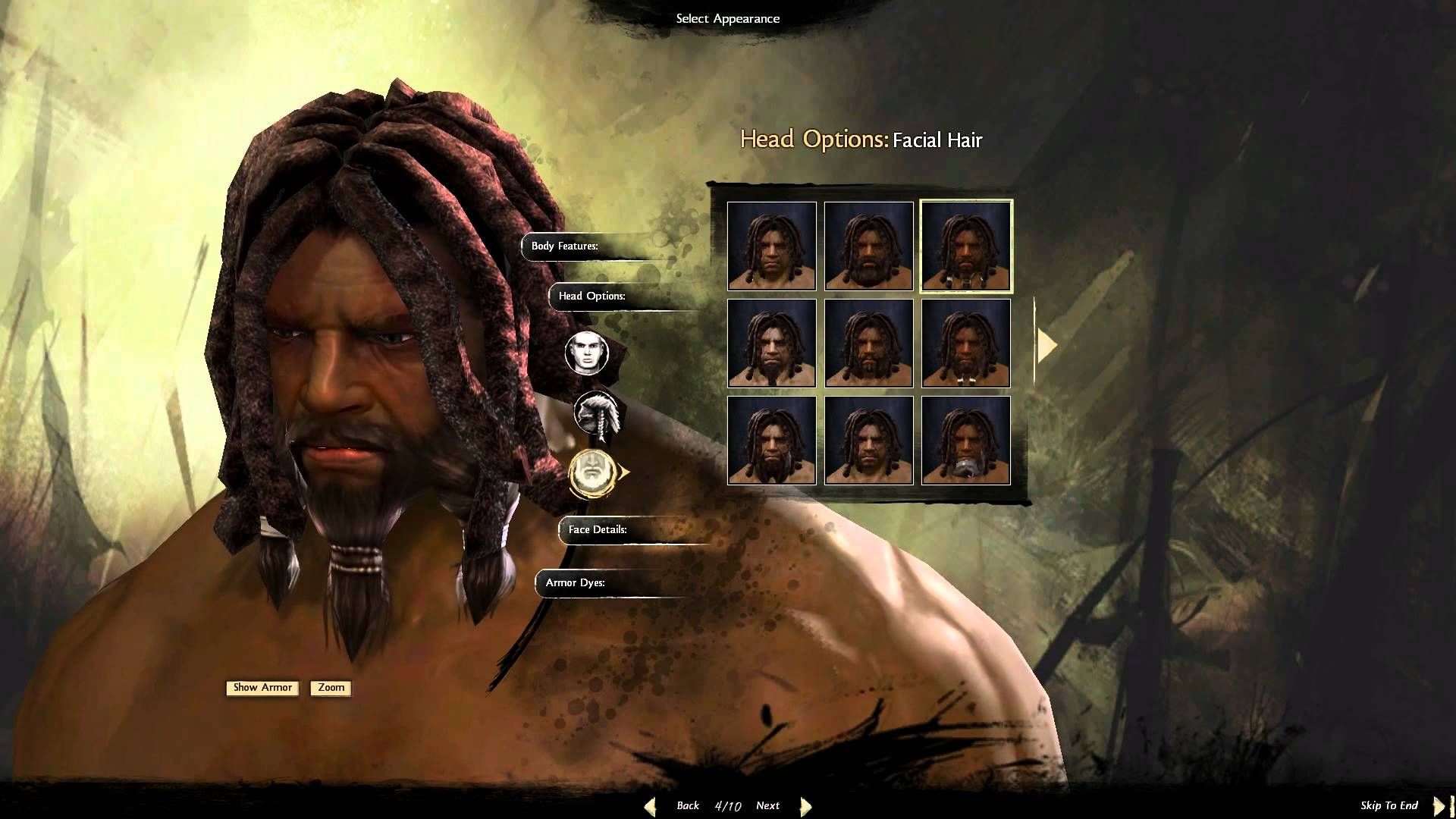 This game was critically acclaimed for its writing, story, and environments, and for good reason. Obsidian Entertainment managed to create a living, breathing world three hundred years into the future. The player can recruit companions in their journey, which is where the game shines. Parvati, an asexual engineer of Southeast Asian descent, and Nyoka, a Black monster–hunter who is confident and assertive, are deep characters who don’t feel like tokens. Each with their own struggles and flaws, they serve as well-rounded characters who showcase how this futuristic environment can shape someone into someone that isn’t too different from people like us in 2020.

Not only did Parvati show some great representation for Southeast Asians, she also represented the LGBTQIA+ community amazingly.

A different sort of game that reflects trauma experienced by Latinx people in modern-day America, Life Is Strange 2 addresses covert racism in a way that is, unfortunately, relatable for minorities in majority-white countries. Protagonists Sean and Daniel Diaz are discriminated against because they “don’t look like they’re from around here” and appear “dirty.” They’re treated as adults deserving prosecution, instead of as children in need of aid, in times where they get into trouble.

Persons who genuinely see themselves as good people end up justifying turning a blind eye to overt racism and violence directed toward the brothers, an issue that is very familiar in a “post-colonial” world, and offer opportunities for difficult discussions to be started. Daniel and Sean are just trying to navigate a system that’s failing them.

Ubisoft’s Assassin’s Creed franchise has dealt with a number of historical settings, which it tries to capture in a manner that is realistic and respectful to the inhabitants of the real-world countries. The first game, Assassin’s Creed, features Altaïr ibn La’Ahad, a Muslim born in Syria during the uprising of the Nizari Isma’ilis, who is quickly adopted by their high-ranking members after his father dies. Altaïr’s story makes him a hero, as he rises in rank and then fails, and is given a chance to prove his worth as an assassin. It’s another story that doesn’t center his religion or ethnicity as the reason he’s in the game, he’s just a part of the world the game is set in.

Altaïr is important as he serves as one of the few Muslim characters in AAA games that isn’t characterized by stereotypes.

In Assassin’s Creed III, Ubisoft’s wishes to provide an authentic depiction of playable characters continued. Ratohnhnhaké:ton “Connor” Kenway is a half-Mohawk, half-English character caught up in the conflict between the Brotherhood and the Templars. He’s complex as a character, questions his actions, and is so well-written that Ubisoft was praised by sites like Indian Country Today for hiring a Mohawk consultant to ensure authenticity.

Where Do We Go From Here?

We’ve seen how representation used to be, and how it’s improved, for some demographics more than others. However, things could be better.

Ubisoft did get some things right by doing their research for Assassin’s Creed III and, when they knew they couldn’t portray characters accurately on their own, hired a Native American consultant to oversee writing and design choices.

Electronic Arts is also finally starting to listen to players and working to improve character creation tools in The Sims in order to make them more realistic. Previously, creators like EbonixSims and Xmiramira had to resort to making custom user-generated game modifications that included realistic dark skin tones and hairstyles worn by Black people.

After years of not feeling represented in The Sims, I learnt how to make hairstyles for us! pic.twitter.com/6ZjxwrJK18

Melanin Pack 4. First pic without reshade. Second pic with reshade. Regardless of how much contrast you prefer, they both look better than the third pic, which is an EA skintone. pic.twitter.com/z8ST4g3oB9

Some examples of the excellent work done by Black creators in the Sims community.

Developers need to consider not only showcasing meaningful diversity in terms of people of color, but also including people from other marginalized communities, such as the LGBTQIA+ community and the disabled community, in ways that don’t dehumanize them or try to “fix” them.

The bottom line is that game development companies need to improve their diversity to ensure visibility and authentic representation. The International Game Developers Association found that 81% of developers identified as White/Caucasian and 2% identified as Black/African-American/African/Afro-Caribbean.

Working with diverse people provides authentic results that fosters healthy attitudes towards various demographics and shows people that they are seen and respected. We all deserve to see ourselves in video games, because video games are for everyone.

Nadine Dornieden is a Vincentian blogger with a great passion for all things Nintendo ever since she unwrapped her first pink Nintendo DS at age 11. She loves to follow video game news,  critique industry trends, and work towards finally paying off her virtual debt to Animal Crossing‘s Tom Nook. She hopes to one day enact positive change in the video game industry, focusing on the psychological effects of industry trends on both the players and the developers.

Flores, N. (2018). What other games can learn from the racism in Life is Strange 2. Paste Magazine.

Henges, E. (2019). Parvati and I: How ace sexuality is explored in Outer Worlds. Gayming Magazine.

Lenhart, A. (2015). Chapter 3: Video games are key elements for friendship in many boys. Pew Research.

Malim, G. (2018). Video games market is worth more than music and movies combines so why aren’t CSPs launching games services? Vanilla Plus.