Rural Perspective on Mental Health Care in a Time of Crisis

Kenneth Paul Rosenberg MD’s Bedlam profiles of one of the most pervasive and stigmatized public health crises: mental illness. Taking its titular inspiration from the infamous English “madhouse” founded in the 13th Century (and inspiring Rosenberg’s book of the same name), Bedlam mixes archival footage of psychiatric hospitals, emergency rooms, protest demonstrations, and a trip back to Rosenberg’s hometown, while highlighting the inherent intersectionality of oppression that’s only exacerbated by the reality of mental illness. Bedlam uncovers the disturbing reality of how a historically ill-constructed system has now manifested into a criminalized healthcare disaster — a reality reflected in both urban America, and, with its own unique set of challenges, rural.

With the unrelenting situation of an ongoing crisis we spoke with Matt Kuntz, the Executive Director of the Montana chapter of the National Alliance on Mental Illness (NAMI), the nation’s largest grassroots mental health organization dedicated to building better lives for the millions of Americans affected by mental illness. While Bedlam primarily revolves around Los Angeles, Kuntz’s specialty in more rural communities lends a broader lens into the parallel nature of urban and non-metropolitan communities. “We are all suffering from a diagnostic system that has significant limitations in terms of effectively guiding treatment. That can lead to heartbreaking consequences such as incarceration, homelessness and death,” Kuntz told me. (Montana is the state with the highest suicide rate in the nation, as of last year, and has only one psychiatrist located in the whole eastern side of the state.)

“It can also lead to less tragic, but still deeply troubling issues of people not being able to have the lives that they are dreaming and working for, because untreated mental illness can have damaging effects on a person’s relationships and occupation.

Patrisse Cullors, who appears in Bedlam and co-founded the Black Lives Matter movement, points out that the shame around mental illness diagnosis “literally kills our possibilities of having something different.” While the stigmatization of mental health further amplifies the issue, many consider efforts into combatting misconceptions through education as ground zero for a better tomorrow.

As Kuntz puts it, “It’s important to keep in mind that stigma comes from a lack of knowledge about an issue. Mental illness is a complicated condition that is impacted by both biological susceptibility and environmental factors. It is still something that scientists are working to fully understand.”

And both creating and maintaining mental health care facilities in less populated states and areas are a real challenge. Hard to get them open in the first place and then ever harder to keep them open. “The crisis funding for mental health is incredibly hard to make sustainable,” Kuntz says, “especially in rural communities that may not have everyday usage.”

He further elaborates that “step one in the effort to better understand this growing public health issue is to teach people what this is. The state of science of what we know and what we don’t know. After that, you can begin to teach people more about what these conditions can do to people’s lives. The combination of understanding and empathy can drive change.”

Although that ‘change’ Kuntz alludes to is especially difficult to create and maintain for rural communities, NAMI Montana’s resources include education materials, a direct support line, support groups, and a county-by-county mental illness resource guide.

From a Montana Public Radio report comes some hopeful signs:

Limited access to therapists, cost and stigma around mental health can make it difficult for rural Montanans to get the care they need. Now, Bozeman researchers are testing and adapting a new online program that’s been shown to side-step those barriers and reduce depression and anxiety for adults. Bill Bryan says people living in rural parts of the state face extra hurdles to getting mental health support compared to their urban counterparts. Bryan is the co-founder of the non-profit organization One Montana, which seeks to bridge gaps between urban and rural Montana.

“If you live in Circle, Montana and you want to see a therapist and you have to go to Billings, you know, that’s a long drive and then you’re supposed to go back in a month,” Bryan said.

While the best methods of practice depend on regionality and population, a universal aim is moving towards better, well-funded long term treatment and improving mental illness diagnostic systems. “Scientists have taken dramatic steps toward that in the last ten years,” Kuntz says, “and hopefully the next ten will give us the science that we need to help so less people’s lives [are] derailed by symptoms beyond their control.”

And while we are so far from utopia, the immediate and attainable possibilities are endless, such as pushing beyond the immediate need for law enforcement, to instead create sustainable community care reliant on a more educated and humane American populace. From a more rural perspective, Kuntz’s Montana-based expertise offers propositions into regional access to crisis care and spectrum of services for different types of crisis situation(s). “Part of this can come through mobile crisis care, but at some point there is no getting around the need for a place for people to go when they are in crisis. The economic and staffing challenges of having crisis care for every rural community are probably prohibitive, but it would be nice to have crisis care facilities in every community that is big enough to have a Walmart.” 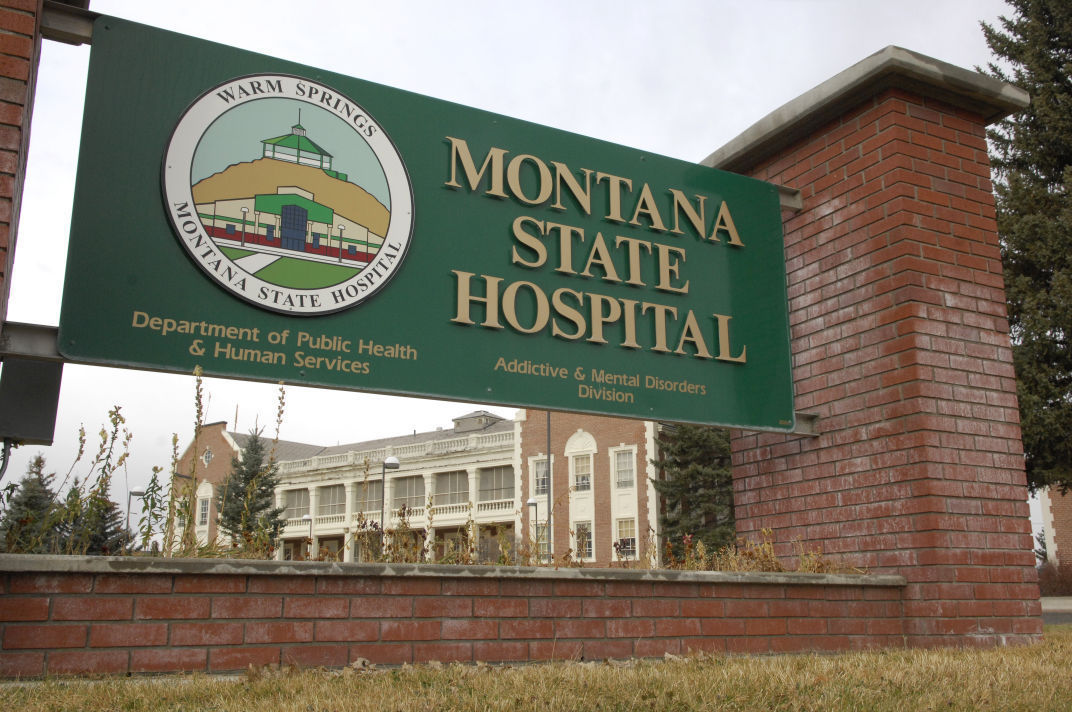 An opinion piece in the Billings (MT) Gazette from 2018 stated that after the state of Montana cut payments, “the Mental Health Center eliminated 20 case manager positions. Those bachelor’s degree professionals helped seriously mentally ill people navigate the system upon their discharge from Warm Springs [Montana State Hospital]. Now there are no such navigators for most MSH patients who return to Billings needing housing, health care, and other basic services. ‘They’re basically discharging people to the streets,’ Carl Eby, of the Billings Mental Health Center told The Gazette. ‘It’s a systemic problem. It’s everybody’s problem.'”

Bedlam ends on an ER doctor who set a date for quitting her long term position and reasons that “as long as doctors tolerate these working conditions and the outside world won’t know what’s going on, then nothing will ever get better.” Her candor is only magnified when juxtaposed against the evolving international upheaval caused by COVID-19. The limited and expensive systems of care for mentally ill have only magnified but organizations such as NAMI have moved their services online via telehealth and are helping to access masks and other personal protection equipment for those in need.

As Kuntz points out, “In a time of crisis, we can’t afford to leave any room for ambiguity in how to get help, and where.”

Writer Rooney Elmi is the creator of SVLLY(wood), an irregular feminist movie magazine and co-founder of NO EVIL EYE, the nomadic microcinema. She is currently based in Columbus, Ohio.

A Day in the Life of a Rural Doctor

Dr. Leslie Hayes, co-star of the film The Providers, writes a diary of one day on the job as a rural family doctor.