Teachers Beat the “Macho Culture” in Prisons through Art Programs

In the early 2000s, Hollywood invested in the urban fairy tale where a teacher is called into the principal’s office of a school in a low-income, broken part of town and is requested to help “build character and morale.” (Think Samuel L. Jackson in Coach Carter, Antonio Banderas in Take the Lead and Hilary Swank in Freedom Writers). The “happily ever after” was usually the students graduating high school or even getting into a prestigious college with the credits rolling to some inspirational Hip-Hop/R&B song that inspires teachers and parents to never give up on their kids.

Unfortunately, we live in a reality that doesn’t have enough Samuel L. Jacksons and Coach Carters or even ballroom dance and poetry classes to help keep kids in school and out of prison. Approximately 2,500 minors sentenced to life this year may not graduate from high school or attend college; prison art programs and their teachers are these inmates’ last hope of rehabilitation and sense of purpose.

“There’s so many things [inmates] can’t do from prison, but they can write screenplays, they can write poetry, they can write books,” said filmmaker and Los Angeles facility screenwriting class instructor Gabe Cowan in PBS’s Independent Lens documentary feature They Call us Monsters. “What else are they gonna do for the next 90 years?”

Prisons and schools may at first seem diametrically opposed because academia and the critical thinking that comes with it encourage questioning.

“Prisons are closed institutions in which control is the primary concern and questioning authority is not tolerated,” says Duke University researcher Heather Jane McCarty.

However, prisons that do invest in teachers to facilitate art programs have been carrying positive results.

Tom Lackey, a Republican state assemblyman who is a retired California Highway Patrol officer, has a prison in his district and visited a theater program there. “Six million is no joke,” he told The New York Times of the statewide funding. “It was, ‘O.K., I’m going to watch this incredible waste of money.’”

But he wasn’t prepared for the impact.

“I could tell it was building morale and self-respect among inmates, which is hard to do,” said Lackey. “How do you measure the value of a person in dollars? This in an investment that yields a return.”

Interdisciplinary research suggests a strong correlation between practicing creativity and the development of the right brain, which enables a person to attain higher-order thinking skills and greater emotional self-regulation such as focused attention, intellectual flexibility, patience, self-discipline and the ability to work with others.Laura Pecenco, an associate professor of sociology at San Diego Miramar College and founding director of Project PAINT at the Richard J. Donovan Correctional Facility sees the shift in attitudes between inmates in the prison yard versus the art studio.

Project PAINT has given Donovan facility inmate Royce Casey, one of the people responsible for the death of Elyse Pahler in 1996, empathy and a greater understanding of the scope of his crime.

“The person whose life I took loved art,” said Casey in a San Diego Union Tribune feature about Pecenco’s program. “I’m able to see what I took away from someone.”

With 93% of the prison population being male, hypermasculinity is an apparent issue due to the power dynamics between prisoners and guards and the need to be the “biggest and baddest” among the prisoners themselves.

The great majority of adolescent boys and young men who are being pushed and pulled through this pipeline are very often denied the opportunity to learn other models of manhood, are rarely taught gentler and less confrontational ways of standing up or standing out, or given the opportunity to excel through the exercise of their intellect or sensitivity rather than physical intimidation.

With art programs and the support of teachers, these inmates are given access to a safe and healthy way to express, release, and navigate instances that trigger destructive feelings such as anger and aggression.

Susan Turner, a professor of criminology, law and society at the University of California, Irvine, is evaluating the state’s new initiative for the William James Association, a nonprofit specializing in arts programs in nontraditional settings.

“Art resonates,” Turner said in an interview with The New York Times. “People want to believe that the arts make a difference.”

In a 2014 Justice Policy Journal Study conducted by Larry Brewster, professor of public administration and former dean at the University of San Francisco, 100% of the 49 inmates who participated said arts education helped them with self expression and 75% said it relieved stress and made them feel happier. Out of the 61 inmates who have never taken an art class before, 96% enjoyed it “very much” and 62% of them got along better with their inmates within a year.

“They all welcomed me,” said Richert. “They were stumbling over themselves the first day, to make sure I knew they were intelligent, conscientious, and, most importantly, not the kind of guys I should feel nervous around. These efforts affected me almost immediately. Strangely I felt myself thinking of the class the way I would any other.”

Richert’s film that his students at San Quentin got to watch.

Similar to the endings of Hollywood films on teachers where the tables turn and the teacher realizes the lasting impact the students have made on them, Richert’s experience also shaped his outlook on the prison system as a whole.

“At best, I provided them with an intriguing weekly respite from their day to day, and they changed me in ways that are both simple and hard to articulate,” said Richert. “I miss them. They were perhaps the most enthusiastic and focused class I’ve had. They seemed the happiest of all my classes, for the instruction I gave. Even though I don’t know any of their personal reasons for being inside, it seems unfair that many of them have nothing ahead of them but a life of this.”

“Rehabilitation seems like it ought to be a more nuanced process,” Richert added. “I am a visual and experiential learner and to see and understand that first hand is what most changed me and my relationship to our prison system.”

In California, juveniles between the ages of 14 and 17 can be tried as adults and receive sentences longer than their natural life expectancy. As They Call Us Monsters reveals, in the last four years, the state has passed bills to decrease juvenile sentencing – a move that re-sparked a national debate over whether these kids have the capacity to change at all yet alone whether art programs can be a catalyst to it. 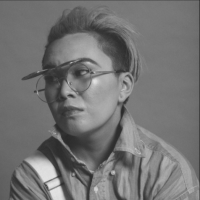 Chang is a San Francisco-Bay Area native and Korean Pop-star in the making whose favorite Harry Potter spell is Sectumsempra. Hobbies include reading to #StayWoke, trying to memorize Lafayette's rap verses in Hamilton the Musical and writing for PBS's Independent Lens.
VIEW ALL POSTS BY Chang