An immigrant story with a (glazed) twist, The Donut King follows the journey of Cambodian refugee Ted Ngoy, who arrived in California in the 1970s and, through a mixture of diligence and luck, built a multi-million dollar donut empire up and down the West Coast.

After Ngoy escaped the brutal Khmer Rouge in Cambodia, he eventually was able to start his first donut shop in Orange County, California, and his Christy’s Doughnuts became a rapidly expanding chain of success. Over the next decade, Ngoy also sponsored hundreds of visas for incoming Cambodian refugees and offered them steady employment in his donut shops. But after living his version of the American Dream, everything came crashing down for Ngoy.

A story of immigration, assimilation, prejudice, and who gets access to the American Dream—and what happens when you achieve it—The Donut King is also about how the American Dream gets handed down and evolves from one generation to the next: the film includes the current generation of Cambodian donut shop owners and the ways they have been inspired by and diverged from their parents and grandparents before them. 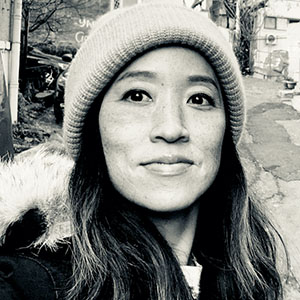 A Los Angeles native, Alice Gu began her career as a Director of Photography, working with renowned directors Werner Herzog, Stacy Peralta, and Rory Kennedy, among others. She was cinematographer on Take Every Wave: The Life of Laird Hamilton, a documentary directed by Academy Award-nominated director Rory Kennedy. The Donut King is Alice’s feature directorial debut and was selected to premiere in competition at SXSW 2020.

Have you been a customer of the donut shops featured in the film? What are other incredible American Dream stories for refugees? And do you have a favorite donut?