For years, conceptual artist Ai Weiwei has been bringing worldwide attention to China’s authoritarian regime through his artwork and his deft use of social media. And every step of the way, China’s leaders have been trying to figure out how to deal with Ai as he seeks to bring transparency to a traditionally opaque government.

They’ve tried to enforce his silence in every possible way. They track him constantly. They’ve attempted to bribe him. They’ve demolished his huge, newly completed art studio. They’ve beaten him to the point of needing brain surgery. They’ve offered him government positions. They’ve jailed him for 81 days. They’ve shut down his blog. They’ve taken away his passport.

But nothing can keep the burly Ai down, and nothing can muzzle his irreverent dissidence. Ai, one of the world’s most compelling and appealing activists, is well known for his use of mocking humor. But he means serious business.

His strength emanates from deep in his roots. Ai’s father, a famed poet, was first imprisoned by the Nationalists, then later exiled by the Communist Party. Ai had a ringside seat to the humiliation heaped upon his father and the difficulties his family endured because of it.

While Ai’s life under the government’s constant scrutiny has been difficult and sometimes painful, the regime’s actions have only served to help him gain a devoted following around the world.

“Without the cat-and-mouse [game] that the Chinese authorities instigate, Ai wouldn’t have nearly the profile he does,” Alison Klayman, director of Ai Weiwei: Never Sorry, told Wired.com.

Editors of ArtReview magazine recently named Ai the most powerful artist in the world. His highly varied works of art draw packed crowds wherever they’re displayed. But it’s his way of communicating about them — and about his government — that really keeps his message in the spotlight.

Ai’s life, like his art, is ever evolving. When the government shut down his blog, for instance, he felt discouraged and helpless. “And then some guy said, ‘I opened a miniblog for you,’ ” he told Time magazine. “It was just one sentence — 140 characters. Twitter was like a poem. It was rich, real, and spontaneous. It really fit my style. In a year and a half, I tweeted 60,000 tweets…

“This [technology] really changes the landscape of the political situation. In the past, only the powerful could make their voices heard. Today anybody with clear thinking or a special way of understanding will be recognized.”

While living in China from 2006 to 2010, freelance journalist Alison Klayman produced radio and television feature stories for media outlets including PBS’s FRONTLINE, NPR’s “All Things Considered.” She also began shooting her film on Ai Weiwei, following the artist for three years and gaining unprecedented access to his life and work. The film has been translated into more than 24 languages and has won many awards, including a duPont-Columbia University Award for Excellence in Broadcasting. It was also named one of the top five documentaries of the year by the National Board of Review. 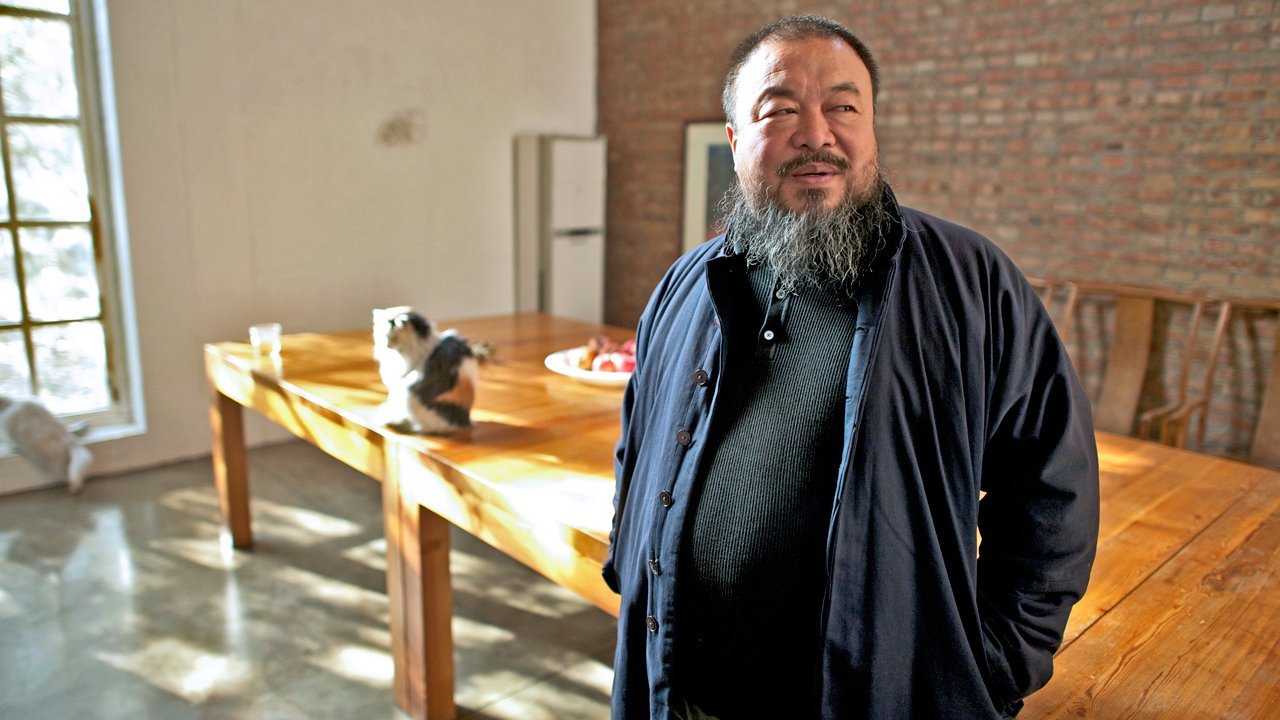 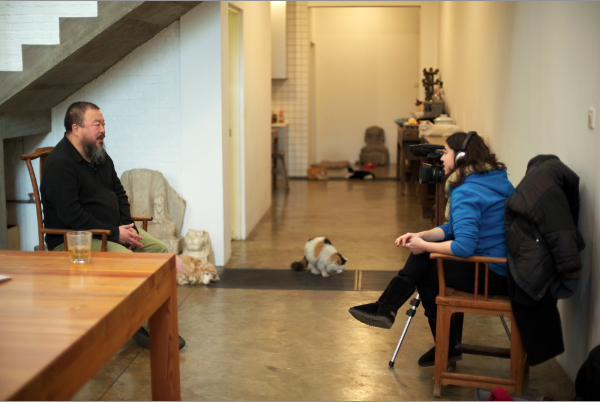 Ai Weiwei: Behind the Scenes Twitter Chat with Alison Klayman 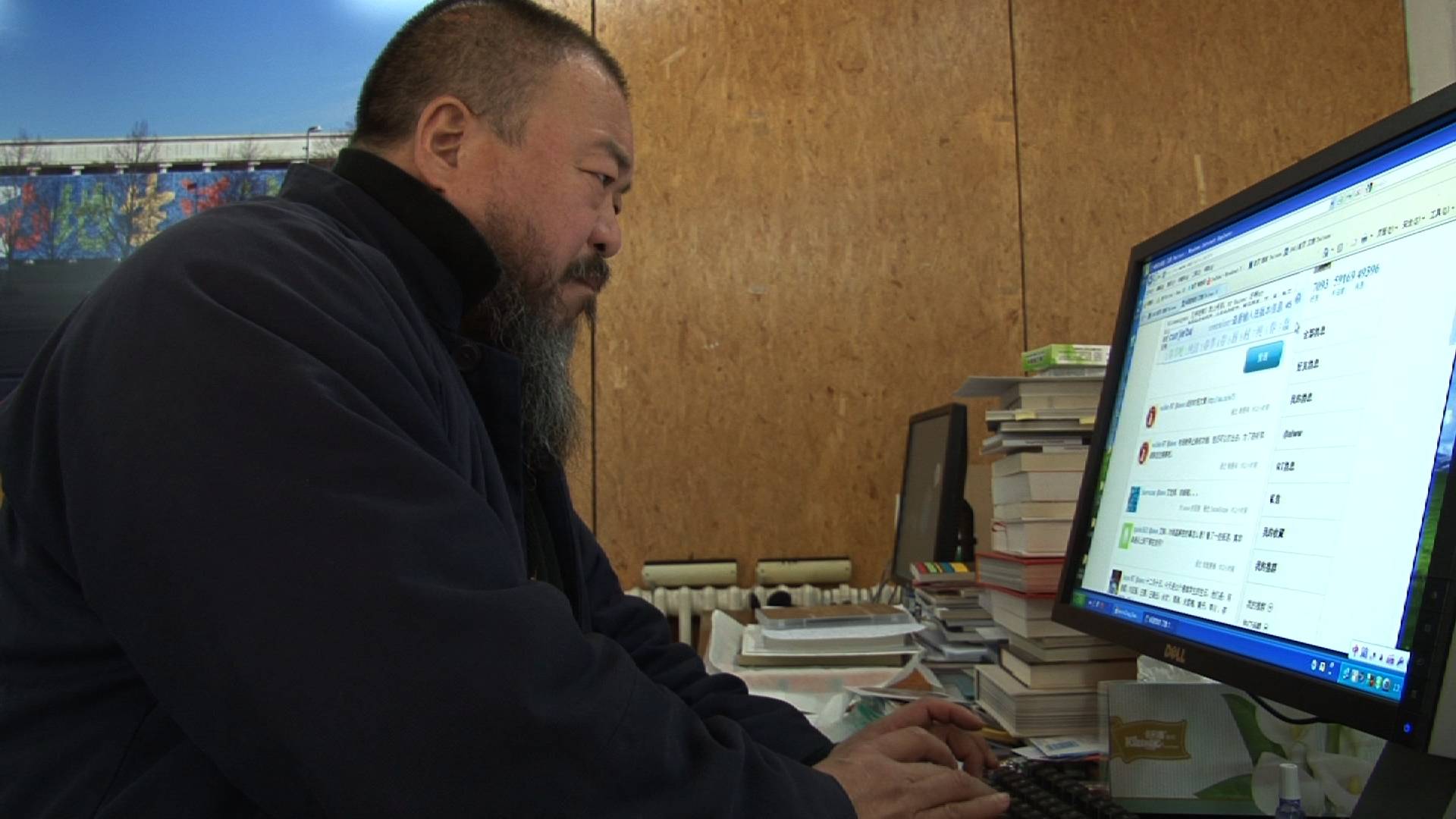 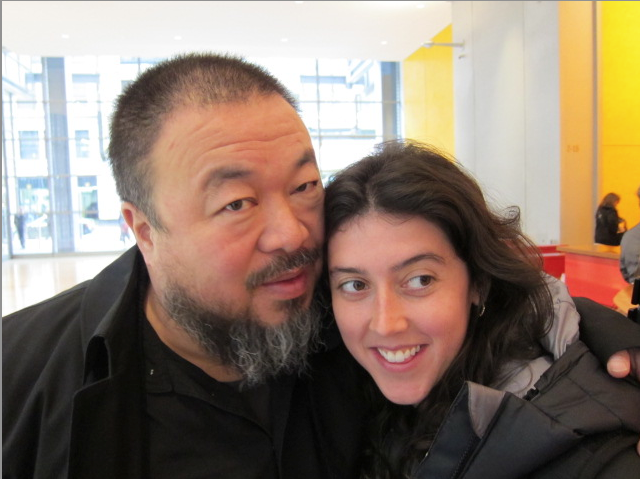 Ai Weiwei takes tremendous chances with his use of social media and art to call attention to governmental wrongdoings. If you lived in China, would you dare to speak up?