A resurgence of Native dishes satisfy a new generation hungering for insight and culinary delight.

Purveyors of America’s Indigenous foods are forging a resurgence of native dishes that satisfy a new generation hungering for insight and culinary delight. Meet three talented young Indigenous chefs — Brian Yazzie, a Navajo/Diné chef originally from Arizona, now based in Minnesota; Kalā Domingo, a Hawaiian culinary student and heir to his dad’s catering throne; and Hillel Echo-Hawk, a Pawnee-Athabaskian chef and caterer in Seattle – all preparing foods from their native cultures that sustained their communities for generations. From wild rice bowls and sumac duck confit to poke and imu-cooked kalua pig, to honey Lakota popcorn, see how cooking connects each of these chefs to their own histories, and what they in turn can teach others with mouth-watering delicacies. 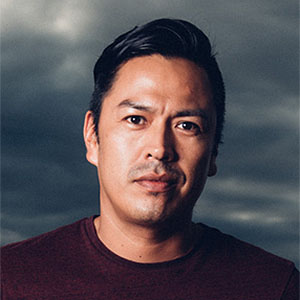 Billy Luther (Navajo, Hopi and Laguna Pueblo) director/producer of the award winning documentary, Miss Navajo, which premiered at the 2007 Sundance Film Festival and aired nationally on PBS' Independent Lens that same year. He studied film at Hampshire College and worked on various projects for the New York City based Smithsonian National Museum of the American Indian's Film & Video Center. His second documentary feature Grab premiered at the 2011 Sundance Film Festival and aired nationally on Public Television that same year. He co-directed the Native America episode for the MTV documentary series Rebel Music– which was MTV’s highest viewed/shared content in their history of online programming. His latest short documentary film Red Lake had its world premiere at the 2016 Los Angeles Film Festival and was nominated for Best Documentary Short at the 2016 International Documentary Association Awards. Luther's films have also screened with the American Documentary Showcase, a collaborative program with The State Department and US Embassies around the world. He served on the Sundance Institute Alumni Advisory Board and the International Documentary Association Board of Directors. In 2018, Luther will launch his web-series alter-NATIVE for PBS’ IndieLens StoryCast exploring the world of Native Fashion designer, Bethany Yellowtail.